“Feminist” Is Not a Dirty Word

On Mondays we’re sharing personal stories from Christian women who identify as feminists. We hope that these stories will broaden our understanding of this important social movement and give us a fuller context for our conversations about equality in the Church.

I was having a casual night in with some friends when one of my male friends said something (I can’t remember what), and I responded, “Sexist!”

He responded, “Feminist!” to which I said, “Proudly.”

That was the end of that but our short exchange was oddly similar to two small children hurling insults at each other on the playground.

I think the word “feminist” is about as dirty as the word “Christian.”

Of course it’s not the words that I want to wish away; rather, it is the negative connotations that have infected the original simple ideas. Take a poll asking what the word “Christian” means and you will find the most beautiful and the most bizarre responses to a word that simply means “follower of Christ.”[1] We’re basically a group of people committed to living like Jesus did.

The word “feminist” has become a sad reminder that the belief in equal respect for women has become so abnormal, that those who subscribe to it should be called something.

Why don’t more of us find it confounding that any man or woman who believes in equality is so striking, so bold, and so unorthodox that (s)he essentially becomes a new creature that should be named and studied in a lab? Just like what has happened with the Christian movement, there are some feminists who take feminism to odd extremes and it taints the beauty of an originally simple message: women are people with value and men are people with value.

I can’t recall when I “became” a feminist but here I am and, actually, Jesus is to blame.

At the beginning of John 4, Jesus sat down at a well and had a conversation with a woman. By verse 39, she was evangelizing her entire town and bringing them to Jesus. Many people came to believe Jesus was the Messiah because of the things she said. I don’t recall a point in John 4 where Jesus turned to her and said, “You know, as a woman, you really shouldn’t be preaching.” The Jesus I read about growing up looked a lot like a feminist.

The scriptures many men and (sadly) women use to devalue femininity in the Church are shoddy at best and badly beaten out of context. It amazes me that so many people proudly hold them up as their main support for Christian-based sexism while ignoring the time, culture and surrounding verses that birthed those scriptures. As a result, a big portion of the Church of Jesus Christ has become a machine that drives the subjugation of women. I suspect that is not something Jesus would have wanted.

Back to the story I started with.

That the word “feminist” should be thrown back at me as though its negative connotation was on par with that of the word “sexist” was sad to me. Sexism has destroyed many young girls.

When I think about the problem of modern day slavery (75% of reported human trafficking victims are female; 98% of sexual trafficking victims are female [2]), I cannot help but trace it back to the problem of sexism and patriarchy. What can we expect from a social structure that preaches that women are intrinsically worth less than men and were placed here for their pleasure?

I can distinctly remember being about 8 or 9 years old and wanting to be a “pastress” because, “actor/actress, pastor/pastress, right?”

Then I left my bubble and found that there were sects of Christians (remember that word?) who didn’t even believe women should preach. I am still waiting for a scientific argument on the correlation between one’s genitalia and one’s ability to understand and convey a message.

I am thankful for people who actually do their research diligently. I am thankful for a wonderful male pastor who encouraged me as I wrestled against a giant mountain of bad church tradition. We must be cognizant of the fact that we are spitting out commentary on a book that wasn’t written in our century, in our town or even in our language.

I think we should approach forming conclusions a bit more reverently.

[2] A21Campaign – The Problem of Trafficking

The Christian Feminism blog helped me a lot through their biblical series on women in leadership. It is perfect for people that want a more in-depth study of feminism as it relates to Christianity, specifically. I really enjoyed the article, Forbidding women teachers or false teachers? 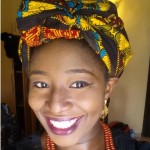 was born in Cameroon and raised in Nigeria, Jamaica, and Mississippi. She studied Computer Science up to a Master's level and now works as a freelance web and graphics creator. She loves to sing, write, play the guitar and have deep conversations about life.