I’ve had many great conversations with my fellow brothers and sisters in Christ, many of whom disagree with my belief that in Rom. 16:1-7, Paul commends Phoebe as an ordained deacon, Junia as an Apostle, and Prisca as the pastor of a local church (along with her husband). They contend that these women in Romans 16 were NOT female leaders who held positions of authority in the New Testament Church.

In my opinion, each of their arguments is based on either a misreading of the text out of context, faulty manuscripts, or mistranslations of the Greek. It is my hope that, as I address each of these arguments,  I present a convincing defense of my belief that not only should women be ordained today, but that God has always called women to ordained ministry and the Church is just now waking up to that fact.

An Apostle, a Deacon, and a Pastor Walk Into a Bar

Junia the Apostle
I believe that in Rom. 16:1-7, Paul commends Junia as an apostle.
The argument presented against this claim is that, due to a misplaced accent mark in Rom. 16:7, the feminine name “Junia” may actually be “Junias,” a male name(1).

Likewise, the early Fathers uniformly recognize that this passage refers to a woman named Junia (3). As John Chrysostom writes,

To be an Apostle is something great. But to be outstanding among the Apostles – Just think what a wonderful song of praise that is! They were outstanding on the basis of their works and virtuous actions. Indeed, how great is the wisdom of this woman that she was even deemed worthy of the title of Apostle. (4)

Some have argued that Paul merely meant that Junia and Andronicus were missionaries “sent” to minister in a general sense (“apostolos” means “one who is sent”), and did not mean that they were Apostles in the proper sense.

But it is clear that Paul intends to communicate that Junia and Andronicus are Apostles because he mentions them by name. The only other Apostles he ever mentions by name are the Twelve, himself, Barnabas, Silvanus, and Timothy; all of whom have been recognized as ordained clergy in the apostolic line of succession by the later Church. It goes to follow then, that Junia and Andronicus are as well (5).

It seems to me that Jesus chose twelve male, Jewish apostles (and not twenty, or four, or three) because he was restoring a new Israel from the old. Just as the old Israel had twelve sons from which the nation sprang, so the new Israel had twelve new sons from which would spring the Church. And just as the old Israel expanded to include many sons (rather than remaining only twelve always), so the new Israel would expand to have many apostles, but now with both women and Gentiles equally among their number, among the first being Junia. And if the bishops (used interchangeably with “elder” in scripture) are the successors of the apostles, then surely there must be female bishops and elders just as there were female apostles.

Phoebe the Deacon
In the case of Phoebe, it has been argued that she did not hold the official position of “deacon”, but that she may have been a “deaconess” (6), or that she was a servant or even hand-maid, as the Greek word for “deacon” can also mean one of these (7).

That Phoebe is a deacon and not a deaconess is clear from the Greek, where Paul uses specifically the generic male noun “diakonon” to describe her – the exact same noun he uses to describe his own office in Romans 15. The fact that many of our English translations call her a “servant,” while translating the same word as “deacon” when referring to men, betrays a bias on the part of the translators who assume the title should only be given to men.

Furthermore, Phoebe bears the authority to act as Paul’s representative in Rome, as evidenced by Paul’s introduction of her in Romans 16.1-2, and his use of the Epistolatory formula “systemi de hymin” to commend her as “adelphe hymon” or “our sister,”(8).

Prisca the Pastor
And in the case of Prisca (or Priscilla), it has been argued that she cannot be called “pastor” because she and her husband must have led something akin to a Bible study in their home and not an actual local “church” in the full sense of the word. But it is clear from Paul’s writings that he considers her church as an organized, local congregation, evidenced by his technical use of the word “ekklesia” in Romans 16.5 to describe it (9).

It is also clear that Paul considers Prisca and her husband equals in ministry, as is strongly suggested by his description of them as “fellow workers” in Romans 16:3, by the fact that both Aquila and Prisca correct Apollos’ teaching in Acts 18:26, and by the fact that both are frequently mentioned together in Paul’s writings (Prisca being mentioned first, more often than not) (10).

I am convinced that God has always called women to ordained ministry and that God is calling women to ordained ministry today. Please understand, my position is not the result of postmodern influences or attempts to make Christian leadership more socially acceptable. My position is an exegetical corrective and not a social one. To maintain that women should not be ordained and should not lead congregations is to ignore the evidence for female leaders cited above, and stands in opposition to the work of the Holy Spirit. 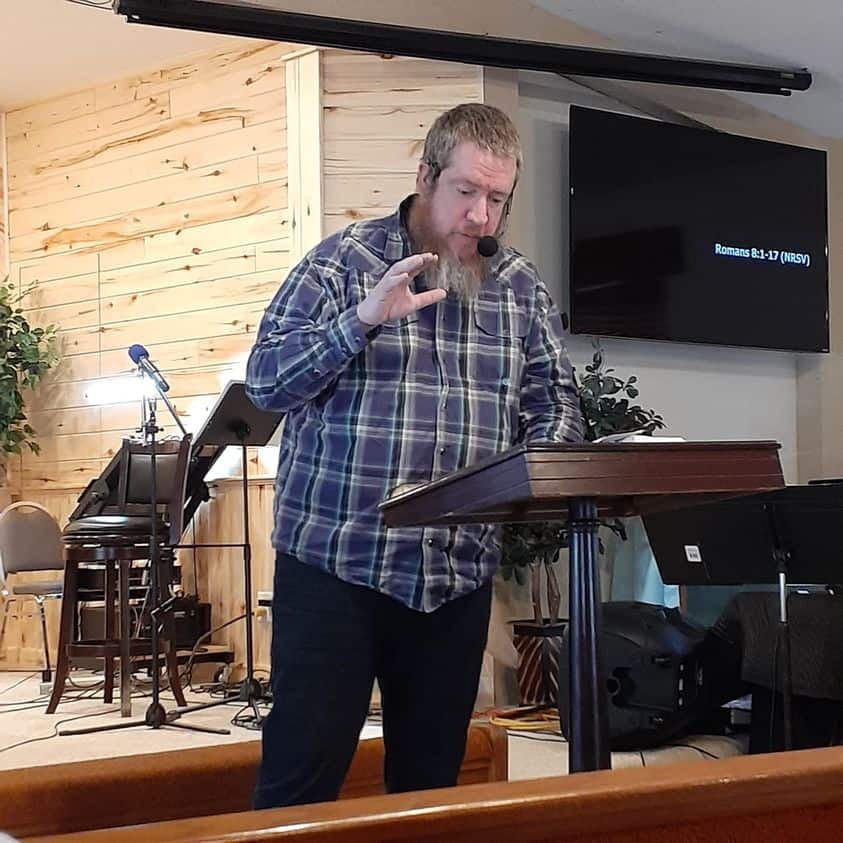 Ian originally hails from Marshalltown, Iowa. In college, he was active in the Navigators and Frontiers Missions. While deployed to Afghanistan with the U.S. Army in 2013, Ian discerned his call to full-time ministry. He currently serves as the Lead Pastor of Cortez Church of the Nazarene in Colorado. Ian has an A.A.S. in Flight Operations (Cochise College), a B.A. in Political Science (University of Northern Iowa), and an MDiv (Fuller Theological Seminary). Ian loves wrestling with the tough questions of life and faith over coffee and getting hopelessly lost in the mountains. He and his wife, Marcia, have four beautiful children.