Seeing Myself in the Texts of Terror

I tried to go in. I thought it would be a good thing to try to go to church again. It had been a few months. But when I walked in my breath got quicker and my anxiety rose. I figured maybe it would be better to enter in the dark and sit in the back. But then they gave time to greet each other, and I just panicked and I left. I still don’t feel like I can trust them.

“Hi, I am a sexual assault survivor”.* Many of my good friends don’t know this about me. I lead a very normal, and I like to think “successful” life, whatever that may mean. But September 28th marked the five year anniversary of my assault. And, try as I might, I am still not “over it”.

I was assaulted by a member of my Christian host family while attending an immersion semester at a Christian college in Southern California. My story was then invalidated by the director of my program and I was told the assault was my fault by my host mother.

All that to say I have a few scars and some very bitter, very tender, parts of me where people who called themselves Christians have not been trustworthy. Because of this and other experiences, I have stress reactions when I walk into a church. I also have trust issues when I try to date. It’s messy and it’s painful. And I haven’t yet figured out how to hold these experiences with humans separate from the God that they claimed. So most days, I don’t try. (And that hurts too.)

One day as I was going through some old writings from college I stumbled upon a reflection I wrote in a theology class. We had discussed the “Texts of Terror”, a term created by Phyllis Trible to refer to four narratives of disturbing violence against women depicted in the Old Testament.

The class, understandably, was triggering for me and afterward, I wrote a reflection to process. I remember weeping over these stories as I wrote. I had studied the patriarchs, I had studied the disciples, but these were women were like me. And here they were; their messy, painful stories recorded in the sacred texts.

This reflection spoke to me in the present and stuck with me, reshaping (again) the way I understand my own story and my relationship with God.  It reminded me of a truth I had forgotten: I am not unseen. I am not alone. It’s ok to be messy, to be tender, to not have it all worked out, even years later. I want to share this reflection, because maybe there is something here for you, too.

These are the words of the Shema—the prayer of Israel, the declaration of God’s people. When I read this, I am reminded of the oral tradition of the ancient Israelites. Hear Oh Israel – Literally: Stop, listen, and acknowledge our God.

The Israelites spoke their beliefs and their oral traditions out loud as a way of collective remembrance and acknowledgment. This rhythm, this oral tradition, runs throughout the Bible and is largely lost in our everyday lives. In its original context, the words of this holy book were meant to be heard and remembered within a community setting.

The more I study the Bible, the more I am constantly in awe of this thousand-year-old masterpiece. Its nuances and practices are so beautiful and so intrinsic. Yet, if I am to study the book in its entirety, I must acknowledge that there are texts that are deeply disturbing to me.

Professor Phyllis Tribble poignantly called these passages the “texts of terror.” These are stories I never learned growing up in Sunday school. Conveniently missing from the felt boards; too dangerous for children. Yet these stories are recorded in the Bible. By the very nature of their existence in the text, these women’s narratives were spoken aloud with the same diligence as the stories of Moses, Isaac, and Joshua.

These texts include Hagar, who was used by one of our greatest patriarchs before being sent out into the desert to die; Tamar, who was abused by the men who should have protected her; an unnamed concubine of a Levite, who was raped, murdered, and dismembered by a priest; and the daughter of Jephthah, who lost her life in sacrifice for her father’s promise. I understand these texts as both a solemn reminder and a compassionate invitation.

These horrific stories, spoken aloud as sacred text, invite broken and abused people to be a part of the narrative.

The fact that these women occupy the same space in the Bible as the renowned patriarchs reminds me that our God invites the broken to be an essential element in the redemptive narrative and demands that they be remembered and honored. Today, we have largely let go of the Israelites’ oral traditions. However, these narratives must not be forgotten, lest we forget and repeat the mistakes of the past. Instead, we remember with reverence and we honor these women for what they endured, many times at the hands of “men of God.”

How many of us see ourselves in these narratives?

In remembering these texts of terror, we invite other broken people into the narrative, validating their pain and their journey. The telling itself is an acknowledgment that there is an Author who is not afraid of the messy and the anger and sorrow. Let us be people who are not afraid to embrace those who are broken and bitter. Let us be people who are comfortable sitting with others in the uncomfortable. Who do not shy away from the horrific stories and the people these stories include.

Let us mirror our Creator in telling survivors that there is a place where their story will be heard. That the telling of their story must affect change in our community. That their experiences are absolutely valid.

This is the work of the people of God.

And I want to tell you, in case no one else does: Reader, you are not alone. It is absolutely ok to be messy, to be tender, to not have it all worked out. There is grace for that. And there is a God who remembers and validates your story.  For now, I’ll leave you with a few present-day thoughts from a woman who is still in pain, and still in progress, but who has a little more hope than I did yesterday.

I know the “texts of terror” all too well
Their narratives have been grafted into my narrative.
The women you so often forget are the ones who are
My mother,
My sisters,
The ones who keep me going.
Because each time I tell their stories,
Read them from the God-breathed text,
I tell my own.

I tell their stories so that the world may not forget.
So that I may be reminded,
Of the strength of survival.
So that I will not forget
Will not forget
Oh God, help me not to forget–
That You have not forgotten me.

*For the record, I am also the oldest of five sisters, an ultra-marathon finisher, a great cook, a terrible karaoke-er, with a career in hospitality consulting, and a fierce love of doughnuts. For me, more than for you, I feel the need to remember- and declare- that I am a full person, and more than my survivor status.

Posted in Personal Stories, Women and the Bible
Tagged as Hannah Gaddini // texts of terror in the bible // women in the old testament 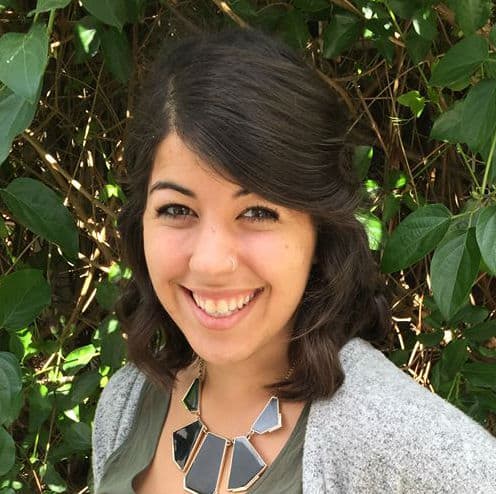 While originally from the San Francisco Bay Area, Hannah has made Bend, Oregon her home for the last few years. She works in the tech sector, holds a formal degree, and several certifications. However, she firmly believes that her most educational experiences have taken place outside the classroom, learning from women during her work in refugee crisis zones and in wilderness therapy. Hannah is an avid runner and climber, and is constantly seeking to learn how she can be a woman who better supports other women.