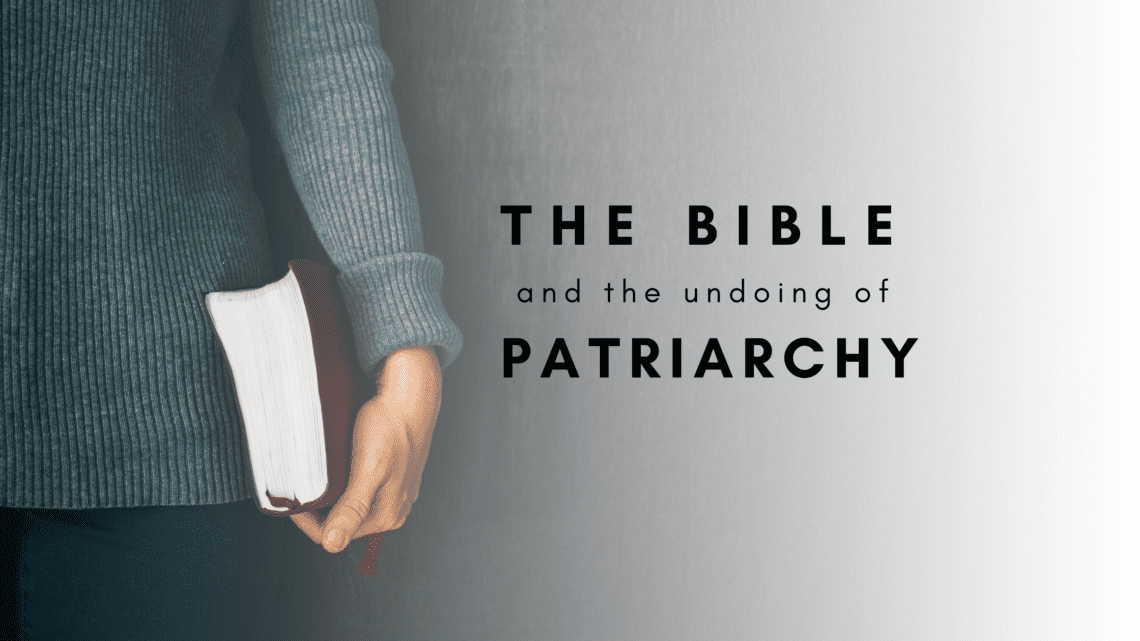 Editor’s Note: On January 25, 2022, we came across this remarkable Twitter thread summarizing the biblical argument against patriarchy. The author, Dr. Beth Felker Jones, kindly gave us permission to share it here.

The Bible really is quite clear about patriarchy.

From creation (which tells us about God’s good will), women are explicitly made in the image of God. That’s revolutionary.

Adam and Eve are side by side (where’s the rib located?) partners, she is “ezer kenegdo,” where “ezer” is used elsewhere to refer to God’s strong help in God’s relationship to Israel.

Adam and Eve are given shared work to do — the good creation mandate (fruitfulness and dominion), is for both together.

Sexually differentiated bodies (the very existence of women) are a created good. Women: God made us; God loves us.

There is no mention of subordination or hierarchy before the fall, but patriarchal disruption of the male/female relationship is a hallmark of sin.

Under sin (Genesis 3), the shared work of the creation mandate is divided and comes under the reign of death.

Eve gets fruitfulness, conceptions multiplied because children will die.

Adam gets dominion, made burdensome by “thorns” and the possibility that the family that needs to be fed might starve.

Under sin, Adam blames Eve for his sin, refusing to take responsibility for it (still happens when people tell some weird story about how Adam should have been a better leader and kept Eve from apple-eating).

(Eve blames the serpent, but that doesn’t seem particularly pertinent to the patriarchy question, though it certainly matters for the sin question).

Under sin, the marital relationship is disrupted; now her desire will be for her husband (instead of for God? instead of for the good work of the creation mandate? Because of the vulnerability of death, especially with childbearing + death and the need for male protection?)

And–UNDER SIN–he will rule over her. It’s not a stretch to call patriarchy a chief hallmark of life in a sinful world. The goodness of created gender difference is distorted into hierarchical difference, which denies the full imago Dei in the woman.

But sin is not God’s last word to patriarchy.

In patriarchy, goods flow from everyone else TO the patriarch. He gets the capital and the good bits of meat and the respect and the privileges. This is not God’s good will, says Israelite law.

In Old Testament law, the father is to sit at the center (not the top) of the family/household structure, there to ensure that goods flow FROM him TO the more vulnerable members of his household, to his wife, children, servants, and animals.

He’s there to give, not receive. His strength/power/privilege in a world of death is for the protection of the vulnerable. (it’s almost like it’s a Christological ensign or something, but I demur).

The Song of Songs gives us a portrait of mutuality and delight, where man or woman can say to the other this is my beloved AND my friend. (And that portrait is also mysteriously a portrait of God’s love for us, just wait until Jesus says he’ll make us his FRIENDS!)

The Song of Songs hearkens back to the garden, back to before the disruption of patriarchy, and it hearkens forward to the marriage supper of the Lamb. It gives us a glimpse of living in redemption.

What about all the bad stuff that happens to women in the Old Testament? Polygamy, rape, etc.? The fact that something happens in the Bible doesn’t mean the Bible is endorsing it.

This stuff is descriptive of a sinful world, and Israelite law is always pressing against it, FOR the protection of women, against the rather brutal patriarchal norms of the Ancient Near East.

Bring on the New Testament.

God chooses a woman, our friend Mary, to bear the saving one in her very flesh. She tramples the serpent, and lets it rip against sin–pretty explicitly including patriarchy–as she sings the Magnificat.

Jesus, in his incarnation, dignifies all human flesh, and the denigration of women for being bloody and birthy and such is undone, as it always was really, from creation, and will be in final redemption.

Jesus treats women as people. Some of his besties are women. (Can women and men be friends? Unequivocal biblical answer = yes, see Jesus, Mary, and Martha).

Jesus undoes the sine qua non of patriarchy — men holding women as property rather than persons– when he redefines marriage. No longer is marriage a property arrangement. It is a holy covenant, between two image bearers, a sanctifying sign of God’s fidelity to us.

(All this happens when Jesus makes it clear that adultery is not a property crime but a violation of covenant; adultery is not damage to a man’s property, it is now something a man can commit again his wife; see Matthew 19).

(The Bible’s undoing of slavery follows this same line, as slavery is an extension of patriarchy. I imagine this is why we see a few desperate folk trying to offer a “Christian” defense of slavery; they aren’t wrong that patriarchy has to fall if slavery does.)

And Jesus commissions the woman at the well as the first evangelist, sending her to her village to tell all about him. He similarly commissions the women at the tomb to preach the gospel of his resurrection. A woman anoints Jesus. “By pouring this ointment on my body she has prepared me for burial. Truly I tell you, wherever this good news is proclaimed in the whole world, what she has done will be told in remembrance of her” (Matthew 26:12:13). She, too, tells the gospel.

What about Paul, that old patriarchal annoy-er?

Like with Old Testament law, if we know anything about New Testament society, we can see Paul pressing against patriarchy again and again.

One of the wildest places is where he tells men their bodies aren’t their own in marriage (1 Corinthians 7:3-4). Wait? Women aren’t property men own? Men are in some kind of actual mutual relationship with women?

There are two kinds of obvious gender texts in Paul: the ones that look like they tell women to submit and be silent, and the ones that seem to give women surprising gospel roles, like preaching and such.

There’s a ton of careful, persuasive New Testament scholarship that convinces me that women preaching and teaching was the norm, with circumstantial exceptions. I can’t go into all that here but learning about what circumstances could well have required an exception and thinking about where Paul may well be quoting his opponents are two persuasive moves.

But most persuasive, to me, is the way women fit into the big picture salvation narrative, from creation to redemption, as beloved image bearers with good work to do, who are being redeemed in Jesus.

Paul has female friends and colleagues who are doing gospel work with him. Phoebe is a deacon (Romans 16:1), Junia is an apostle (Romans 16:7), Priscilla explains “the way of God…more accurately” (Acts 18:26).

Then we’ve got the equalizing of baptism (Galatians 3:27-29). Where the covenant sign of circumcision was for male bodies; baptism marks all bodies, including female bodies).

Bring on the Holy Spirit.

The Spirit descends in power, and Peter quotes Joel (the unity of Old Testament and New Testament again!) to the effect that the Spirit empowers all flesh (Acts 2:14-21). Spirit gifts are anti-patriarchal. Sons and daughters will prophesy.

The gifts and fruits of the Spirit (like the creation mandate) are not gender divided.

Where the ancient world understood women’s bodies as for the good of patriarchs and for reproduction, the New Testament says our bodies are for God (see Romans 12).

This is why early Christian women were able to choose a vocation other than wife/mother (the wife/mother vocation remains GOOD, it’s just not the only possibility anymore). Some now choose celibate singleness for a life of service.

But wait, don’t they need a man to protect them? No, the CHURCH will provide for the widows and virgins, freeing them to do the gospel work they’re called to do.

Bring on the New Heavens and the New Earth, where God will fully redeem all flesh.

While certain Gnostics or suspicious Christians wondered, in ancient times, whether women could possibly be resurrected, the Bible is pretty clear about that ALL FLESH business.

One could call the dismantling of patriarchy a key descriptor of redemption. See good old Matthew 20:25-28; “But Jesus called them to him and said, ‘You know that the rulers of the Gentiles lord it over them, and their great ones are tyrants over them. It will not be so among you; but whoever wishes to be great among you must be your servant, and whoever wishes to be first among you must be your slave; just as the Son of Man came not to be served but to serve, and to give his life a ransom for many.”

Shall we go on sinning that grace may increase? Absolutely not. The Bible has begun the process of undoing of patriarchy in the world, and we in the church are empowered by grace to live differently.

Sisters, a sinful world says otherwise. A sinful world acts otherwise. But God made us. God loves us. God has good work for us to do. And God is tenderly inviting us into redemption in Christ our Lord.

Patriarchy is sin, and it’s being undone in Jesus.

Posted in Women and the Bible
Tagged as patriarchy 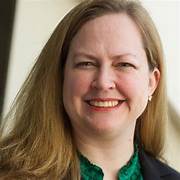 Beth serves as professor of theology at Northern Seminary in the Chicago area, where she directs the doctoral program in doctrine, theology, & practice. Her delight is to serve the church by training and equipping leaders and laypeople in the joys of Christian theology. Beth is married to Brian, and lives in Wheaton, IL with their four children and two dogs. She holds the MTS and PhD from Duke University, and writes about theology of the body, the importance of doctrine for the church, and Christianity and gender.