The Quick Start Guide to Equality in Genesis

The creation accounts in Genesis are of utmost importance when discussing gender relations within the Church.

“Creation order” is a foundational claim of complementarians, who root their beliefs in the idea that since man was created first, it means that men must lead women. But does Genesis truly reveal a God-ordained male headship through creation order? A close look into the creation account will provide us with a fuller understanding of God’s intentions for men and women.

Genesis 1:27 states that, “God created mankind in His own image, in the image of God He created him; male and female He created them”. Verse 28 goes on to say that God blessed “them” and spoke to “them”. This is the first mention of mankind. It’s important to see that male and female are mentioned, and the blessing that was bestowed on “them”.

The Hebrew word used for mankind in verse 27 is “‘adam” which refers to humanity as a whole [1].

We don’t see the proper noun, Adam, used until Genesis 4:25, so this common noun refers to the whole human race. One thing that is important to note is that the Hebrew language does not contain a gender neutral pronoun, therefore the word mankind was used.

Many complementarians do not refer to Genesis 1 in the formation of their doctrine, unless it is to make the announcement that God created Adam first, not necessarily acknowledging the fact that the more accurate definition of ‘adam would be humankind.  Egalitarians find Genesis 1 to be very telling of God’s heart for equality because these verses make it clear that both men and women were created in God’s image, after which he blessed them.

The blessing of Genesis 1 was given to both male and female, demonstrating God’s heart towards us, and revealing the creation of both in God’s image.

Genesis 2:18-25, the more in-depth account of the creation of woman, is where much of the complementarian position originates, but modern English translations of the Bible do not do this passage justice. Genesis 2:18 is translated, “The Lord God said, ‘It is not good for the man to be alone; I will make him a helper suitable for him’”. The popular King James Version uses the phrase “help meet” which is often the terminology used in Christian circles when referring to a wife (KJV, Gen. 2.18).  Help meet, or its common alternate “helpmate”, reduces a woman to a role of simply helping a man, indicating a subservient status.

But this doesn’t even begin to express full effect of “ezer kenegdo”, the Hebrew phrase used here, which holds much more meaning than a simple helper.

“Ezer” is a term that was often used in reference to God being Israel’s help in times of war. This isn’t a term of subjugation or of emphasis on the person being helped, but instead an empowering presence, a presence that assists when the subject is unable to get the desired result. When paired with the word “kenegdo” which means, “a compatible partner (assistant or protector at his own level)”, we see that this actually indicates comparable operating forces; equality.  A breakdown of the word kenegdo, kemo meaning “the same as” and negdo meaning “corresponding, equal and adequate to him”, shows a double emphasis in the equality of women with men. The accurate translation of this Hebrew phrase makes more of a case for equality than it does for male authority. (Read more about the origins and meaning of ezer kenegdo here)

Genesis 2:19 speaks of man naming the animals, which was a direct result of the blessing of dominion declared in Genesis 1. Man exerted his authority over the animals that God created, but through this activity, he noticed that he could not find a suitable partner. God held the solution to the problem of loneliness and lack of human relationship, and removed a portion of man while he slept. Genesis 2:22 states that God, “fashioned into a woman the rib which he had taken from man”.  This formation of woman was the culmination of all creation.

Yet again we find that the English word “rib” used here doesn’t adequately depict what was taken from man.

The Hebrew word used is “zela” which often means “a component, or more often, a side-wall” (alternatively, a chamber), indicating that more than simply a rib was taken [2].  Many scholars believe that the entire female essence was removed from man and fashioned into a woman. This would mean that the “mankind” in chapter 1 could have been an undifferentiated or androgynous person, with the blessing of male and female being a declaration in anticipation of the separation of the sexes in Genesis 2. The woman was then brought to the man who said, “This is now bone of my bone and flesh of my flesh; she shall be called woman, because she was taken out of man”. The Hebrew words used for woman and man here are “ishshah” and “ish”, respectively [3]. This is the first time that a specifically male reference is made, and it happens at the time of the creation or extraction of woman. (Up to this point, the more generic “adam” was used.) Instead of pointing out differences, I think the man was actually pointing out similarities. They were both two of the same kind, and suitable for each other. Man was identifying woman as “of himself”.

Complementarians like to say that the man asserts his authority over woman in Genesis 2:23. This simply isn’t so.

What sets humans apart from all other species? We are identified by our proper names! Man was identifying woman as part of himself, which is unlike the naming formulas laid out in the Bible (typically “X called his name Y”). This would look like “Adam called her name Eve”, but this doesn’t happen until after the fall. Genesis 3:20 shows the proper naming of Eve, which follows the fall and the declaration of the curse.

Genesis is a beautiful treasure trove of gender equality!

God in all of His glory, deemed humans as worthy to carry His image. He created men and women in this divine image, then separated us, to be joined together to become one in marriage. Although complementarians tell a different account of creation, the original Hebrew language seems very telling of God’s heart towards equality.

When looking at Genesis, men can see that they don’t have to rule over women and bear the pressure of the sole responsible party. Genesis reveals that the woman was not an after-thought or a housekeeper only meant for subservience, but beautifully included in the master plan.

When joined together in unity, men and women offer a completed picture of the image of God to the world, and what a beautiful picture that is! 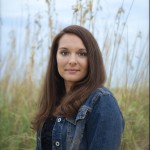 author of the book Redefined: Curbing the Spin on the Proverbs 31 Woman, is a biblical egalitarian who believes in the inherent value, worth, beauty, and empowerment of all women. She is the wife of a U.S. Army veteran, homeschool mother of five wonderful children, and full time student. Click on Hannah's name to visit her at www.proverbs31redefined.com.