Whispers of Hope and Subversion in the Old Testament 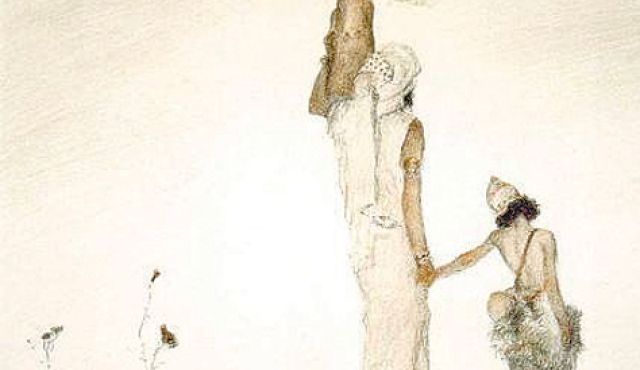 In her last point Megan wrote this:

For almost all of the women I’ve talked with who strongly believe in egalitarianism and a feminist hermeneutic, there was some tipping point in their lives that made them reconsider their understandings.

My tipping point involved a change in how I interpreted and understood the Bible, in how I encountered God through Scripture as a woman.

My views were challenged when ministry opportunities in my complementarian church intersected with my seminary studies. The more ministry experience I gained, the more I found myself dreaming of doing things on the other side of the gender barrier like teaching and preaching. I wanted to believe that God’s purposes for women included occupying spaces men had reserved for themselves. But I needed my belief to be grounded in something more than my own dreams or a cultural trend.

The shift started with my first class “Biblical Perspectives of Women”, taught by a professor who kept her personal views to herself and allowed the students to figure out their own. We studied biblical passages and books like Women in Ministry: Four Views that offered arguments on both sides of the issue. But the class only frustrated me as each side, in my mind, offered equally convincing arguments. It was like the crazy debate over #TheDress with people seeing the same picture and coming up with opposite interpretations, one insisting the dress was “blue and black” while the other saw “white and gold.”

I kept waiting for someone to produce the real “dress”; to discover conclusive evidence that one could not apply a “plain” reading to the problem passages for women. I waited for someone to nail the “ninety five theses” to a door and cause a reformation for women similar to what Luther did for the doctrine of grace. (Okay, I know that’s a bit dramatic.)

It was discouraging to have only two options available to me — either an outright rejection of the authority of Scripture or a stubborn but inconsistent application of a simplistic, literal reading of the text.

I kept hoping the patriarchal world of God’s Word had something to say to me other than silence and submission and smallness.

As I began my Hebrew and Old Testament studies, the text became more nuanced and layered. Understanding Hebrew literary technique opened up a new world of exegesis and interpretation. It also confronted and challenged my past training in biblical studies that was inadequate to deal with the violent and dehumanizing treatment of women in the Old Testament [1].

To move in this ancient world I had to develop new ways of seeing and discerning God in the midst of troubling and sometimes contradictory texts. I developed what Jacqueline E. Lapsley calls a “hermeneutic of informed trust.”[2]  As a believer committed to the full authority of Scripture, such a hermeneutic has allowed me to encounter God in Scripture no matter what the text says on the surface, no matter how disturbing the description of women’s experiences.

I choose to proceed with one main assumption: that I can trust the God of love and justice to offer “whispers” of hope for women despite the broken, sinful culture from which the text speaks.

With this hermeneutic, the Old Testament has become a world of subtlety and subversion, of mystery and beauty, of affirmation and empowerment.

I remember the first time I heard someone offer a whisper of subversion from the text. It came from Carolyn Custis James when she came to the seminary to present her book When Life and Beliefs Collide. I finally heard what I had been waiting for—an application of sound biblical exegesis to the phrase ezer kenegdo.  Often translated as “suitable helper”, this phrase in Genesis 2:18 is one of the oldest sources of diminishment for women. Citing the original Hebrew meaning of the words and noting other instances where ezer is used in the Old Testament, James offered another translation; strong warrior. [3]

“Suitable helpmeet” transformed into “strong warrior.” With this empowering title what woman would want to go back to second-class human?

Not me. And James made that possible by putting a megaphone to a beautiful whisper in Scripture. It may seem strange that I became an egalitarian through the back door of Old Testament patriarchal culture and history. But it worked for me because the whispers of subversion became louder than the voices of patriarchy and oppression. Those whispers sounded like God. My Old Testament studies gave me permission to rethink the New Testament and how its writings might also be subversive to patriarchy. Eventually I followed those whispers into the egalitarian camp. I was all in.

The hermeneutic of informed trust was the tipping point for me.

Since that time I have witnessed an explosion of academic and pastoral books framing the lives of women in the Bible in new and empowering ways. I especially appreciate the books that dig deep to reveal subversion within the text, whether the author was aware of it or not. It’s one thing to analyze the stories of women and then recast their character and contribution to the biblical narrative in a more positive and sympathetic light through the eyes of a female reader. It’s another thing to detect an underlying resistance to patriarchy through the storytelling or poetry of a male author who lived within the patriarchal culture he was subverting.

Sarah and Hagar: The Center of Abraham’s Story

Frymer-Kensky gives another example of a whisper of subversion in her analysis of the story of Abraham and Sarah found in Genesis 12-22. [4]  The chapters are laid out in a “chiasm,” a common Hebrew literary structure.

Western thought tends to move in a linear fashion; stories move from an introduction to a conflict and end with the climax and resolution. The trip has a one-way direction. A chiasm has a different progression. The trip is a two-way one – the journey in also has a journey out. The turning point identifies the main point or central story. You can tell you have a chiasm because there are repeating elements (words, phrases or themes) surrounding the central point. [5]

Lot has to be rescued from the destruction of Sodom (Gen. 18-19)

The chiasm reveals that the central story concerns Sarah and Hagar.

With the help of the biblical author we find a structural layout that whispers subversion under the surface of the dominant patriarchal perspective. By focusing the spotlight on the women in this way, God the Divine Inspirer of Scripture resists man’s efforts to be the center of God’s story.

I believe God has never really ignored the plight of women but has been subverting patriarchy since the fall of humankind.

More whispers have been found and others have yet to be discovered. I am hopeful that over time these whispers will combine into one unified shout for the end of patriarchy and the reformation of the church into a community of mutual partnership and ministry.

[1] Judges 19 is one example of this dehumanization in the Old Testament.

[2] In Whispering the Word Jacqueline E. Lapsley, associate professor of Old Testament at Princeton Theological Seminary, defines the “hermeneutic of informed trust” as being informed by history, tradition and experience. Such a hermeneutic “frees us to encounter God in Scripture—frees us to expect that God is telling us something significant, even revelatory, about ourselves, about who God is, and about our life together.” (p. 19)

[3] James develops this game-changing understanding of Eve and women in the book, Half the Church: Recapturing God’s Global Vision for Women. Read an excerpt here.

[4] See Tikva Frymer-Kensky. Reading the Women of the Bible: A New Interpretation of Their Stories.

[5] Click here for another example of the use of  chiastic structure in the Bible.