What You Need to Know About Bathsheba 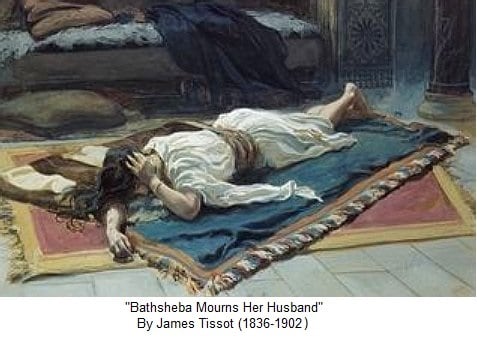 Like many other children raised in the church, I grew up hearing the famous stories of Scripture.

Noah’s ark, Samson’s strength, and Gideon’s fleece colored my childhood imagination. From very early on I noticed that the women of the Bible, with the exceptions of Esther and Ruth, always seemed to have boring, sidekick roles to play while the men enjoyed the leading parts. This presentation of Scripture reinforced what I was taught as the biblical ideal of gender: men lead and women are their helpers.

Over the last few years, my theology has been transformed with the realization that God has not actually created anyone for small parts in his story (Galatians 3:28). As I processed the implications of this new point of view, I began to see the power of women in the Bible in bringing about God’s kingdom. These women lived in patriarchal societies, but their influence was deep and lasting – I just never had the eyes to see it before.

My Sunday school teachers called her an adulteress, but in recent years many have challenged this point of view. The definition of “power rape” seems to apply to Bathsheba’s situation, and nowhere does Scripture condemn her as sinful.[1] In fact when her relationship to David is mentioned, the only one declared sinful is him (2 Samuel 12:1-6).

The Bible does not explicitly state that Bathsheba knew David personally before her assault, but what we know about her family suggests that she had known David on some level before she was summoned to the palace. Her father, Eliam, was one of David’s mighty men (2 Samuel 23:34), as was her husband Uriah. In fact, Uriah had a history with David that preceded David’s life in the palace, and he knew the king intimately from their days serving together on the battlefront (2 Samuel 23:39).

Bathsheba’s grandfather, Ahithophel, was David’s chief counselor, a position that placed him above even the priests. Eventually, Ahithophel betrayed David and attempted to overthrow him as king by aiding Absalom’s rebellion. Interestingly, one of Ahithophel’s admonitions to Absalom was that he take the harem of the king (2 Samuel 16:21-22). We are never given a reason for Ahithophel’s treason or his interest in the king’s harem, but it is possible that that death of Uriah and the plight of his granddaughter, Bathsheba, had much to do with his decisions.

Whether or not Bathsheba had already met David or only knew of him through her grandfather, father, and husband, she was eventually called to the palace.

Like her husband, she had very little choice but to obey the king’s summons or risk death for defying him. Uriah chose to defy the king because he understood that the king’s orders did not align with God’s commandments, but there is no reason to suspect that Bathsheba knew why it was that the king ordered her to the palace. In the end she did not lose her physical life like Uriah did, but she did lose her rights to her body, her husband, and eventually her child (2 Samuel 12:15-18).

Through this incredible suffering, what is most lovely about Bathsheba is her steadfast faithfulness to God.

Even in the middle of her trauma, she is conscious of Yahweh’s commandments as she performs the ritual post-coital washing that the law required whether the sexual relationship was licit or rape (Leviticus 15:18). The only time we hear her voice is when she sends a message to the king announcing her pregnancy.

She is essentially at the mercy of the men in her life. Her husband can take her life when he hears of her pregnancy, and she cannot appeal to the law to protect her as an innocent victim for it is the king who has violated her. So she waits as her future is decided by the choices of David and Uriah.

In the end, Uriah’s righteousness cost him his life, and Bathsheba is brought to the palace to take her place in the harem as another of David’s wives. However, her story is far from over. It is through these traumatic circumstances that Bathsheba discovered God’s purpose for her.

Refusing the identity of David’s victim, Bathsheba instead became Solomon’s – and by consequence, Israel’s – heroine.

Solomon, her second son with David, was promised the throne, but the completion of that promise was endangered by the internal strife in David’s family as his children jostled for power (1 Kings 1:13-17 & 1 Chronicles 28:5).

It was Bathsheba who quietly approached elderly and ill King David to inform him of his son Adonijah’s plot for kingship and remind him of his promise to Solomon. She reminded David that both she and Solomon would be in danger if he did not act on their behalf. Because of her boldness and the prophet Nathan’s confirmation of her words, Solomon was given the crown.

Scripture gives every indication that Bathsheba shared a close relationship with her son after his coronation. She crowned him with his wedding crown (Song of Songs 3:11) and was given a seat of honor in his throne room as he listened carefully to her advice about his kingdom (1 Kings 2:13-21).

Despite what I understood in Sunday school, Bathsheba never simply faded into the background as David and his sons took center stage. Her influence in Jewish and Christian history was at least as profound as that of any biblical hero.

Aside from the history-changing actions of Bathsheba, her wisdom lives on through the words of Solomon in Ecclesiastes, Song of Songs, and in many of the Proverbs.

Most notably is the famous Proverbs 31 passage that has both inspired and frustrated women worldwide. King Lemuel, generally accepted as a pseudonym of King Solomon’s, introduces Proverbs 31 as an oracle his mother taught him.

If King Lemuel is in fact King Solomon, Proverbs 31 likely contains the very words of Bathsheba.

It is especially poignant that Bathsheba would make it a point to teach her son to “speak up for those who cannot speak for themselves, for the rights of all who are destitute” (Proverbs 31:8). No one had spoken up for her or defended her rights when she was stripped of her life as Uriah’s wife and placed in the king’s harem. Bathsheba’s life did not take the course that she anticipated, but her story reveals the character of one who discovers the purpose God has for her despite extraordinary suffering and subjugation.

As a woman living in a world that still wants me living a secondary role to men, I am inspired by Bathsheba.

She faced tragedy that I cannot even comprehend: rape, the murder of her husband, the stillbirth of her child, and the loss of her home and family for the sake of a man’s lust. Yet she was hardly a victim of her circumstances. Bathsheba embodied the strength of passive resistance that honored her God and changed her world. From her I have learned that God is never limited by the boundaries that society or the church places on its daughters.

Even though the stories of powerful women often go unnoticed, God used women to usher in his kingdom throughout scripture. He still does.

[1] For a compelling argument that Bathsheba was the victim of sexual abuse at the hands of King David, see Davidson’s excellent article, “Did King David Rape Bathsheba? A Case Study in Narrative Theology.” 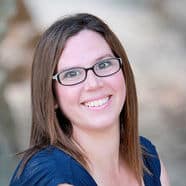 lives with her husband, Dan, and four young sons in Southeast Asia where they are involved in local anti-trafficking efforts. When she isn't working, stepping on Legos, or breaking up light saber fights (in other words, after bedtime), she is usually geeking out on theology or advocating for Christian involvement in social justice issues. Her first novel, Yielded Captive, was published last spring.