Co-Pastoring & Marriage: 5 Things That Helped Us Survive It All

My pastor friends ask, “How can you work with another co-pastor?”

My married friends ask, “How can work with your spouse?”

To be honest, there was a time when my answer would have been, “I don’t know and I don’t wanna.”

My husband Tim and I have been co-pastoring the church of our dreams for the last three years. But believe it or not, co-pastoring was not in our “life plan”. Early in our relationship we struggled with anxiety about the balance of our individual callings, and how life and ministry would unfold for each of us, together.

In our early days of dating and marriage we had seen very few co-pastor models, and the models we had seen didn’t make us crave the possibility. Some might say that Tim and I are both “strong personalities,” which seems like a nice way of saying that we are annoyingly extroverted and stubborn as all get out. How do two people like us work together?

To give a bit of perspective, the worst fight of our wedding planning had nothing to do with colors, flowers, or guest lists. No, we fought over which scripture passages required further exegesis in the ceremony.

We assumed that co-pastoring would be disastrous for our church and for our marriage.

But our days in education and preparation were humbling… deeply humbling. We no longer looked at ministry as a career path to pursue, but as a sacrifice of our lives and our life together. It changed everything.

We never put resumes out for co-pastoring. Shockingly, that’s not a category on monster.com. We never sought the position we hold now. Somehow, when Bakersfield First Church of the Nazarene heard about us, they didn’t ask about “Tim” or “Shawna”, but “Tim and Shawna”. And with some divine intervention we stumbled into a wonderful, “yes.”

On our drive from Chicago to Bakersfield, with our 4 month old son and dog in the back seat, we had endless conversations about how to divide responsibilities and manage tasks as co-pastors. We felt we came to some very wise and reasoned decisions, most of which we threw out the window in the first 6 months of co-pastoring.

But over the last three years I feel like we have learned so much and grown so much. So if you are asking either of the two questions which began this post, here are 5 things that have helped us survive and even thrive as co-pastors and as a couple.

The most frequent suspicion about co-pastoring is that “someone has to be in charge”. On which desk does the proverbial buck really stop?

Ephesians 5:21 has become an important verse for our ministry. Co-pastoring works because Jesus has charge over our church, life, and marriage. We submit to one another out of our love for Christ.

Many friends have told me, “I could never work with my spouse, it would be terrible for our marriage.” Learning to co-pastor was not without great pain and grueling self-examination. But three years in, I can honestly say that our marriage is so much better than it has ever been!

The false narrative that “someone has to be in charge” has infected far too many Christian marriages… and this narrative is simply not Christian! Christ is the head of a Christian marriage, and Godly men and women happily and joyfully submit to one another in a love shaped on the cross to the glory of God the Father.

2. Advocate for One Another

We were only dating when the idea occurred to us that it might be difficult for both of us to pursue a calling to ministry. Which one would get the job that moved us here or there? Would we take turns pursuing this calling? Would one of us be on the sidelines for a season?

Young and naive, Tim and I vowed that we would always advocate for the other. I would never push forward my desires, ambitions or career. Instead, I would make my primary task to promote and encourage his aspirations and dreams. I would do this with the reassurance that I had an advocate too. Tim would likewise not pursue his own desires or ambitions but be my advocate in ministry and life in every way possible.

Advocating for each other has been harder in some seasons than others. But we’ve learned the harder it is, the more necessary it is. Tim left an ocean view office in San Diego when I asked that we move to Kansas City to attend seminary. I gave up an incredible ministry opportunity back in California to live through the bitter winters of Chicago while he worked on his Ph.D. I’ve shed some tears but I’ve never regretted being his advocate. Not one loss. Not one sacrifice. Not one good-bye. Never.

When our children were both new borns, up at all hours of the night, we made a rule that nothing we said to each other at 2am could be held against us. This tipped us off that timing and talking is important.

When you work together, live together, and raise kids together, that’s an awful lot of together. As much as co-pastoring weaves something beautiful of church, life, and family, we’ve learned that there must be boundaries for each of these things.

One night I came back from a late night hospital visit. It had been emotionally exhausting. I told Tim all about it as I got ready for bed. Relieved to have gotten that experience off my chest, I settled into my pillow and got a great night’s sleep. Tim laid awake for hours bearing the burden I had just unloaded.

We decided that after about eight at night it becomes really unhealthy to talk about anything relating to the church or ministry. It makes it hard for our brains to wind down from the day and can potentially stir up two tired pastors to bicker or stress when we need to be cuddled on the couch in our jammies with a bowl of popcorn. After eight we can talk about the kids, bills, Jimmy Fallon, and how much I hate our cat… but not the church, because we want to love each other and the church for a very long time.

4. One Office, Two Pastors, One Voice

I know I have advocated for mutual submission under the Lordship of Jesus, and these two points need not contradict as the office of pastor is submissive to Christ, and in that, a servant leader. There is one office from which a local congregation receives a vision of Kingdom life embodied in the context of a particular community and people. There is one office that cares for and oversees the preaching and teaching of the Word and administration of the sacraments.

We don’t always agree on everything and we often make mistakes. I’ll give someone an answer, not knowing that Tim had been asked first and had given a different answer. But we both respect the sharing of one office and in doing so, we are careful to speak with one voice.

We are careful to talk through most important matters before we are ever put on the spot. But there are still times when Tim says something in a board meeting and I disagree or I make an announcement in church that makes him uncomfortable. When these things happen, we do not contradict one another. We speak with one voice. What he says, I say. What I say, he says too. Kinda like good parenting!

As hard as it can be to share the burden of pastoring with your spouse, we also share the great joys and, let’s be honest, the hilarity of church life. I have had run ins with people – made in the image of God, bless their hearts!!! – that requires some side splitting laughter… alone in my prayer closet of course. I can’t share that moment with anyone in the church… except my co-pastor. As great as jammies and popcorn are, nothing relieves the stress of a long day, week, or month in ministry like tears-down-your-contorted-face-I-just-might-pee-my-pants laughter. 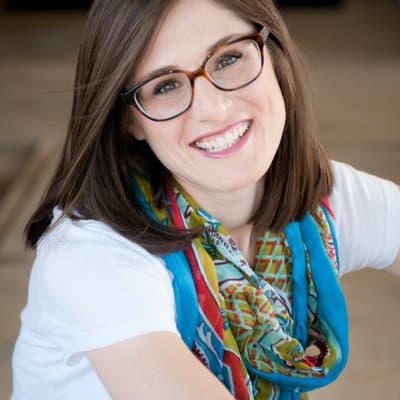 serves as the lead pastor of Trevecca Community Church in Nashville, Tennessee. She previously served as chaplain at Trevecca Nazarene University, as co-pastor of Bakersfield Church of the Nazarene in California, and as a youth pastor in Chicago. She is the coauthor of two books, "A Seat at the Table" and "Kings and Presidents", with her husband, Tim.