Ephesians 5:21-33: How Paul Turns Headship on Its Head

Ephesians 5:21-33 is often cited as a proof text to endorse male leadership in the home. In this text, wives are instructed to submit to their husbands as to the Lord, because the husband is the head of the wife as Christ is the head of the church. Pretty clear, right?

Well, perhaps not. As with the other passages, we need to consider the broader context to discern what’s going on.

The most important thing to notice is that the relationship between husbands and wives is not the main theme that Paul is addressing.

His broader theological concern is life in the Spirit, thus the general principle he asserts is “Be filled with the Spirit . . .” (5:18b). He then expounds on a number of applications of this principle, one of which concerns the way Christian husbands and wives are to relate to each other.

Of course, we fail to see that life in the Spirit is Paul’s main focus if we only read verses 21-33 of Ephesians 5 (or worse, if we begin at verse 22). Sometimes preachers are guilty of isolating the text in this fashion. For example, some appeal to this text as a kind of handbook for Christian marriages, perhaps as part of a sermon series on godly relationships in the home. Unfortunately, this misses the point of Paul’s discussion and ends up misapplying the text.

Sometimes bad translations have contributed to the problem.

For example, the original NIV (1984), which is the text that many evangelical pastors grew up reading (myself included), misconstrued the structure and grammar of Ephesians 5:18-21. The original NIV employed five sentences to express six separate commands, as depicted in the following diagram:

However, the Greek text on which the NIV was based has only one (long) sentence that expresses just two commands: (1) “Do not get drunk”; and (2) “Be filled with the Spirit”.

The second of these commands is followed by 5 participles (-ing words) that serve as applications of the command. These are (a) speaking to one another, (b) singing, (c) making music, (d) giving thanks, and (e) submitting to one another. The following diagram depicts the grammatical structure of the Greek text (compare it closely with the previous diagram!):

This structure makes it clear that Paul’s words about submission in marriage are given as an application of his primary theme, which is life in the Spirit.  So far so good. But, why does Paul tell wives to submit to their husbands? Why is this an apt expression of their life in the Spirit?

It’s important to notice that Paul does not simply tell wives to submit.

In fact, he begins the subsection 5:21-33 with the participial phrase submitting to one another, which he directs to all . . . wives to husbands (verses 22-24) and then husbands to wives (verses 25-33). The author does not repeat the verb ‘submit’ when applying v. 21 to either wives or husbands. He simply says “wives, to your husbands” and then addresses husbands by telling them to love their wives. So Paul is encouraging mutual submission in the home, wives to husbands and husbands to wives. Why then does he switch from “submit” in verse 21-24 to “love” in verses 25-33? We’ll come back to that shortly.

Though Paul is talking about mutual submission in Ephesians 5, in verses 22-24 he emphasizes the need for wives to submit to their husbands. We’re not sure why, exactly, because Paul doesn’t tell us. But given the contextual nature of Paul’s letters, it is likely that he was writing to address specific issues the church was facing. We know that the church in Ephesus was having problems with false teachers, and many of these were women who were abusing their newfound freedom in Christ. Paul is concerned that such women were threatening the social order, which would create unnecessary impediments to the hearing of the gospel among the unevangelized.

We see this kind of concern elsewhere, for example in 1 Peter 3 (see this post) and in Titus 2:5 where Paul writes that women are “to be kind and subject to their husbands so that no one will malign the word of God.” Paul is not an egalitarian in the modern sense. He takes for granted the traditional household codes of the ancient Greco-Roman world and does not seek to overturn them, at least not directly. Instead, his approach is to accept the traditional household arrangements of the ancient world on the surface while subverting them from within. He does this with his rather shocking instructions to husbands.

Paul tells husbands to love their wives. He moves from submission language in verses 22-24 to the language of love in verses 25-33. In so doing he is not softening his instructions to the men, but intensifying them. According to the broader context of the passage, there was something wrong with the men in Ephesus. They needed to be instructed to love their wives (5:25-33), to discipline their children with gentleness and godly instruction (6:4), and to treat their slaves with dignity (6:9). Paul seeks to break this pattern by appealing to Jesus as the model of selfless love. Just as Christ loved the church and gave up his own life to save her, so husbands are called to love and serve their wives.

These are shocking instructions in the context of the ancient Greco-Roman world. Ancient sources do not speak frequently of husbands loving their wives. Husbands had relatively few obligations in the home beyond providing food and shelter. And women were generally regarded as inferior. They were expected to take the religion of their husbands. They were often viewed as less intelligent and less moral, a source of sin and continual temptation for men. Paul is speaking into this context and seeking to subvert it.

So does Paul teach male headship in this passage? Yes! . . . well, sort of!

He does say that husbands are the ‘head’ of their wives just as Christ is the head of the church. On the other hand, he goes out of his way to subvert common notions of male leadership. Paul is both assuming and subverting male headship at the same time. In essence, he’s saying:  “Yes, husbands, you are the head! . . . Now here’s what it looks like to be the head when you acknowledge Christ as Lord and seek to live life in the Spirit.”

The kind of headship that Paul endorses in Ephesians 5 is strange indeed. As ‘head’, husbands are to love, serve, and even submit to their wives. It’s difficult in this passage to distinguish the difference between being a ‘head’ and being a servant!

It’s important to point out what Paul does not say about the husband’s headship.

Jesus told his disciples that the greatest ones in his kingdom are those who live to serve others. He said that he himself did not come to be served, but to serve and give his life as a ransom for many. As a display of his glory (John 13), Jesus stooped to wash the feet of his own disciples. And in an ultimate act of love and sacrifice, Jesus became a slave for us, dying a criminal’s death on the cross to save us (Philippians 2:5-11).

Mutual submission is one of the practices that ought to define Christians in their common life together in the Spirit.

Husbands and wives are called to live this out in the home, with Jesus himself as their example. Wives are to submit to their husbands as an expression of their submission to Christ. Submission to husbands is neither absolute nor even virtuous in itself: Jesus the Lord is the basis, motivation, and qualification of that submission (as one commentator points out). Husbands are to submit to their wives by loving them sacrificially and serving them, just as Christ loved and served the church, giving up his own life for her sake.

Yes, Paul endorsed headship in Ephesians 5:21-33. But he also turned headship on its head! Egalitarians seek to take his lead and extend his principles within our own contemporary context, one no longer bound by the household codes of the ancient Greco-Roman world.

Co-Leadership in Marriage: What about Headship? 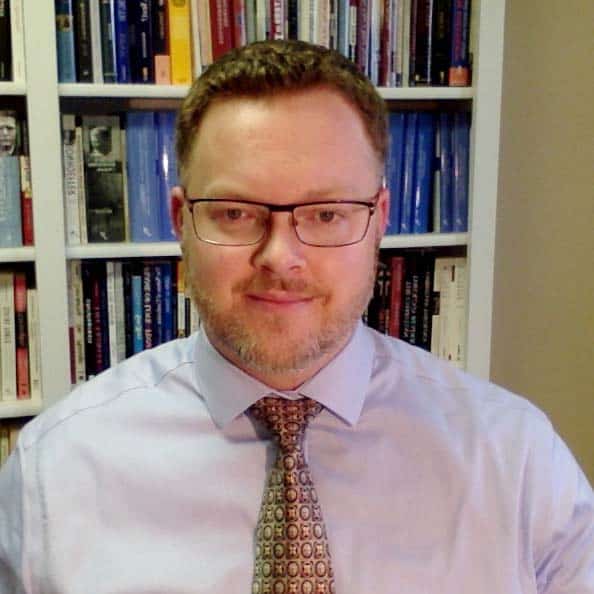