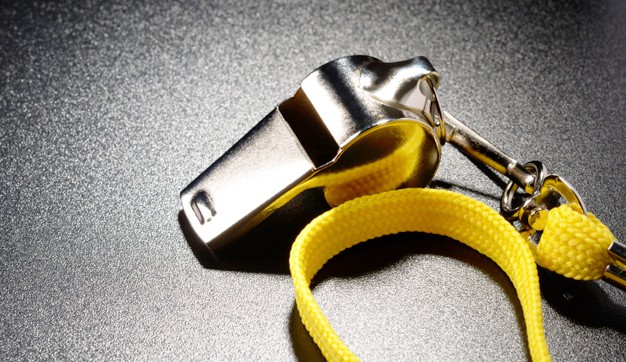 The following statement is a quote from the Danvers Statement:

This document serves as a kind of complementarian manifesto—a summary of deeply held core beliefs about how men and women should relate to one another. “In the church, redemption in Christ gives men and women an equal share in the blessings of salvation; nevertheless, some governing and teaching roles within the church are restricted to men.”¹

Governing, according to this document, is exclusively a man’s role.

The role of women, allegedly, is to “be subject” to male authority. The Danvers statement appears on the website for a group calling itself The Council on Biblical Manhood and Womanhood. One of their founding members, John Piper, explains that a man’s role in the church and in the home is that of a “servant-leader.”

He explains male authority in the following terms: “Authority” (in 1 Timothy 2:12) refers to the divine calling of spiritual, gifted men to take primary responsibility as elders for Christlike, servant-leadership and teaching in the church.”² He also writes “Nor should any Christian husband shirk his responsibility under God to provide moral vision and spiritual leadership as the humble servant of his wife and family.”

Taken together, it seems as though complementarians believe that men serve women by “humbly” governing them.

This begs the question, if you are a complementarian man, why do you believe women need you to govern them? How is this a service?

If we were to ask one of the forerunners of complementarian theology³ these questions, he would have a very straightforward answer for us. St. Augustine would simply say that women are “weaker in the mind” than men. Without the guidance of the male intellect, they would be led astray by their emotional natures and perish. After all, Eve was deceived by the serpent, because she was a woman, and therefore weaker in the mind. All women, who are descendants of Eve, share this weakness, and require male leadership, according to St. Augustine.

Most complementarians today say that they do not agree with St. Augustine’s reasoning.

To suggest that they do is often met with accusations of creating a “straw man” argument—that is arguing against a position that someone doesn’t actually support. In many cases I’m sure that’s true. The complementarians I know best, do not actually think women are weaker in the mind than men, thank God.

If this is true, however, why do women require the “service” of male governance? Sometimes the simple answer is actually the best: they don’t.

Perhaps it’s time to lay aside more than just St. Augustine’s sexist view of a woman’s intellect. Perhaps it’s also long past time we laid aside the gender inequality that sprang from his prejudice.

Surprisingly, some leaders continue to insist that women have hereditary weaknesses that make them unfit for leadership responsibilities.

For example, John Piper writes in the book Desiring God that “God intends for all the ‘weaknesses’ that characteristically belong to woman to call forth and highlight man’s strengths” (p. 184). What he fails to realize is that one person’s strengths and weaknesses are influenced by a great many factors other than his or her sex at birth.

Saying that someone’s sex (or race or ethnicity) is the explanation for his or her attitudes, behaviours, strengths or deficits is the root of all prejudice. It is an overly simplistic view of humanity that is also deeply hurtful and wrong (as this post illustrates). Perhaps someday even these leaders will learn not to make sweeping generalizations about either men or women.

We can pray and hope for change…

…and meanwhile continue to share a more accurate and loving view of God’s plan for human relationships: that we each serve one another in love, according to our gifts and strengths.

³In the late 20th century, patriarchal theology was re-branded as ‘complementarian.’ One of the main texts used to support a complementarian worldview is “Recovering Biblical Manhood and Womanhood,” edited by John Piper and Wayne Grudem. In this text, various authors draw heavily upon the commentary work of John Calvin to support their conclusions.  John Calvin admittedly drew his theological ideas largely from the work of St. Augustine. This is why I refer to Augustine as one of the founders of complementarian theology.  The doctrine of male authority did not originate in the 20th century.  It has been handed down from one generation to the next since it was originally introduced in ancient Rome. More on Augustine here.