This is the third post in our Feminist Friday Series. Check out Origins & First Wave, , Second Wave, & Reflections on Faith, Feminism, & Identity

Today the average Christian looks like a poor Nigerian woman rather than a European well-educated male as in the past.

In 2050, 72 percent of the world’s Christians will live in Africa, Asia, and Latin America, and a sizable share of the remainder will be immigrants from one or more of those continents. [1] Because of this, the Western church must be honest with the reality that Christianity is now a globalized religion, and its Euro-American roots have ceased to be the solely relevant voices.

As I think about what the future of the Church will look like, I keep asking myself “Am I listening to diverse theological voices?”

Global feminist theologians speak to how injustice against women is intertwined with other forces of oppression such as income inequality, racism, violence, and others and can never be minimized to mere sexism.

To speak to the contemporary direction of the feminist movement, I wish to introduce readers to modern-day examples of Third World feminist theologians. When we use a term such as the “Third World,” we are speaking of the developing world or the Majority world—particularly Africa, Asia and Latin America. These women, and others in their movement, tend to prefer the term ‘Third World’ as opposed to the more politically correct ‘Majority’ world because it speaks to the injustice and disparity still existing in our context today.

It’s all too easy for many of us to limit our understanding of theology to Western, white, male theologians. So, in honor of Women’s History Month, let’s take a look at these women who are making strides in global theology. 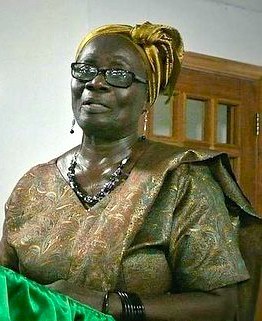 Mercy Oduyoye’s experience as a Ghanaian woman provides a unique perspective on the Third World Feminist movement. She is Akan, Asante, and Brong in background and a part of the Methodist church as a fifth generation in Ghana. She believes that African Christianity emphasizes sharing struggles and triumphs as a community to encounter the presence of God among us. Her grandfather was a cocoa farmer, and so she does her theology always asking, “What difference does it make?” She believes her writings must always coincide with those on the margins and bring the good news of the Gospel into their experience. Oduyoye believes that there are many churches, divided and “being church”, in a number of ways all throughout Africa. One unified Church can only emerge if all expressions of church are validated in their representation of African Christianity, based out of African culture. African Christianity cannot resort to returning to traditional culture, nor can it simply mimic Western Christianity. Instead, Oduyoye values the future direction of a globalized Christianity, or what she calls “crossroads Christianity.”

Kwok Pui-Lan is a Chinese woman who grew up in Hong Kong, and who understands the role of the church for marginalized 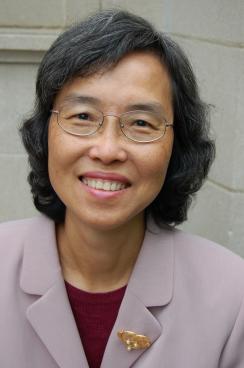 people. Being caught between two identities, like Christian and Chinese, becomes all the more complicated in a globalized context. Kwok understands the struggle of being torn between her identity as being from Hong Kong but also from China, and being a woman but also being from the Christian tradition. Her observation is that the missionary movement in China, even with all its faults, brought tremendous good for women in China by working to end the footbinding movement, creating temperance unions, providing education, fostering literacy campaigns, and securing more healthcare. Kwok believes that Church must be an alternative vision of society and human relationships. This background propelled her writings into the area of postcolonial feminism. She wants to move the conversation away from women being ‘theological subjects’ to Church creators themselves. She stresses an inclusive theology that moves away from a unified conversation to a variety of voices and a genuine catholicity in the Church. 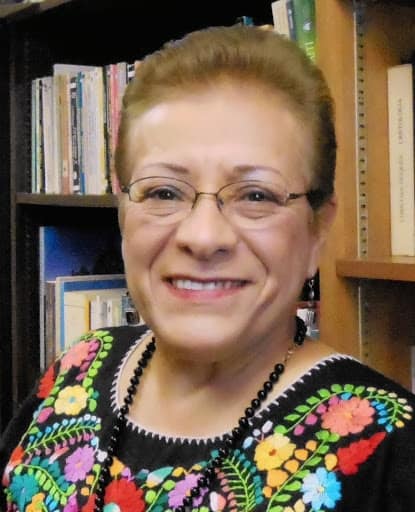 Maria Pilar Aquino grew up as the daughter of a migrant farmworker from Nayarit, Mexico. She traveled with her family to San Luis, AZ where her father worked with Cesar Chavez in the farm workers movement. Her family worked during the U.S. Bracero program and this background and struggle for justice continues to frame her theology. Today she works within the Catholic Church teaching theology in the university setting. Her life experiences and insights convinced her that the fate of the church in Latin America is tied to both women and the poor. Latin American feminist theology synthesizes knowledge and practice in what Aquino refers to as cariño. She highlights how reason and emotion overlap in feminist theology. Intellect and theology must not be separated from compassion and human realities. The experience of Latin American women is one of hope, despite their realities within the Church.

How can we continue to integrate the experiences of women all over the world into the Church?

How can the work of justice for women worldwide become a key focus of the Church? These are the kind of questions I continue to ask. These three women serve as examples of where the theology of women is heading today—into the margins, alongside the poor, working against injustice worldwide, and incorporating voices of women from the Third World into the future of the Church.

Books by these women:

Discovering the Bible in the Non-Biblical World

Our Cry for Life: Feminist Theology from Latin America

Philip Jenkins – The Next Christendom: The Coming of Global Christianity

Jen Buck is a PhD Candidate in the Philosophy of Religion and Theology at Claremont Graduate University. She teaches Theology, Biblical Studies and Practical Theology at Azusa Pacific University and Hope International University. She serves in preaching and teaching roles at Rose Drive Friends Church.