This is the second post in a series on feminism. Be sure to check out Origins & First Wave, 3 Third World Feminists You Should Know, and Reflections on Faith, Feminism, and Identity.

Welcome to the second installment of Feminist Friday! Today’s topic is second wave feminism. The revolutionary nature of second wave feminism is what many think of when they characterize the entire movement as “those crazy feminists” – so we’re bound to have some fun!

This post is a short synopsis (not a thorough education), and it’s meant to help us better understand this word that we throw around so often in Christian debates about a “woman’s place”. So please check out why we are writing about feminism, and be open to some good discussion!

What Started the Second Wave of Feminism?

Women were involved in all of these movements, and while fighting for the rights of their respective “groups” they found themselves pushed to the back because of their gender. This became a significant catalyst for second wave feminism.

“Mainstream feminism” is believed to have been ignited by the publication of Betty Friedan’s “The Feminine Mystique” in 1963, which challenged the 1950s American idea that women were naturally fulfilled by marriage and child rearing. It criticized everything from 1950s psychology to the educational system, for the part each played in the societal oppression of women.

But it wasn’t until the protest of the 1968 Miss America beauty pageant that Women’s Liberation was launched in the public consciousness. Women organized outside of the convention center and protested the superficial standards of women’s worth used to judge the pageant. They protested society’s objectification of women, saying that it upheld impossible standards of beauty that required makeup and plastic surgery to achieve. 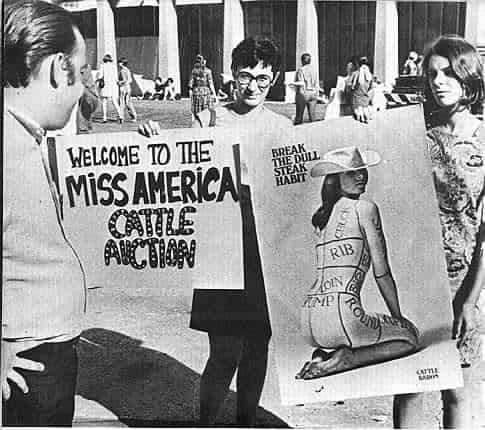 FUN FACT- The term “bra burners” came from this demonstration at the Miss America Pageant. Protesters had a “Freedom Trash Can” in which they threw false eye lashes, high heels, curlers, playboy magazines, and bras. They had been unable to obtain a fire permit, however, so nothing was actually burned! The Women’s Liberation Movement went on to hold other rallies and protests, and to form organizations such as the National Organization for Women (1966), The Red Stockings (1969), and The Ms Foundation (1973). Magazines and books were published, pushing the movement forward in the public mind. All of this helped to gain support for feminists and their agenda.

The Women’s Liberation Movement was not just a social movement, it was a political one as well. The reality is that women lacked certain political rights in the United States at that time, and if feminism hadn’t focused on politics, women might still lack the freedoms won by that movement. Here are some highlights from the “feminist agenda” of the 60s & 70s:

Until the passing of the Equal Credit Opportunity Act of 1974, women were not allowed to apply for their own line of credit. In fact, banking was so inhospitable to women that in 1975 the first Women’s Bank was opened.

The Equal Pay Act was signed in 1963 by President John F. Kennedy, finally making it illegal for employers to pay unequal wages to men and women who hold the same job and do the same work.

At Work
The first time that a court recognized sexual harassment in the workplace was in 1977 and it wasn’t until 1980 that sexual harassment was officially defined by the Equal Employment Opportunity Commission.

In the Home
Domestic violence and sexual assault in the home before 1976 were considered culturally acceptable due to historical and social understandings of marriage. Although the fight against marital rape started in the 70s, it wasn’t criminalized in all 50 states until 1993.

In the 1960s & 70s, women lacked access to comprehensive health care. There were even reports about the systemic mistreatment of women by practitioners. Women had been denied genuine access to knowledge about how their bodies work and how to take care of themselves. In addition, women were routinely excluded from and underrepresented in clinical research studies. All this led to women creating their own health clinics to address these concerns, and demanding policy changes for the greater health care community.

Women also demanded better and safer options for childbirth, as well as employment regulations. Until the Pregnancy Discrimination Act in 1978, women could be fired from their workplace for becoming pregnant.

In 1960 the FDA approved the first oral contraceptive for sale as birth control in the United States. This introduced the radical notion that women could decide when they wanted to have children. It also gave women an unprecedented chance to hold a job and build a career. In the span of 5 years, 6.5 million American women were on the pill.

The Equal Rights Amendment (ERA) is a proposed amendment to the US Constitution that would guarantee equality under the law for women. First written in 1923 by Alice Paul, it had been introduced to Congress for many years, eventually being re-written and reintroduced by NOW during second wave feminism.

The ERA finally passed the U.S. Senate and House of Representatives in 1972. Congress gave the states 10 years to ratify it. But in 1980, the Republican Party removed support for the ERA, and it fell short of ratification by 3 states. The movement to pass the ERA continues to this day.

Much of the fight of the second wave of feminism stemmed from the lack of legal, political, and constitutional protection afforded to women and their bodies. We saw this in previously covered topics such as medical care, sexual harassment, and domestic violence. We also see it in the fight to legalize abortion. Feminists argued that such a medical procedure should be protected under a woman’s constitutional right to privacy, and should only be decided by a woman and her doctor.

In January 1973, the U.S. Supreme Court made a decision in the landmark case Roe v. Wade. The court ruled that the First, Fourth, Ninth, and Fourteenth Constitutional Amendments protected a person’s “zone of privacy”, and that this right to privacy extended to a woman’s decision to terminate a pregnancy.

People were understandably divided about the ruling. Many celebrated that women were assured that their personhood and bodies were protected under the Constitution in the same way that men’s were. On the other hand, many others believed that protecting human life in the womb brings with it another conversation about ethics that goes beyond a woman’s body. It remains a controversial issue to this day, even among feminists (See Feminists for Life for example).

It wasn’t until President Richard Nixon signed Title IX of the Education Amendments of 1972 that schools receiving federal funds were required to provide girls and women with equal opportunity to compete in sports.

It is important to know that “mainstream feminism” of the 1960s & 70s was predominantly white and marginalized women of color. Its leadership was white, it focused solely on the United States, and it treated sexism as the “ultimate oppression”, largely disregarding the effects of racism. And while the movement would eventually realize its mistakes and become more inclusive, it started out as an ethnically homogenous group.

The feminist movements of women of color tended to be more international in focus, and they were better at interweaving the stories of racial and sexual oppression. Feminists of color were involved in women’s caucuses in mixed-gender organizations, their own autonomous Black, Latina, Native American, and Asian American feminist groups, and mainstream feminist groups.

One of the earliest second wave feminist movements in the United States was Chicana Feminism, which emerged in the early 1960s out of the gender inequalities Chicanas experienced during their active participation in both the Chicano and Mexican American Civil Rights Movements. Throughout the Southwest, Chicanas developed their own feminist publication outlets. “Las Hijas de Cuauhtémoc” was one of the nation’s first feminist newspapers, and it told the stories of many first generation Chicana college students. Read more about the Chicana feminist movement!

Black feminism formalized in 1968 in the form of Black Women Organized for Political Action. 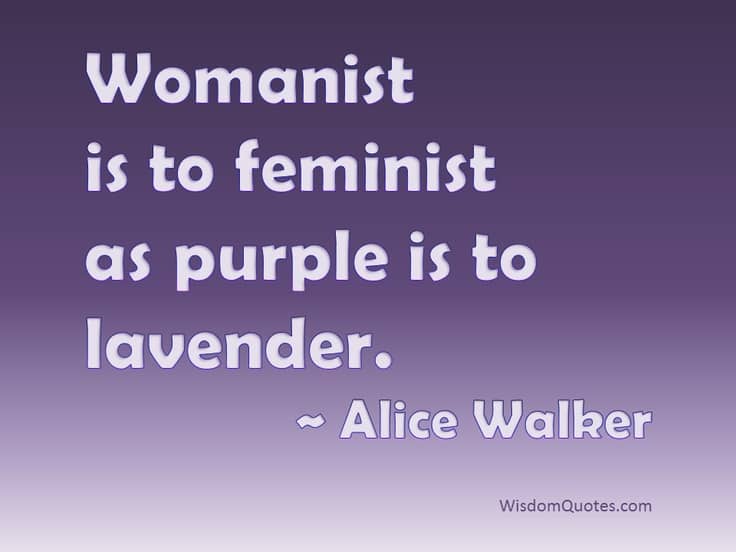 Unlike the mainstream feminist movement, Black feminism focused on the intersection of sexism, racism, and class oppression. Womanism came from this movement, and is thought by many to better encompass the experiences and mindsets of black women. Alice Walker coined the term in her 1979 story “Coming Apart”, but the movement became more formalized in the 1990s and 2000s. Read more about the Womanist movement here and here!

FUN FACT – Shirley Chisholm was the first major party Black candidate for president, the first woman to run for the Democratic presidential nomination, and the first African-American woman elected to Congress!

Although a blog post is an insufficient platform for such a topic, I hope that this short overview of second wave feminism helps provide context to the word “feminism”. For a more thorough look at the Women’s Liberation Movement, check out the documentaries listed below.

Join us next week for another installment of Feminist Friday!

This Makers Documentary Series is FANTASTIC!
This 6-part documentary series on women is also very good!