The Women of Advent: Bathsheba 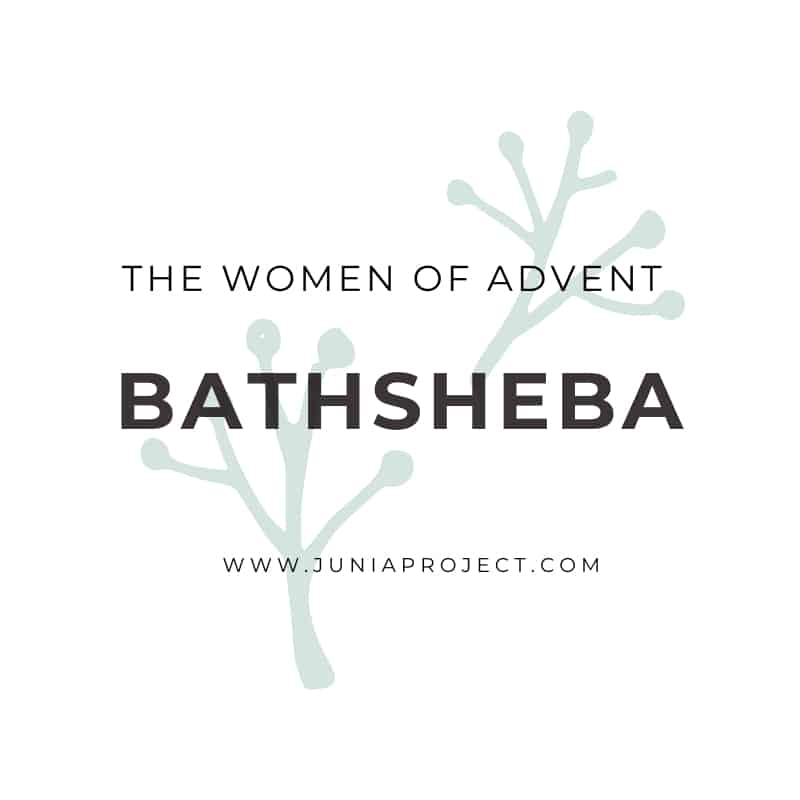 In this 5-part Advent series we look at the women in Christ’s lineage: Tamar, Rahab, Ruth, Bathsheba, and Mary.  Read the story of Bathsheba in 2 Samuel 11 & 12.

Tamar, Rahab, and Ruth are notable in the genealogy of Christ recorded in Matthew 1 because they are women who took risks and acted righteously. They came with imperfect pasts, and God redeemed them. Like the other women, Bathsheba also has a troubled past. And Bathsheba also acts righteously, though it’s a story we don’t often hear about.

David’s infamous mistreatment of Bathsheba follows quickly on the heels of his many successes. 2 Samuel 8: 13 says, “And David made a name for himself when he returned from striking down 18,000 Edomites in the Valley of Salt.” In 2 Samuel 9, David takes in Mephibosheth, the crippled son of his friend Jonathan—which is one of my favorite stories of David.

In 1 Samuel 10, David soundly defeats the Syrians, whom the Ammonites had hired to help in their war against Israel. Without the help of the Syrians, the Ammonites are sitting ducks. So in 2 Samuel 11, though it was “the time when kings go out to battle,” David decides to stay home.

It’s no wonder David is a little prideful at this point. He feels invincible. So when he sees Bathsheba bathing, he acts. He sends others to bring her to him—a brazen act that shows he was not trying to keep this a secret. “David sent his messengers and took her, and she came to him, and he lay with her.” (2 Samuel 11:4).

Opinions about Bathsheba tend to fall on a continuum between two extremes: 1) she was a temptress who seduced David, or 2) she was an innocent victim and David raped her. Whether one considers her guilty or innocent, Bathsheba was not in an easy position, as the law and culture were both stacked against her. On the one hand, to lie with David means committing adultery. On the other hand, not lying with him means refusing the king. Both courses of action were punishable by death.

It’s possible that everyone in that patriarchal society—even Uriah himself, if he knew about it—could have overlooked the incident, except for one thing: Bathsheba becomes pregnant.

Suddenly, David’s foolishness is inescapable, and the person most at risk is Bathsheba. So David invites Uriah back from the war and tries to get him to go home and sleep with his wife. This is the only way to protect David’s reputation and Bathsheba’s life. One commentary suggested that it’s possible Uriah knew or suspected David’s true motive. Uriah refuses to go home, saying,

“The ark and Israel and Judah swell in booths, and my lord Joab and the servants of my lord are camping in the open field. Shall I then go to my house, to eat and to drink and to lie with my wife? As you live, and as your soul lives, I will not do this thing.”

These words are a heap of judgment on David’s head. They remind him that he is not out at the battle where he should be. He is relaxing at home, sleeping with other men’s wives, while even God’s ark is in a booth on the battlefield.

Uriah calls Joab, David’s commander, “my lord.” He will not go home to cover for David’s sin, even for Bathsheba’s sake. But whether or not Uriah knows about the affair and whether or not he intends to take action against David, he just made himself a serious threat to David’s kingship.

This is no longer just about Bathsheba and the pregnancy. Uriah is out of David’s control. So David puts the battle against the Ammonites at risk by sending Uriah and others too close to Rabbah, the city they were laying siege to. Uriah is killed in battle.

David tries to make it right by marrying Bathsheba, but the Bible says that “the thing that David had done displeased the Lord.” God sends the prophet Nathan to rebuke him, even sending a prediction that the child will not live as a result of his sin (2 Samuel 12:14). David repents, but the prediction holds true.

Eventually, Bathsheba has another son, Solomon, and the Bible tells us that “the Lord loved him” (2 Samuel 12:24). We know from 1 Kings 1 that David promised that Solomon would be his heir. But when David is old and his house is in shambles, his son Adonijah tries to take over.

Once again, Bathsheba’s life is at risk. If Adonijah becomes king, Bathsheba will be viewed as an adulteress; neither she nor Solomon will be recognized as legitimate.

Because Solomon has the Lord’s favor, the prophet Nathan knows that this will have implications not just for Bathsheba and Solomon, but for all of Israel as well. Rather than going to David himself, Nathan asks Bathsheba to intercede.

Nathan enters and confirms what Bathsheba has said. But David doesn’t tell Nathan right away that he will make Solomon the king. He calls Bathsheba back, and she is the first to know.

Bathsheba’s action saves her life and makes Solomon king, ensuring God’s favor on Israel.  As a result, David’s line is continued through Solomon to Joseph, the earthly father of Jesus (Matthew 1:6).

Did you know that you can support our volunteer work for as little as $5/month? Become a member of our Patreon community and get immediate access to the e-book “Women of Advent”, which contains the five posts in this series with reflection questions, weekly prayer themes, and an epilogue.

[1] Davidson, R.  Did King David Rape Bathsheba? A Case Study in Narrative , Old Testament scholar Richard M. Davidson notes the importance of recognizing that Bathsheba is consistently characterized in a positive way in the bible.  Davidson notes “The narrative concerning Bathsheba and King David represents an indictment directed solely against the man and not the woman, against David and all men in positions of power (whether civil or ecclesiastical or academic) who take advantage of their “power” and victimize women sexually.” p. 95.

[2] Bathsheba had four more sons with David (Solomon, Shimea, Shobab, and Nathan) and two of them are listed in New Testament genealogies.  Joseph, Jesus’s earthly father, was a descendant of Solomon (see Matthew 1:6) and his mother, Mary, was a descendant of Nathan (see Luke 3:31).

Garland & Garland. Bathsheba’s Story: Surviving Abuse and Loss. This excerpt from “Flawed Families of the Bible: How God’s Grace Works through Imperfect Relationships” explores the dynamics of survival and the abuse of power in the story of Bathsheba and David.

Mowczko, M.  A Sympathetic Look at Bathsheba. Includes a discussion of the circumstances around Bathsheba’s bathing, the confrontation of David by the Nathan the prophet, and “the rest of the story”, i.e. Bathsheba’s later intervention to protect the throne of Solomon. 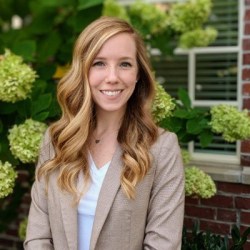 is a non-fiction editor with Corwin Press, specializing in education, parenting, history, psychology, self-help, religion/spirituality, and health & wellness. When she's not editing, you can find her running, doing yoga, or reading with a glass of wine.