What the World Needs Now is Christian Feminism

From the editor: This post is part of our Feminist Friday series written by Christian women who identify as feminists. We hope that these posts will broaden our understanding and give us a fuller context in which to have conversations about equality in the Church.

Until recently, if I were to be asked if I was a feminist, my reply would have been a noncommittal, “Not really.”

Of course, being a woman, I was never opposed to women’s rights, nor did I doubt my ability to be as capable as men in most situations. Claiming to be a feminist however, seemed extreme; as though one of the main requirements was to hate men, or at least regard them as the weaker sex. Recent events, articles, videos, and social networking posts have both inspired and troubled me enough to reclaim the word feminism for what it is: providing help to women who are being stripped of their basic rights or humanity.

The basic definition of feminism, according to Merriam-Webster dictionary, is “the theory of the political, economic, and social equality of the sexes; and organized activity on behalf of women’s rights and interests.”

Feminism, by definition then, seems harmless enough. Why would anyone, man or woman, not want to admit they have rights, interests, or enough political, economic, and social awareness to have intelligent opinions about them? How could anyone not see the injustice in trying to take away these basics from any party?

It seems that some Christian men and women have taken for granted the equality found in their own lives (and, I believe, become blind to the lack of it in certain areas of their own lives), and have begun ignoring the need for feminist action in the lives of others.

The most pivotal moment in my realization of a need for feminism was seeing a post by a certain Facebook profile named “The Bible is Against Feminism.”

What hit me first was the fact that such a profile existed. Nowhere in the Bible does God belittle or ignore the rights or accomplishments of women. The post itself was a link to a series of pictures of young women holding up signs with their own reasons for not being a feminist. A main theme in this series of photos was that feminism was not needed because these women had apparently never been victimized due to their gender. One woman’s sign actually read, “As a woman in the western world, I am not oppressed, and neither are you!”

If you somehow missed the bigotry in that statement, allow me to spell out this truth for you:

Just because you have never been the victim of a crime or even a dehumanizing slur, does not mean that no other man or woman has not suffered through that type of tragedy.

Christians especially are commanded to care for one another in our time of need, which includes comforting each other during emotional and physical distress, rather than ostracizing each other because of it. As Paul advises in Galatians 6:10, “Therefore, as we have opportunity, let us do good to all people, especially to those who belong to the family of believers.”

How would a woman feel if after a long day of fending off inappropriate advances at work, she arrives at her Bible study group only to hear her fellow Christians antagonizing women who feel oppressed, even claiming that any action taken in the name of feminism to improve her situation would not be approved by God? Any man or woman should be able to find encouragement, prayers, and ideas for improvement from their fellow believers, not belittling statements and rolling eyes.

In October 2012, Malala Yousafzai was shot for standing up to the Taliban and their banishment of girls from attending school.1 In April of 2014, hundreds of girls were kidnapped from their Nigerian school by the insurgent group Boko Haram, whose name actually means “western education is forbidden.” Yousafzai traveled to Nigeria to participate in the ongoing Bring Back Our Girls campaign.2 Boko Haram has continued their kidnapping spree and terrorist acts throughout the region.

Even our own western world is not exempt from such unthinkable acts.

In America, from 2007 to 2012, 5,951 cases of sex trafficking were reported to the National Human Trafficking Resource Center. 85% of these cases involved women and girls.3 Unfortunately, to many Christians these figures still seem distant, even though the horrors they describe are most likely happening much closer to them than they realize.

To bring it even closer to home, we need only look at popular song lyrics.

Seemingly insignificant or easily ignored, the repetitive drilling of lyrics into our minds actually impacts how we think, and ultimately, act. The more we hear these lyrics, the more hardened our skin becomes to them, until we eventually just brush them off and consider them “normal.” However, as Madiha Bhatti, a spoken word poet, says, “…I’m not accustomed to boys yelling at me; never had to face boys telling me to ‘smack that, shake that, beat that up.’ Those aren’t the ideas of love with which I grew up.”4

These “normal” ideas that men and boys hear everyday do not describe love as God designed it. They are poisoning our minds and culture.

If we accept the lyrics, what’s stopping men and boys to act out what the songs are describing? Bhatti’s poem continues, “But when a man loves a woman who won’t love him back, what if his first instinct is to attack?” Worse, what if the woman herself has been told by her peers that she cannot possibly be a victim, so she does not feel she can go to anyone for help or comfort. She is trapped with her pain and has been told by the world that no one need help her.

Although the term “feminist” has had negative connotations, Christians cannot ignore the need for true feminist movements at home and across the globe.

The term “Christian” has been abused and misused many times, yet we are still proud to call ourselves such. Instead of giving up on the term when Christians are given a bad reputation, we strive to be more Christlike, to show the world the true meaning of what it means to be called a son or daughter of Christ. Why then should the term feminist be any different?

Instead of giving in to the bad publicity and negative history, we should strive to be more Christlike and show the world the true meaning of Christian feminism.

4 Listen up Jay-Z, this Muslim woman’s got something to say to you. (n.d.). Retrieved August 24, 2014, from http://www.groundswell-mvmt.org/faithshare/listen-up-jay-z-this-muslim-womans-got-something-to-say-to-you/ 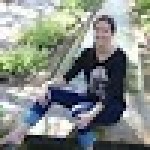 recently relocated from California to northwest Florida with her husband. She enjoys reading, playing music, being outdoors, and learning new things. Karen's hope is to enter into a career that involves making a difference in others' lives.