The Midwives vs. Pharaoh in Exodus: A Question of Power

People go to great lengths to display their social importance.

Displays of power transcend culture. And power is the main concern of a scene in Exodus 1 that occurs between Pharaoh and two Hebrew midwives, Shiphrah and Puah. Exodus 1:15-21 poses a question of power.  It offers a contrast of opposites.

It asks us as readers to consider, “Wherein does true power reside?”

The Shiphrah and Puah Narrative in Exodus 1:15-21

The following is my translation of Exodus 1:15-21 from the Hebrew:

The Midwives meet Pharaoh: A Contrast of Opposites

This passage presents a contrast of characters who are opposites in almost every respect:

There is a contrast of genders: Pharaoh was male whereas the midwives were females.

There is a contrast of ethnicity: Pharaoh was Egyptian and the midwives were Hebrews.

There is a contrast of status: Pharaoh was a king and the midwives were servants.

All of these contrasts lead to an unlikely scene. One is a male political leader from the dominant ethnic group; the others are two female servants from the dominated ethnic group. The power differential between the two seems so great that we would never normally expect to see them in conversation.

Yet the very fact that these meetings occur indicates that power is not as we might expect. The supposedly almighty king of Egypt needs these Hebrew women. He finds himself reliant upon them in this situation of social inversion. As such, the text raises questions. It challenges assumptions regarding wherein true power resides.

Shiphrah and Puah as the Named Among the Nameless

One the most striking points of this section is the fact that the text names the midwives. Why do we need to know the names of these two women, Shiphrah and Puah, who never appear again in the story? Names are very important in the Book of Exodus. As a matter of fact, the Hebrew title of the Book of Exodus, Shemot, means “names.” The book is consistently deliberate regarding names.

Yet the Book of Exodus denies them recognition.

By the Egyptians’ own positioning they have turned themselves into an inglorious obstacle obstructing God’s purposes. In this story, Egypt operates as the epitome of chaos.

This little episode is situated within the context of a 44 verse introduction to the book (Exodus 1:1-2:22). Within those 44 verses, God is mentioned only three times. This is quite intentional. The Book of Exodus is about Israel coming into the presence of God. As such, it makes sense that the book begins with the crisis of God’s absence.

The Egyptian enslavement is not the main problem in the Book of Exodus. It is merely a symptom of the problem. The Israelites’ main problem at the beginning of the book is that they aren’t in God’s presence.

Nevertheless, amidst this dire time, there is a glimmer of hope. Within the context of God’s absence (Exodus 1:1-2:22), there are three references to “God.”

All three of these references to God occur in the passage that I translated above (Exodus 1:15-21) in conjunction with the Hebrew midwives, Shiphrah and Puah.  That is, Shiphrah and Puah mediate a semblance of God’s presence in a context of God’s absence.

True power resides not in the vain boastings of a nameless pharaoh. True power resides in people like Shiphrah and Puah. We repeat their names to this day. Power is influence. It redirects history. And it resides within those aligned with God’s purposes.

Read more from Craig on the website Bible Study and the Christian Life where this post was first published. 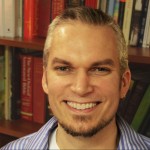 received his Ph.D. in Religion (Hebrew Bible) from Claremont Graduate University and is a regular conference speaker on religious studies. For the past thirteen years, he has been teaching biblical studies to students at all levels. Craig lives in Southern California with his wife and their two daughters.