I’m a big advocate for what I like to call “tension living.” If this life has taught me anything, particularly where faith is involved, it’s that black and white do in fact occupy a significant amount of mutual territory, and there is more than enough grey to go around. Ryan O’Neal from Sleeping At Last puts it beautifully in his song “101010”: “grey is not a compromise – it is the bridge between two sides. I would even argue that it is the color that most represents God’s eyes.” So… Sovereign God? or Free Will?

And I’m comfortable sitting in that tension. Some things aren’t for knowing yet and I think God quite enjoys that we can’t pin him down with our cold, hard precision and logic. So you see, I agree. Except when I don’t.

The more I dive into the cause of women and gender [in]equality, both within the church and around the globe, the more personal the issue becomes for me, and the more determined I become to build a fence simply to demonstrate that I will not be found sitting on it.

I am frequently asked why I’m willing to subscribe to titles that carry so much baggage with them. And let’s just be frank here, I am not blind. I can see full well the hesitancy and skepticism that creep into people’s expressions when I identify with the “isms” tied to feminist & egalitarian ideologies. And by in large, I get it: feminist is a loaded term in our day and age. Every wave has come with its martyrs and man-haters. There is so much baggage to unpack and sort through. Dare add the word Christian before the word feminist [Thank you Sarah Bessey] and at the very least you can expect to find yourself navigating through a sea of quizzical expressions and head-scratching, if not a full-fledged fight. But as with the majority of things we fear, a lack of understanding can almost always be found at the base, camped firmly in protest with all its deeply rooted prejudices ready to defend and throw stones. And I don’t claim to be above any of this; it is significant that you hear that.

My journey toward Christian feminism and egalitarian theology has come slowly over the course of the last few years and as the result of an ongoing and conscionable study of Scripture and [gasp!] extra-biblical texts. The more I learn, the more my senses are heightened to the presence of sexism and patriarchy bombarding culture, infiltrating the church, and actively oppressing and abusing women around the world, and as my awareness increases, so too is my passion fueled. But as I find myself having what feels like the same conversations time and again, I find myself compelled to give an account for why I ascribe to these titles, and why I think it’s so important to do so.

One of my first real encounters with the word “egalitarian” came in the winter of 2011 when I had the privilege of spending the weekend with a bunch of really rad and fiercely intelligent people in Seattle; among this group sat Kate Wallace herself. I had known Kate in college, but this was the first time I had the chance to hear her heart and passion for women. I knew vaguely of the issues she spoke of, however my vocabulary for discussing such matters was severely lacking. The conversations from this particular weekend served to whet my appetite, and while I certainly had much to learn, this interaction prompted me to start paying attention to the comments, attitudes, and everyday encounters of gender bias that were continually unfolding all around, including my own. I still remember the staggering feeling when it hit me for the first time, the full weight of gender prejudice that has always hovered elusively over me.

Growing up I would have never identified with the title “feminist,” mostly because I didn’t really know what it meant. In fact, if you had asked me if I considered myself a feminist, I likely would have laughed at you. Everything I’d ever heard or been taught about feminism was arbitrary at best; erroneously misinformed and tainted by prejudice always. As far as I was concerned, feminists were a group, made up exclusively of women, who had personal vendettas against men. It went without saying that they were pro-choice [which inherently assumed they must not value life], and were always on the lookout for ways to get offended about trivial matters that really just boiled down to semantics; clearly I was none of the above. Today, I know better. But sadly, these are still the same sentiments I hear being pandered about as the general consensus on feminism today.

I was at a dinner gathering with friends a couple summers ago when the conversation turned to the differences between men and women. One woman, in particular, was bemoaning the misery of being born female, and I surmise she likely had her good reasons. But to my surprise, every man and woman in the group quickly jumped on the bandwagon, firing off all the reasons why it’s inarguably and supremely better to be a man. I couldn’t believe what I was hearing. I was among passionate, Jesus-loving people and yet, here we were. I still remember the distinct feeling of defensiveness that rose up in my gut that evening, catching even me by surprise.

“I don’t know what the great tragedy is, I quite enjoy being a woman,” I said affirmatively. Immediately one of the men challenged me: “What? Why!? Name one good thing about being a woman!”

I know it was not his intention, but his thoughtless words delivered a discouraging blow to my spirit that day. And he wasn’t alone; everyone in that room [myself excluded] was in full agreement with this good, well-intentioned, justice-oriented man. Though I couldn’t have quite articulated it then, this was a turning point for me. The gender issue wasn’t merely a second/third-tier issue to be brushed off for more important and immediate matters of justice.

This prejudiced paradigm, which operates off the assumption that men are inherently better than women, runs deep, and it is most certainly a justice issue.

Shortly thereafter the Junia Project launched and my already growing interest was now being fed on the regular. Soon, I would have my own personal library of books and research on the issues of women in the church and the active persecution of women around the world. As far as I was concerned, there was no going back. Once you know something, you know it. You can’t un-know it. And yet, I’m fully aware that this is only the beginning of the long, exhilarating, and equally sobering journey ahead. As one might imagine, attempting to swim upstream is not likely to garner a large following, and the journey is often a lonely one. Where I’ve sought encouragement and solidarity, I’ve often found a tireless effort to discredit and discourage from those who seem to be on the lookout to catch me in my words, as if to prove to me that I can’t actually be a real egalitarian. I can’t really believe that women could be called to all levels of leadership and ministry.

I say, “I’m an egalitarian” and people seem to hear: you’re angry; you don’t respect men; you think men and women are intrinsically the same; you don’t take the Scriptures seriously; you’re a contentious woman; you’re a fanatic.

I say, “I’m a feminist” and people seem to hear: you’re angry; you hate men; you think women are the superior sex; you’re argumentative and aggressive; you’re a fanatic.

I’m reminded of this pervasive misunderstanding every time one of my guy friends offers to carry something heavy and then immediately hesitates in my presence feeling the need to qualify his offer with, “I’m not insinuating anything, I’m sure you’re perfectly capable of carrying it, I’m just trying to be nice…” Or the impulse people seem to feel to call me out on any sentiment that might potentially prove a chink in my “feminist armor.” An expression of gratitude as a friend opens the door or carries something heavy in my company and I’m quickly met with “and you call yourself a feminist!” This is incredibly disheartening because it demonstrates a fundamental misunderstanding of feminist ideology and egalitarian theology at their very core, and it’s for these very same misunderstandings that I cling even tighter to the labels in an effort to help redeem them.

And I’m not an egalitarian because I think men make poor pastors or leaders or speakers or what-have-you. I’m an egalitarian because women are all these things too, and yet the current male leadership largely continues to overlook more than 50% of the talent pool on the mere basis of gender. I am an egalitarian because Scriptures paint a very different picture of women than I see in most congregations today and the disparity is devastating to the Kingdom of God. Where we ought to be partnering in the mission for the redemption and renewal of all things, we instead silence the voices and squelch the talents of more than half the church.

And so, with the blue prints all drawn up and laid out before me, I’m firmly choosing my side as I begin the vast undertaking of raising this proverbial fence.

And while the process can feel incredibly lonely at times, I’m encouraged as I look out toward the horizon to see the tiny silhouettes of those who, like myself, are undertaking their own construction projects, and I’m reminded that our efforts are not in vain. Eventually our fences will meet, and we’ll stand together in solidarity on the same side of the fence, rejoicing at how far we’ve come, continually inviting everyone we know to come join us on the side of equality and justice.

Because real change happens when we draw a firm line and then ask others to join us; consider this your invitation, there’s no time for fence-sitting. 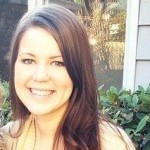 Cayla Pruett is a northwest native, who true to her roots, takes her coffee black, her bread sans gluten and her wine crimson. An ever evolving Jesus feminist, she believes in communion as a way of life and that there is more than enough room for everyone at the table. Although naturally an introvert, you can steal a glimpse into her thoughts by connecting with her on Twitter or on her blog www.ccpruett.wordpress.com