Gender Hierarchy isn’t the Reason I Left Evangelical Christianity, but…

…it’s the Reason I Won’t Go Back

Somewhat surprisingly, given my missionary kid and pastor’s daughter credentials, I find myself a bit of a cliché these days – a former evangelical on the Canterbury trail.

But cliché or not, I am so grateful for the little Anglican, High-Church, corner of the world I have found, how it gives space for the questions, the uncertainty, the possibility that God is the wound and not the bandage. I am grateful for space. Space is vital because deep down, I am not sure whether God exists and, perhaps more importantly, I am committed to this ‘not knowing’ as the furthest we will ever get in regard to this question.

But often I miss being an evangelical, a term I use loosely to cover the various groups across denominations committed to the authority of an inerrant Bible, who believe in a personal relationship with Jesus and the salvation story understood as creation, fall, salvation and redemption. It would be hard not to miss it – it is the paradigm I was raised in; it’s how I learned to make sense of the world.

One thing I don’t miss though, is how it can be one of the few institutions left that openly and proudly insists on an organised gender division; a division that keeps men as leaders and women as always submitting and following.

I was raised by egalitarian parents and my first meeting with gender division in the Church was when I was studying theology at Bible College. All throughout the year there were little digs at it – women can‘t preach, they shouldn’t even teach our classes, people saying they would not go to lecture if there was a female lecturer (this never became an issue, I was always taught by men), even refusing to take communion if it was administered by a woman. Then it culminated in a special seminar where all the female students were gathered and explained what their role was in the Christian Church – or that is, what their role was not. We were sat down and calmly told that we could never lead, never be responsible for doctrine, and never talk publicly about our faith unless a man was somehow ultimately responsible for what we said. I was furious. I’m still furious.

Fortunately, for the world outside evangelical Christianity, which is where I live my life these days, this is looking increasingly absurd. However, for those familiar with the tradition, it is clear that it has deep roots and even can make sense within the paradigm. If you believe the Bible is the spoken and infallible word of God, and there are some things found in it that would point to a gender hierarchy, you need to take it seriously. This is why the idea of ever going back feels a bit like a nightmare. Even if I regain some sort of conviction that God exists and speaks, I doubt that I can actively become part of the Church again. The sacrifices I would have to make in terms of how I see myself and my own personhood are simply too large. I think this framework demeans women, it teaches them to think of themselves as less than men, and is inimical to them developing their full selves. I don’t want that for myself, or for that sake anyone.

I want to make it clear though – I didn’t leave evangelical Christianity because I discovered gender division. What a person chooses to believe about the ultimate reality of life is incredibly complicated, a function of their views on the human condition, the nature of knowledge, history, the possibility of divine revelation, and I could go on. All of those things played a role in making me an agnostic; gender hierarchy didn’t.

But that spring day I was told that I was inherently unequal, and I felt inherently limited. I was told that I can share, but not preach; study, but not teach; participate, but never lead. And I was furious because it meant I was being delegated to some inferior status, some absolutely arbitrary inferiority based on the simple fact that I have a uterus.

What the proponents of gender division would say to this, though, is that it absolutely isn’t about being inferior, it is a division that expresses that ontological equality is not necessarily the same as functional equality. That is, we are in essence and before God equal, we just have different roles in the organization of human life.

First of all, it’s not different. Difference would imply that there were roles men were not meant to do too, which there blatantly aren’t. Second, this is nothing more than playing around with words, trying to make the position more palatable. But if I am not in real life, hands-on, equal, I am not equal at all.

It is a message and a view of myself I just won’t accept. I should be able to live my life to the fullest, be the best I can be, teach if I want to, lead if I want to, administer communion if I want to.

There are many things I miss about evangelical Christianity. I miss the calm early mornings, just me and Jesus, I miss the community, the selflessness. But I don’t miss the insane mental gymnastics of being equal and not being equal, of pretending I don’t know how capable I am, of brushing aside my aching sense that the fact that my male classmates were allowed to reach the top but I wasn’t was deeply unjust. In the end, life outside evangelical Christianity gave me something I would never again want to sacrifice – the opportunity to be a person, not only a woman.

Posted in Personal Stories, Women and the Church
Tagged as church leadership // gender equality // gender roles // sexism in the church 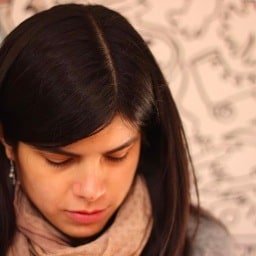