5 Reasons Not to Use Gender-Based Jokes in the Pulpit

Recently, a friend mentioned his pastor’s habit of occasionally peppering his sermons with gender-based jokes.

You know what I mean, the quips about women shopping, or men hunting, or the woman “wearing the pants” in the marriage, or about blonde women being ditzy and men being emotionally distant. And maybe a million more.

My friend wanted to know my thoughts on this brand of humor. Here’s what I think:

If you’re in Christian leadership, and you find yourself with a microphone in hand in front of a room full of people waiting on your every word, do everything you can to avoid using stereotypical gender jokes.

Here are five reasons to steer clear of these kinds of jokes:

#1 It’s likely you’re alienating someone in the room.

#2. You’ll be perpetuating a culture of gender brokenness.

In all gender-based humor, someone is the punchline, and most gender-based jokes paint women in a negative light. My question is, why would you want to do that to a group that has historically been marginalized by the institutional church? Indeed, every time a pastor makes a crack about the stereotypical bossy/shrill/emotional/nagging/etc. woman, the status quo is reaffirmed and women are pushed back toward the edges of the church.

#3. You could be driving someone away from Jesus.

Have you considered that there could well be adverse missional ramifications to the stereotypical, gender-based remark? Let’s say you’re a woman who left the church long ago because there was no place for you to use your gifts, only to courageously decide to come back and give it another chance. How do you think you would feel being the butt of the joke?!? Or, imagine you’re a Jesus-seeking man that doesn’t fit the stereotypically masculine gender roles. How would you feel if you don’t watch sports, or like bacon, or think monster trucks are cool? We must be wary of putting up unnecessary barriers to someone connecting with Jesus.

Let’s face it, when it comes to marriage, the church isn’t exactly setting the world on fire. Most statistics relate the tragic story of a church whose divorce rates are all too similar to those in the secular world. We need pastors to build up, to honor, to revere, the holy institution of marriage, not to reduce it to a mere punchline.

#5. What do you want people talking about in the car on the way home, your message or your one-liner?

As my friend and I finished talking, it dawned on me that he never told me what the sermon was about that Sunday. Instead, we were processing how he felt about the joke he heard. I would venture to say that if a 10 second sound bite is the takeaway from a 35-minute sermon, something is amiss. Don’t allow your message to be subverted by one throwaway comment.

Don’t get me wrong, I understand the intention.

Humor is good. So is connecting with your audience by relating to real life experiences.

But there are ways to do that without using gender-based humor.

There are ways to do that that don’t deepen the gender brokenness, further entrench the stereotypes and, possibly, alienate people from the church and from a deeper walk with God.

In the end, we need to be creating meaningful venues where congregations can talk constructively about male/female relationships and partnerships. Maybe a place to start would be the content of this post. Agree? Disagree? Either way, it would be great to host a conversation in your church about it.

The bottom line is that until we figure out ways to take gender seriously in the church, the joke will be on us.

There was a tremendous response to this post by readers. Aside from many simple affirmations like “Is this something that needs to be said?!” and “I can’t believe anyone in a pulpit would be that clueless”, readers shared insights and examples that showed how widespread this problem is. Many of the comments came from men. Here is a sampling.

“I find it extremely distracting. I can’t listen to anything else after.”

“It leads me right out the door. I feel the same with any sort of ethnic “humor.” I am glad if a pastor is relaxed enough to show his true colors so I can leave early.”

“I have been in many services where I spent thirty minutes reeling from the sting of some painful joke at the expense of women.”

“Sexism gives my non-Christian wife a reason to ignore the sermon and belittles my marriage struggles with cheap “happy wife” lines.”

“I am equally frustrated with the big dumb male trope as I am with the ditzy female or poor overworked wife/mother trope. Let’s cut out all ‘humor’ that reduces people to one characteristic.”

”A male youth pastor described someone being weak, as, “He was acting like a little girl!” It got big laughs, but as a woman sitting there next to my impressionable middle school girls, I was offended and angry.”

“It reinforces an “us vs. them” mentality between men and women…Preachers talk constantly about the need for spouses to respect each other. Well then, stop pitting us against each other!”

“These days, with over 50% of the adult American population being single…the marriage jokes make singles feel more excluded and marginalized than we already are.”

Here are four takeaways from the comments:

1) Don’t assume people approve of gender-based jokes because they laugh.  It can be a natural response to an awkward situation.

2) People really do leave churches because of sexist behavior like gender-based jokes and illustrations.

3) Gender-based jokes are offensive to both men and women; to marrieds and to singles.

This reader summed it up well: “Preachers and church leaders are in positions of power. They need to be humble and sensitive in their leadership. We get plenty of sexism in the world. Church, kindly leave it at the door!”

What It Says (Rob’s personal reflections on the response to his post.)

5 Ways to Avoid Undermining Your Theology of Gender

5 Things I Wish Male Egalitarian Pastors Would Do 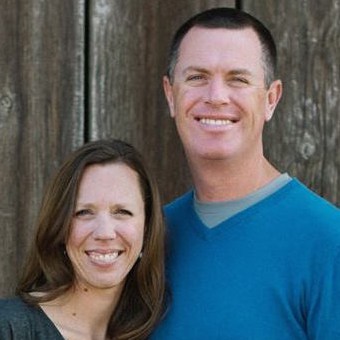