6 Reasons to Include Women Elders on Your Church Board: Part 1 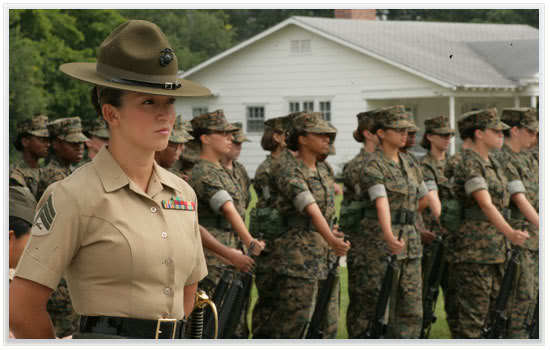 Earlier this year the Wall Street Journal ran a story on women’s roles in the military.

The story highlighted the determination of a group of female drill instructors not to be seen as clones of their male counterparts.  Although most of these women served in combat and now put in 140-hour boot camp weeks, they are still not viewed as “real Marines” by many of the men they work with.  After finishing a drill in full make-up and polished nails, Sgt. Amy Stokley explained the goal is to communicate, “Yes, we are Marines, and yes, we are drill instructors, but first we are women”, and to drive home the idea that leadership is not just a masculine trait.

It’s hard to imagine a setting where this perception would be more difficult to change…except perhaps in the church.

I’ve noticed that church members often expect women leaders to be male-leader clones. Even when a woman conforms to a more masculine style of leadership and demonstrates competence she may still be viewed as less effective than her male counterpart. We like to think that our evaluations of others are fair and objective, but the truth is that women and men are often held to different standards. For example, one study showed that women had to be 2.5 times more productive to be judged as equal to men in a performance review1.  A similar bias is often experienced in hiring practices. Several recent studies have shown that concealing the identities of musicians auditioning for spots in symphony orchestras significantly boosts the hiring of women.

It is no secret that the evangelical church in the U.S. is losing ground in terms of growth and financial stability.2   I think a restrictive view of women’s roles contributes to this decline and that reinterpreting that view will be necessary to reverse it.*

There are lots of good reasons to include women elders on your church board or leadership team. Here are just a few:

Spiritual gifts are not distributed by gender.

The apostle Paul recognized this and urged all believers to use their gifts to edify the church (I Corinthians 12:1-31). While a few texts restrict the actions of particular women in particular situations, when you look at the New Testament as a whole, the balance of scripture leans to the side of full inclusion. We find descriptions of women using their spiritual gifts to prophesy (Acts 21, 1 Corinthians 11) and to serve as house church leaders. Phoebe is identified as a deacon, Priscilla as a teacher. Junia was imprisoned with Paul, who describes her as “noted among the apostles” (Romans 16:7).  As often as Paul wrote about spiritual gifts, he had every opportunity to make a statement about gender limitations, but such a prohibition is not found.

Even so, passages like 1 Timothy 2:11-15 are still misinterpreted and cited as the basis for male-only leadership. (More on the interpretation of 1 Timothy 2 can be found here.) This is like expecting the church to function with one hand tied behind its back.  Jim Henderson and Carolyn Custis James do an excellent job describing various aspects of this dynamic in their respective books, The Resignation of Eve and Half the Church.

Contrary to what you may have heard, egalitarians do NOT believe men and women are “the same“.  We are keenly aware of the differences, which is why we advocate for the full inclusion of women in leadership. Women often see things differently than men and have different lived experiences. Having qualified women elders on your board can lead to a more accurate and holistic perspective of the health and needs of the church body.

A mixed gender board also adds a level of accountability and protection for your church against abuses of power and privilege that have been seen all too often in recent years in church systems with all-male leadership. (This same principle applies to other underrepresented groups in your congregation. As much as possible, your board should be a reflection of the gender and cultural diversity in your church.)

Women have leadership strengths your board needs.

In Paul’s day, there were cultural and practical reasons that most leadership positions were filled by men; reasons that are no longer relevant today.  It is encouraging that credible firms like McKinsey have been able to quantify the value of contributions by women in leadership. Here are some of the findings:

2) Companies with three or more women on executive committees or boards scored higher on nine metrics of organizational effectiveness than their peers. (McKinsey)

(It is important to point out that these benefits may not be realized by adding one or two women to your board as a “token” gesture. A great place to start would be to aim for 30% as a minimum.)

These findings should not surprise us.

When God said “it is not good for the man to be alone”, he was not referring just to the marriage relationship, but also to the mandate given to both Adam and Eve to fill the earth and subdue it (Genesis 1:28).

In light of Christ’s teaching that there should be no hierarchy in the New Community (Matthew 20:25-28), it is hard to understand why some evangelical leaders continue to hold on to an “equal, but” view of women. It’s time to let go of our expectations that women leaders should emulate men and encourage them to develop their own unique approaches to ministry. As more women are included as “real leaders” in key areas of church governance and ministry the paradigm will shift and we will grow more comfortable with their leadership.

More good reasons to appoint women elders can be found in Part 2.

For more on the egalitarian position on women in leadership, read Paul’s Qualifications for Church Leaders by Marg Mowczko.

More research about how women lead and how the benefits of including women in senior leadership can be found here and here.

*For a detailed discussion of the state of the church , see You Lost Me: Why Young Christians are Leaving Church and Rethinking Faith by David Kinnaman, and The Great Evangelical Recession by John S. Dickerson.