A Letter to Young Christian Feminists

Welcome! You have no idea how grateful we are to have you join us in the struggle for women’s full equality.  As young Christian feminists you join a company of women and men dedicated to the cause of moving beyond the Curse and its dark shadow cast upon Eve’s daughters.  We are very glad you are here. I feel compelled to share with you a few things I have had on my heart for a long while.

First, I want to let you know how deeply I admire your strength and determination to fulfill your calling in spite of closed doors and restrictions placed on women by the church. Some of you I know personally. Others I have come to know by reading your books, and/or blogs, and following you on Twitter. To be honest, I am not sure my younger self would have had the fortitude you have shown in the midst of bullies on social media and Internet trolls. In spite of these obstacles you keep moving forward.  And, it is not just your fortitude I admire. In the face of public shaming, and even threats of bodily harm, you have shown remarkable grace.

Speaking of public shaming and threats of bodily harm, I am sorry things are not better by now.  Sometime back in the 1970’s, when my generation began our own journey toward liberation, we naively believed that by now things would be settled. As children of the modern era, we were schooled in the myth of progress. We became convinced, that just as the Berlin Wall had fallen, the barriers against full inclusion of women in society and the church would one day crumble. Women would soon take their birthright as priests and joint heirs with Christ. In the words of Letha Scanzoni and Nancy Hardesty, we would become All We Are Meant to Be. 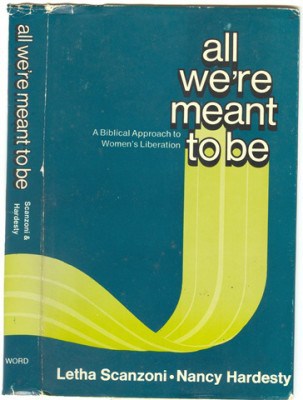 We were wrong. We know now that while the arc of history bends toward justice, the pull of patriarchy, that darkest and most ancient form of human oppression, is strong.  On the journey toward justice, there are times of retreat, backsliding and backlash.  It seems you have entered the Fray during such a time.  Before I go any further I must offer another confession.

Because we believed things would only get better for women, we were not as diligent as we should have been.  I think Bill Hybels speaks for all of us when he said, “Somewhere in the middle 90’s, I think, I said, ‘I don’t have to carry that flag anymore. Because the whole church gets it, we are done with that. We’ve crossed over.’ But in the last ten years, I am embarrassed to say, it’s gone the other way.”

It isn’t just Hybels who is shocked at the turn of events. All of us, women and men alike, never imagined how much “the other way” would be so cleverly nuanced.  My generation could not imagine there would be organizations such as The Council for Biblical Manhood and Womanhood. We failed to anticipate The Gospel Coalition, John Piper, and the genteel Tim Keller.

In the old days people who believed in the subordination of women were inclined to talk about women as inferior to men, referring to us as “the weaker sex.” There was a lot of talk about “women knowing their place.” There was no effort to hide overt prejudice. Now, a newer generation has taken patriarchy and wrapped it in more palatable language like “complementarian.” The subordination of women is given an aesthetic quality at conferences such the upcoming “The Beauty of God-Made Complementarity.”

You are right to point out that while your elders read culture with a critical lens, we failed to deconstruct the church’s purity culture.  The church has bought into the long standing belief that men, being hormonally driven, get a pass in regards to objectifying and abusing women. This false assumption places an undue burden on women to dress and behave in a manner that does not entice men. 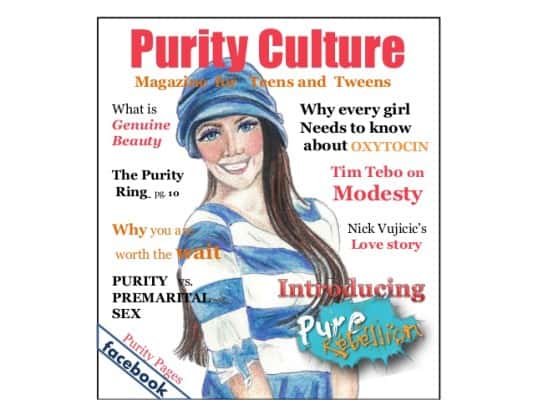 The unfair double standard, seen in “purity balls” and “purity rings”, makes it clear to young women they are first and foremost sexual objects. They are objects under their father’s protection until they marry and come under the protection of their husbands. Many of you grew up in this ethos and, as a result, carry a heavy burden of shame. Your mothers’ silence in this matter meant we were complicit in the abuse. I ask your forgiveness, and I commit to join you in addressing this blight upon our churches.

I would ask you apply the same hermeneutic of suspicion you use toward the purity culture toward the secular culture that seems bent on commodifying everyone and everyone’s body.  How is this culture trapping women and men in an iron cage, all the while promoting their freedom and control over their bodies? I hope that in our future together as co-laborers in this cause for justice, we can move help heal the existing rift between spirit and flesh. I would ask you, my dear sisters, to help us find ways to re-enchant the human body, making it both beautiful and sacred.

Speaking of healing, I love how you have found ways to reconcile motherhood and feminism.  I am proud of you for rejecting the either/or language of my generation that led to the “mommy wars.” You don’t feel the need to prove you can do it all. Neither do you feel compelled to join a “side.” You are free to work outside the home, work part-time, work from home or focus on the work of making a home for your family.

I love how one day you can blog about a systemic evil such as racism, and the next week write about your baby’s nursing as a form of prayer. This grace you have given to yourself and to each other is indeed amazing! Not only have you given yourselves grace, you have given your mothers grace. You have helped heal our wounds from being forced to keep separate our professional and private lives and soothed the guilt we have carried for decades. Thank you.

I am glad you are learning to reject the oppressive “helpmeet” language and to be an ezer warrior. In the words of Carolyn Custis James, “ezer represents the strength and valor of a warrior. God created women to be warriors.”

In this journey toward full equality of all God’s daughters, I join with you in submission.  In Ephesians 5:21 Paul frames the concept of mutual submission around the Greek word hypotassō, a military term meaning to arrange (troop division) in a fashion in which each soldier is in submission to each other. Paul further notes this struggle is not against flesh and blood but against “the cosmic powers of this present darkness” (Ephesians 6: 12).   In this great cosmic battle believers are to “take up the whole armor of God” (6:13). 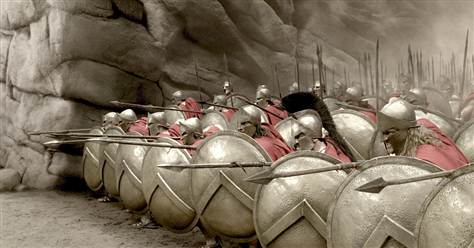 I believe Paul had in mind the Greek phalanx, a formation used in the story of the 300 Spartans who withstood thousands in the battle of Thermopylae in 480 B.C.  The phalanx was a rectangular formation in which each soldier carried his shield on his left arm, protecting not only himself, but also the soldier to his left.

The soldier on the left had to submit (hypotassō) to the soldier on the right, tucking under the neighbor’s shield. With each soldier in submission to the other, individual rights were given up for the sake the whole.  By having interlocking shields, the unit became one seamless fighting force. The phalanx had a weak spot, namely the extreme end of the rectangle. For that reason, the strongest and most experienced warriors were placed there.

Wearing the whole armor of God, we warriors are able to face patriarchy’s dark power.  In mutual submission to each other, we become one unified force in promoting the gospel of peace. As we move forward, I would ask that you place me on the extreme right end of our formation. Being older and more experienced, I can take the arrows of criticism and the darts of open hostility.

When I am old you can put me in the center. There under the cover of my sisters and brothers,  I will be your prayer ezer, waving my Pentecostal hanky in the air while cheering you onward.

One day I will leave this formation to join the Great Cloud of Witnesses. From this vantage point, I and a host of many others, will be cheering you on. So, do not grow weary my fellow ezer warriors. The old order will give way and heaven and earth will embrace.

is the Robert E. Fisher Professor of Spiritual Formation and Christian Formation at the Pentecostal Theological Seminary. She is married to Jackie David Johns, and they co-pastored for over 27 years. Cheryl and Jackie have two daughters and five grandchildren.