The Incomplete Gospel of Biblical Womanhood 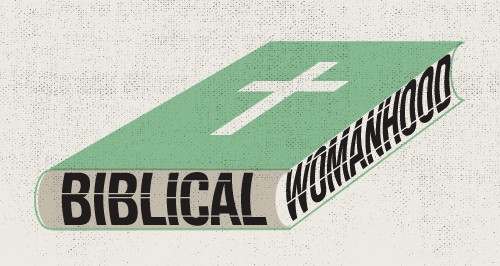 The weekend was coming to a close.

It had been a challenging and uplifting conference, packed with Christians and non-Christians with many different view points. At dinner time, I quickly grabbed my food and searched for an empty seat. Two young men found their places next to me. We introduced ourselves and they told me that they were both on the pastoral staff of a large church in the States. This led to a conversation about where they went to seminary and, eventually, why they chose the largely conservative school that they did. One of them explained,

“Given the growing problems of the Church, I decided to attend a seminary that taught good theology to those who should be in leadership. You know, godly men who know right from wrong.”

Noticing the curious look on my face, he went on.

“I’m not sure if you are aware, but many churches are teaching that it is acceptable for women to take on leadership roles. So, I chose my seminary because it was the first one to teach the important message of what is called ‘biblical manhood and womanhood’. You’re probably not familiar with what that means…”

After he explained gender roles in his own words, he finished with, “Maybe I shouldn’t have said all that … well, you don’t look like a feminist so I guess it’s ok.”

Now, I have to say that this young man was very nice, despite the fact that he thought it was appropriate to tell a random woman that he doesn’t think her fit to do his own job. I actually did appreciate hearing about his views, because I don’t normally hear them explained thoroughly by people who are not popular pastors. But, with his last comment, I couldn’t help myself.

“I have a question for you,” I said honestly. “This idea of ‘biblical womanhood’ seems to apply only to married women with children, who have the financial ability to stay home with their kids. I am a single Christian woman who is working to support myself. What does the biblical womanhood message say to someone like me?”

Now this was a question I had been wondering about for a long time, so I was actually very excited to be able to hear an honest answer. He thought about it for a little while and replied, “Well, it says that the best plan for your life is to find a good Christian man who will lead your family and provide enough that you can stay home.”

So the “biblical womanhood” message says that a single woman is not living the best Christian life because she is not married.

I pushed his line of thinking farther. “And what about women who are married, but are poor or who are simply not wealthy enough to stay home? What does the ‘biblical womanhood’ message say to them?”

His answer came quicker this time. “That they are not in the most ideal situation, and that their husband is failing them because they aren’t able to stay home with their kids,” he replied.

So the “biblical womanhood” message says that poor, working, married women are not living the ideal Christian life because their husbands don’t make enough money.

I pushed a little farther. “And what about married women who cannot have children?”

This thought caught him a bit off guard. “I’m not sure,” he said, “I guess they don’t really fit the mold.”

So, the “biblical womanhood” message tells women who are not able to have children, that they do not fully fit into what it means to be a Christian woman.

I appreciated his honesty. After thanking him for talking with me, I explained that I was an egalitarian. He told me he would think about what I had said. We changed the subject and finished our meal.

I have thought about that conversation many times over the last year.

It comes to my mind almost every time I hear a popular patriarchal/complementarian pastor remind women of “their place”. It pops up in my memory every time I read a blog praising the traditional homemaker for doing her womanly “duty”. I think about that conversation when I hear people referencing “true womanhood” and “biblical womanhood”.

When I hear the “biblical womanhood” message, I worry that such a gendered gospel takes away from the meaning of what Christ actually did on the cross. The Bible doesn’t have one gospel for men and another for women, so why do we teach about scripture as if it did?

Being single in the Church is hard enough.

Many in the Church have elevated the nuclear family so much that singles hardly have a space in Christian community anymore. Add on the fact that, if you are a single woman you aren’t considered to be a true “biblical woman,” and walking into a church without a husband feels like walking into a country club wearing jeans:

Don’t you know the rules?

I am a single, educated, working, Christian woman, and the “biblical womanhood” message doesn’t really apply to my life. I simply don’t fit into the patriarchal/complementarian teaching of what a woman should be. I may fit better in the future, if I get married and have kids, but what if my life doesn’t take that path? What if I am unable to have kids? What if I’m poor? What if my future husband leaves me? What if I remain single?

As I learn more and more about the “biblical manhood and womanhood” movement, I can’t help but think that it sounds more like the American dream than the upside-down Kingdom that Jesus taught about. This patriarchal/complementarian message seems to apply best to people whose lives are “successful” in the 1950s, American, social definition of that word; people with a spouse, 2.5 kids, and a savings account. But when I read scripture, I find no basis for this “biblical womanhood” gospel. What I do find is Jesus saying that it is ok that I don’t fit in:

Because in His Kingdom, the poor are called blessed.

Because in His Kingdom, those without food are filled.

Because in eternity, people will neither marry nor be given in marriage.

Our example of Christian living is a poor, single, Jewish, carpenter-turned-preacher, who walked away from the conventional in order to preach the unconventional, who gave up authority in order to be the servant of all, who surrounded Himself with women and men, rich and poor, married and single, educated and uneducated, and who died for them all.

As a single woman in the Christian Church, I have a choice. I could strive to fulfill the patriarchal message of “biblical womanhood.” I could make finding a spouse a priority, put myself under my future husband’s authority, follow his lead, have babies, and stay at home.

Or I could acknowledge that I don’t know the whole of God’s plan for me. I could strive to walk each day by faith. I could stay under Christ’s authority and follow His lead. I could learn to serve God and love others, no matter where my life takes me; as a stay at home mom, as a member of the workplace, as a preacher, as a writer, as a wife, or as a single Christian woman.

I don’t know what God has in store for my life, but I know from reading scripture that there is more than just one example of what it means to be a woman. I know that Jesus defended women who chose to be unconventional. I know that we are never called to be “biblical women” and “biblical men”, but to make disciples of all nations.

That is the Gospel I choose to build my life around.

That is the Gospel I choose to tell others.

That is why I do not buy into the “biblical womanhood” gospel, and why I cannot be a part of that movement – because it preaches a “to do list” instead of freedom; because it is gendered when scripture is not; because it demands uniformity instead of celebrating diversity; because it elevates married life over single life; because it doesn’t apply to everyone.

If you are interested in exploring this topic further, I recommend Rachel Held Evans’ “A Year of Biblical Womanhood” and “Discovering Biblical Equality” by Pierce, Groothuis, and Fee.

*Note: The definition of “biblical womanhood” that is assumed in this blog is the one laid out in “Recovering Biblical Manhood and Womanhood”. This post also takes into account the more popular interpretation of Piper and Grudem’s teaching as seen in the “True Woman” movement and the more general “biblical womanhood” movement.