How I Became A Christian Feminist 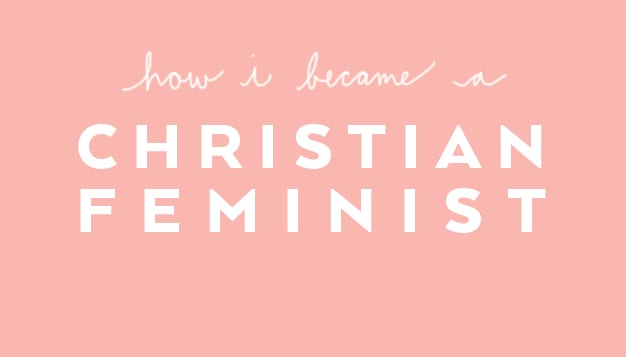 [This week marks the six month “anniversary” of The Junia Project blog. To celebrate, we’re sharing three of our favorite posts that were published in the first month. In this post Katie Hickman shares her story of coming to a deeper understanding of the importance of women’s equality in the church.]

I didn’t always feel passionate about gender issues in relation to the Church. Let me briefly tell you the story of how I came to be writing this post. I am the type of person who loves learning about things that interest me. I’m that person who goes to Barnes & Noble and reads all about whatever topic I’m currently into. A few years back, this topic was marriage. I was engaged to be married, and I have always taken the vows of marriage very seriously. I thought I might as well figure this marriage thing out (because you can do that by reading a couple books, right?).

I read a lot of Christian books on marriage. A few were fabulous and helpful; others didn’t sit right with me. I noticed that a lot of them seemed to be all about gender differences. For example, women think about a million things at once; men have one-track minds. Women need love; men need respect. Women are primarily called to nurture and take care of their young; men are primarily called to be the breadwinners and provide financially for their families. Men want and need sex all the time; women don’t, and they need to step it up in order to provide for their husband’s needs.

With all these differences, one would be surprised to learn that we are even the same species. Sometimes recognizing our differences helps us better understand each other. It also helps us have a group of people to relate to (i.e. “My husband does that too! Men will be men.”). I believe that the people who are writing these marriage books all about our differences, about how “men are from Mars and women are from Venus”, are truly doing so to help people. What I think they don’t realize is how damaging the glorification of our differences can be. When common, natural differences are turned into prescriptive roles of “biblical manhood” and “biblical womanhood”, not only are the people who don’t fit these descriptions being told that they are essentially flawed, but they are also being denied the right to pursue who God really made them to be.

It seems that in many Christian communities being a “biblical man” or a “biblical woman” is just as high of a priority, if not more so, than being a biblical person. How did we come to the conclusion that men and women are to imitate Christ in different ways? I’d like to know where people see Jesus mentioning or even emphasizing that a man’s highest calling is to be a leader and a decision-maker, and a woman’s highest calling is to be a nurturer and “advice-giver”. From what I know about the life of Jesus, he called us to love God and love others selflessly. That’s all Jesus seemed to really care about.

Some people accuse women who support egalitarianism of being power-hungry, selfish, and unable to recognize the “beauty” of the way God made women to follow the leadership of men. This is where I get really frustrated. I want to challenge this way of thinking.

I believe that God calls us to live Christ-like lives; that we are to live selflessly, so that we can better love others in the way God loves us. However, sometimes in Christian culture, this idea of selflessness is used to tell our brothers and sisters that they shouldn’t stand up for their God-given rights. For example, if a woman asks or trains to be a leader, it is not seen as selfless service, rather it’s seen as being selfish for wanting more, wanting something else that God hasn’t ordained. On some level, I think I understand why there are Christian women who are comfortable with letting men be the only leaders. I think they must see it as being selfless, as being content with what God has given them.

But denying women the right to pursue their calling to lead people, including men, to Christ’s love, is something that I think people will have to answer to God for. To say that one gender is inherently better suited at leading than another, sounds a lot to me like saying white people are better at leading than black people. People have said these things, and have used scripture to support their ideas. Scripture can be twisted to support a lot of injustices, as we have seen in the Church’s history. Sometimes it’s easier to think that scripture is on our side than to really question entire systems of injustice.

I don’t think that people who believe in the idea of complementarianism are intentionally seeking injustice. I have very, very dear friends who believe that complementarianism reflects a beautiful picture of who God is. However, I think it’s important for people who are going to preach these ideas to thoroughly examine the negative result they can have on people, and consider the cost of preventing women from holding leadership positions.

What have you observed about reactions to the term “feminist”? If you support women’s equality, do you call yourself a feminist? Why or why not? What distinguishes Christian feminism from other branches of this diverse movement? What does it have in common? is a graphic designer, wife, and lover of coffee. She holds a Bachelor of Arts degree in graphic design from Point Loma Nazarene University, and runs her own freelance photography business. She has a passion for gender equity and human flourishing.