The Deceived Shall Teach our Children?

One day I was leaving my Christian Ethics class, having just discussed masculinity, industrialization, and lots of other great stuff.  On my way out, in the most casual way, a classmate said the simplest yet most brilliant thing:

“If women were weaker and more easily deceived, why would we trust them to teach our children?”

This immediately led me to think of this quote from Grace Driscoll:

“As daughters of Eve we are more easily deceived, but like Ruth under the security of our husband and our God we are safe. Doesn’t it limit our ability to demonstrate our gifts? No. We can lead children and women, which is what a Titus 2 woman should desire.”

I don’t agree with Driscoll, but let’s assume I do.

So sorry ladies, my children will only be taught by men. I want the best!

For those of you who don’t know me, I think this is bologna. But I don’t want to get into that now. I simply want to point out the contradiction at work when people simultaneously believe that women are more easily deceived and that they can and should teach our children.

And while we’re on the topic of women teaching children…

I’m led to another important question: Women are allowed to teach boys who will grow up to be men.  Right?  But wait, this is a problem.  At what age do boys become men? 13? 16? 21?  When are males too old to sit under the teaching and authority of women?  And, are boys supposed to forget everything they learned while under the authority of a woman once they become men? How does that work?

Back to allowing the weaker vessel to teach our precious children…

I don’t know why this logical contradiction has never occurred to me. The next time I hear the “But women can use their gifts to teach other women and children” line, I’m going to scream. You know why? Because our children deserve better than weak-minded teachers, darn it! (Imagine Stephen Colbert saying that and it’s super funny. Oh, if only I had an alter ego of my own. She’d be so entertaining!)

If you truly think the Word of God requires you to believe that women are weaker and more easily deceived than men, you’re still my brother or my sister in faith and I love you. I vehemently disagree with you, but I respect your right to have this opinion.

But if you do, you better back up that belief by forbidding women from teaching children.

This blog post was originally published at lauraziesel.com and is used here with permission. All content © Laura Rogers Ziesel.
Posted in Women and Relationships, Women and the Church
Tagged as authority in the bible // parenting 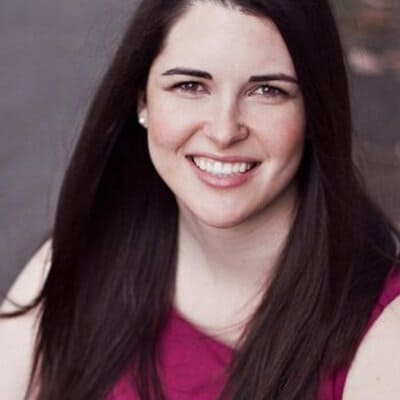 Laura recently moved to the East Coast after earning her MA in Theological Studies at Azusa Pacific University. Prior to the move she was the West Coast Regional Director for the Veritas Forum. She is married to Joshua and they have two beautiful children.