Becoming a Pastor Made a Woman Out of Me 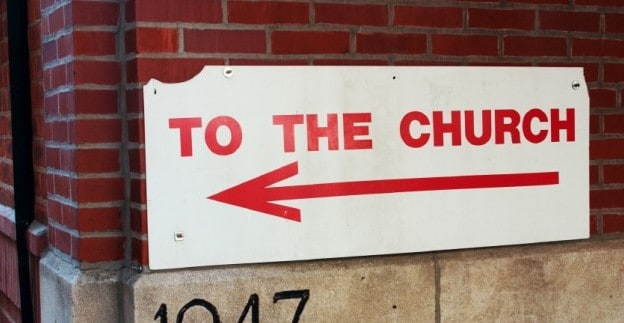 I grew up truly believing that I could and would be anything that God wanted me to be.

He had revealed his very personal and intimate love for me at a young age, and being lost and found in his identity proved to be the safest place I could be. And though I referred to God in masculine language and still do, the identity I assumed as his child and beloved one transcended gender.

Being fully identified with a masculine Christ and seeing my feminine body as a temple for his presence was never challenging for me. In fact, it was as natural as being alive. Because of this, the world in need of God’s amazing love was without boundaries to me. I did not see need or respond to need through the lens of my physical body, but rather my spiritual body.

It started Bible studies in my neighborhood in elementary school and led the Christian club at my high school. It led mission trips to Mexico and outreach events in my own community. It took me to over a dozen different countries by the time I was 16. At 17 this love compelled me to spend my Saturday afternoons on the streets of downtown San Diego making friends with the homeless. At 19 it took me to work alongside the Missionaries of Charity and Mother Teresa in Calcutta and from there, to live in Israel for a semester.

At 22 this love guided me to lead a non-profit organization for eight years for primarily Mexican immigrant, underserved youth in Los Angeles County. I was unstoppable and without inhibition.  Everything I did was ignited and put into motion by what God had done and was doing in me.

And though in the flesh I felt my femininity and some of the physical threats and dangers that came with this identity, I did not notice how God, embodied in my womanhood, was filtering his love through my gender.

At 30 I was invited to serve as the Executive Pastor at my church. I knew the Lord was opening the door for this transition, so I took the call without much apprehension. In my border-less mind and heart, little did I know all that would be challenged in me as I assumed this new identity.

Not long after I started my new job, I began to sense a growing tension in my soul that grated at me. I was very comfortable with the “executive” part of my title. I had run a non-profit organization. I knew my abilities and I knew I could benefit the church with my know-how. But what took me off guard was how completely uncomfortable I was with the second part of my title. “Pa… Pa… Pastor?” I spent the first couple of years introducing myself as someone who worked for a church simply because I couldn’t get out that word.

Could it be…was it even possible that perhaps the tension lied in the fact that I was a woman?

For the first time I questioned that unashamed, uninhibited love. That love that had never held back and saw no limits. It felt safer to be an unidentified church worker than to humbly own God-given spiritual leadership and a title that told the world I was called to shepherd.

For the first time, I felt like I wanted to hide who I was and what I had to give because it came in a package wrapped in long hair and had breasts.

For the first three years as the Executive Whatever I did what I knew to do. I executed. I organized. I implemented. I mobilized. I challenged and inspired. I did everything, but pastor. It was a piece to the puzzle that challenged me every time I tried to manipulate it into the bigger picture. Would people fully embrace me as their pastor? Would I make people feel uncomfortable considering there had never been a female pastor in the church before? Would they call me “pastor” with a wink, wink, nudge, nudge? With an attitude of, “Well, we’ll let her get away with it”? So much insecurity… So disconnected from the heart of God for me, but moreover for his church.

Then, something began to happen. An inescapable force that every fiber of my being had to respond to. It commanded that I bring my whole being to the table. This force called forth my presence physically, emotionally, and spiritually. And I could only respond to it fully as I was. A woman.

What happened was that I began to fall in love with my congregation. I mean, deeply, passionately love them. I laughed when they laughed and cried when they cried. I couldn’t help myself. I had to touch them, hug them, hold them, and pray for them. I had to call them, visit them, and be in their space. I had to sit in their anger and question their losses. I had to help them fight their wars and push them to victory. I had to sit with them in the depths of their souls– in those places where there’s no shame. I had to instruct and to guide them as the Lord gave me discernment to do so. I simply could not withhold myself from them any longer.

I had to, dare I say it? Pastor. I realized that a title that was once a burden was now a blessing as it adequately matched the inner state of my heart, call, and passion.

And what I’ve learned over the years, as I have embraced my congregation with a female heart and hands, is that I am fully representing who God is to them in that very moment.

I am embodying a Kingdom order that personifies his grand idea behind creating both male and female in his image.

The more I embrace being a pastor, the more I give the church the opportunity to experience both the masculine and feminine heart of God for them. Something I cannot, nor will not withhold.

My heart has hurt in recent years as I’ve become aware of how underrepresented the full image of God can be in pastoral leadership. I had no awareness of a glass ceiling hovering above me as a child. I didn’t even have an awareness of it as I served as the executive director for a non-profit. I felt very accepted in leadership when left to God’s heart and secular society. It wasn’t until I assumed a pastoral title within the context of a church that I felt the weight of that nasty piece of glass hovering and glaring above me.

To be honest, at times it can be difficult running in circles and making friends with other local pastors who have doctrines that do not validate the shepherding heart of God in me that is neither male nor female, but is simply being expressed through a female form. I know they wouldn’t hire me at their churches in a pastoral role. But then I go back to my precious congregation where I see the image of God fully alive in so many ways for so many reasons. For me, it’s a true healing community. 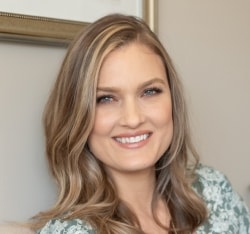 Abigail is the Lead Pastor at Vineyard Church in Glendora, California. She and her husband, Jacob, have grown their family of six through both birth and adoption. Her greatest pursuit is to creatively join the church with where God is at work in the community and world. She is finishing up her Master of Arts in Global Leadership at Fuller Theological Seminary.