It is all too easy for the loudest and most prolific voices to dominate what a young Christian hears about gender relationships in the Christian church.

My twenties were found during the 1990’s. Looking back on that era now, it seems like there was a considerable amount of effort directed toward Christian men to “reclaim” what it meant to be a godly man.

As a young husband and father, I recall going through parenting workshops and reading family and parenting books emphasizing ideas I now understand to be based on patriarchy and complementarianism to varying degrees.

On the surface, these ministries, classes, and books made quite a bit of sense to a young Christian wanting to live right and “biblically.”  And I was almost taken in by them. Almost. But there were things that bothered me. They taught what appeared to be a singular vision for what a godly man, a godly woman, and a godly family looks like. The implication was that anything else was less than the biblical ideal.

For over a decade I didn’t know what to do with the discomfort I felt about what was taught to me about gender and family in the church. Then a few years ago I began to encounter blogs and books showing there are other ways to interpret and apply biblical texts, including those dealing with gender. One of those was The Junia Project.

These resources are important to me because they provide something I didn’t have when I was struggling and questioning – other ways of interpreting. This is why I believe it is important to spread the word. I don’t want my daughters to find themselves in places where their contributions and roles are limited and their personhood marginalized because of one particular way of reading and applying the biblical text as “biblical.”

The traditional interpretation points to these verses as “proof” that women are to remain silent in church and, by inference, that they are not to take part in leading public worship (vv.34-35, 37). But when I took a closer look I realized that there are many problems with using this passage to support the idea that women must maintain a lesser role.

The first is that In the preceding set of verses (vv.26-33) Paul instructs both the tongues-speakers and the prophets to “remain silent” (v. 28) or “be silent” (v.30) under certain conditions. The women are instructed to “keep silent” (v.34) as a third group in the series. The problem for modern interpreters is that Paul does not appear to provide any explanation of those limiting conditions in the text itself.

Paul gave instructions in chapter 11 to women who did prophesy and lead in public worship (11:5).  The second problem then is that Paul would appear to be contradicting himself if verses 34-35 of chapter 14:34-35) are interpreted as literal and universal.

A third problem is that, in its context, the word frequently translated as “women” (v. 34) can refer to either “women” or “wives”. The meaning must be determined from the context, so in this case it is best translated as “wives”, because the next verse refers to “their husbands”. This means that at the very least, unmarried women are not included in Paul’s instruction.

The final problem I note here is with the “command” Paul refers to in v.37. Frequently those who wish to “prove” that Paul intended women’s silence to be binding and universal will point to this verse. On the surface it could be read as pointing back to its immediate antecedent, which is indeed the command to remain silent and ask their husbands at home.

But when the entire rhetoric of vv. 37-40 is viewed, it becomes clear that Paul is mostly likely referring to the command that love be the context for all Christian activity, found in chapter 13.

The crux for interpreting, understanding, and applying this passage comes in 14:33a: “For God is not a God of confusion but of peace.”

This appears to be a hinge verse that summarizes why the gifts of tongues and prophecy must be employed in a controlled manner, such that in some cases silence is necessary. It also introduces the reason Paul instructs wives to remain silent. The wives in the Corinthian church were disrupting worship and causing confusion, preventing other worshipers from hearing and learning.

Kenneth Bailey provides, in great depth, a reconstruction of what he believes was happening in the Corinthian church, based upon his experiences among the present-day peoples of the area. (See Chapter 4.7 of Paul Through Mediterranean Eyes: Cultural Studies in 1 Corinthians.) Here is his line of thought, briefly:

Nowhere in 1 Corinthians does Paul give a universal command, applicable to all places, peoples and times, that women and men have different roles in the church.[2]

Paul affirms the right of women to lead, speak, and teach the entire church during public worship.

To see it otherwise is terribly faulty and holds dire consequences for the integrity and health of the church. To maintain practices that divide the service of men and women in the church is, in effect, doing that which the Corinthians were being corrected by Paul for – condoning and encouraging divisions, creating a class of people that were considered “more spiritual” by the nature of gifts. Paul would be appalled.

What I’ve come to realize is that the message of this passage is clear and simple: When in public worship, respect one another. Show love by remaining silent when others are speaking so that those around you can listen and learn. Nothing more, nothing less.

YOUR TURN:  How does knowing more about the literary and cultural context of 1 Corinthians 14 impact your understanding of this “difficult passage”?

This post is adapted from the series on 1 Corinthians on Mark’s blog – Essays to Corinth.

[2] And I hasten to add that such instruction is not found in any of the remaining undisputed Pauline writings.

For additional arguments about why this passage should be not be used to limit women’s participation in worship see Must Women Keep Silent? 1 Corinthians 14: The Apostle Paul and the Traditions of Men by Bob Edwards and Interpretations and Applications of 1 Corinthians 14:34-35 by Margaret Mowczko. 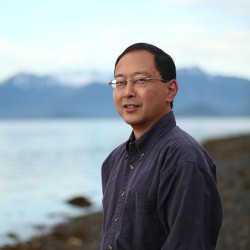 Mark Kubo
is a graduate of Pacific Union College (Angwin, CA) with a degree in Computer Science. He worked as a software engineer in PC and network security for twelve years before moving to Southeast Alaska to pastor a church in the Norwegian-founded town of Petersburg. Mark is also a photographer, and serves as Secretary for the local Ministerial Association. He is married with two grown daughters and three cats.

is a graduate of Pacific Union College (Angwin, CA) with a degree in Computer Science. He worked as a software engineer in PC and network security for twelve years before moving to Southeast Alaska to pastor a church in the Norwegian-founded town of Petersburg. Mark is also a photographer, and serves as Secretary for the local Ministerial Association. He is married with two grown daughters and three cats.