Who “Killed” Junia? Part One

“Greet Andronicus and Junia, my fellow Jews who have been in prison with me. They are outstanding among the apostles, and they were in Christ before I was.” Romans 16:7 (NIV 2011)

I have had a little curiosity about Junia for a long time, but didn’t go on a search for who she was and what Paul meant when he referred to her until a few years ago.

Paul had already named women as coworkers in Romans 16 and would go on to name several more. Naming someone or giving them prominence in one way or another was a meaningful act in the first century. Paul names 25 people in this chapter, praising seven women and five men as being most crucial to his work and to the church. Women get most of the “high fives,” you might say.

I had read the verse in question many times without giving much thought to what it meant. Frankly, I wasn’t wired to be an iconoclast and I generally accepted what my church taught without question for the first 30 years of my life. Still, I was bothered by a few things, including Paul’s statements on women in two seemingly isolated passages.

When I first began wondering how to harmonize my church’s restrictions on women’s public participation in worship and ministry with some of the passages I found in scripture, I came across a mention of “Junia, a female, who was also an apostle,” and it startled me. Running back to Romans 16:7 I found the idea interesting, but my reading of the verse did not compel me to believe that it clearly stated that Junia was an apostle.

I had several questions that needed to be answered:

• Is this verse saying that Junia was an outstanding apostle or merely that she was esteemed by the apostles?

• If this Junia was a female, could she have been in prison with Paul, a man?

• Why were some Bibles printing the name as “Junias,” “Junius,” or “Julian”?

I read several books on the subject but still had questions. So I was happy to find the book “Junia, the First Woman Apostle” by Eldon Jay Epp. Epp is Professor of Biblical Literature (Emeritus) at Case Western Reserve University and a former President of the Society of Biblical Literature (2003–4). He is the author of Studies in the Theory and Method of New Testament Textual Criticism (Eerdmans, 1993) and the editor of several works. That all sounds impressive, but what I liked was that he approached this subject like a scientist; He first gathered all the material out there and then looked through it. He made no conclusions until he laid out every fact at his disposal.

1. The name in Romans 16:7 was considered a female name in the early church by all writers “without exception.”

2. Greek versions of the scripture continued to spell it as a female name with the exception of Alford in 1852 and didn’t even note that it could be a male name in the appendix until Weymouth in 1892.

3. Early translations such as the Old Latin, Vulgate, Sahidic, Bohairic Coptic, and Syriac versions spell it as a feminine name.

4. English translations read it as “Junia” until the last part of the 1800s when it was suddenly changed to a male name “Junian” or “Julian” or some variation.

5. While some believe that this was a nickname for the male name “Junias”, Junias never appears as a name in the first several centuries after Christ and, therefore, wouldn’t need a nickname form.

One of the first collectors of manuscripts was Erasmus, who was able to secure rare and previously unavailable documents from all over the known world. He made a note on this passage that all manuscripts agreed that this was both a woman and an apostle – a highly esteemed apostle.  When Epp finished his own manuscript gathering he concluded:

“Junia” occurs in all Greek manuscripts except for five that have a variant of another kind, namely, “Julia”. But Julia is clearly a woman’s name – the most popular by far of all names in Rome…How, on any scheme, then, did scholars get to a masculine term and to a man Junias?” (Epp, p.31)

I do not want to go into what the word “apostle” means in this passage¹. Clearly, there were more than twelve apostles as Matthias was added when Judas committed suicide. Paul was added later, as were others. Some go to Paul’s defense of his apostleship in the books of Corinthians and try to backwards engineer a definition, but there are times that the word is used to mean “messenger” or “leader” or “emissary” as well. Regardless, it is clear that Andronicus and Junia are leaders in the early church…or at the very least, highly esteemed by them.

Chrysostom raved about Junia in his comments on this passage.

“To be an apostle is something great. But to be outstanding among the apostles – just think what a wonderful song of praise that is! They were outstanding on the basis of their works and virtuous actions. Indeed, how great the wisdom of this woman must have been that she was even deemed worthy of the title of apostle.” (in ep. Ad Romans 31:2; PG 60.669-870 as quoted by Epp and Pederson).

I find it striking that Chrysostom has such effusive praise for Junia when he wasn’t keen on women in general (massive understatement) and because he was writing in the late 300s/early 400s when Junia was STILL considered a female apostle in the early church.

Martin Luther (who, if you remember, said that the purpose of women was to bear children and if they died in childbirth, so what?) translated the Bible into German, following a translator named LeFevre who had changed “Junia” into “Juniam.” His translation was as influential in Europe as the King James Version was in the English-speaking world. From that point on, people took Luther’s translation and worked from it, never going back into the older manuscripts.

What was LeFevre’s justification for changing the name? What was Luther’s?

From what we can find so far – they had none. Perhaps they just couldn’t imagine a woman being an apostle (and in the 1500s that is understandable, although changing the text is not). So they made the change, assuming the texts were corrupted somehow. Voices were raised against this (Locke, Drusius, et al) but once Luther’s translation was out there, it steamrolled over anything in its path. (Interestingly, the KJV kept Junia as a female name.)

Rena Pederson, a thirty-year investigative reporter and editor for the Dallas Morning News, wrote the book The Lost Apostle: Searching for the Truth about Junia. She spent years interviewing experts in the Vatican and Oxford and all points in between. She is convinced that the villain here is Giles of Rome (1298), sometimes called Giles of Colonna or Aegidus Romanus. According to Pederson, he was the first to refer to Andronicus and Junia as “honorable men.”

Giles changed “Junia” to “Julian” – and this is critical – assuming it had to be a male name since it belonged to an apostle.

Giles served the popes, including the corrupt Boniface VIII, known for his rabid opposition to women in any position of power, secular or spiritual. He suppressed convents and took missions and teaching roles away from nuns, forcing them into cloistered lives. Boniface was in constant battle with another corrupt leader of the day – King Phillip IV of France. Phillip was the king who trumped up charges against the Templars, outlawed their order, and hunted them to the ends of Europe so he could confiscate their wealth. Each side had their theologians or lawyers to write defenses of what they wanted to do.

Giles was charged by the popes he served to craft treatises of sufficient weight to give them license to do what they wanted to do. This is called “scholasticism” – deciding what you believe or do and then using scripture to gain the warrant for doing it. Boniface – whose adultery was so well known that he felt free to casually say that adultery was of “no more harm…than rubbing your hands together” – directed Giles to defend his edict stripping women of their place in the church. One of the ways he did so was to replace Junia with Julian, a male name.

But Giles was not alone. This tale gets even more twisted, but that will have to wait until Part II.

It seems Giles, et al, were quite successful in silencing an early Christian leader…and half of the church.

Read Part 2 for the rest of Junia’s story.

¹For an extensive study on Junia and what it meant to be “outstanding among the apostles”, see Suzanne McCarthy’s series on Junia, the Apostle.

Posted in Women and the Bible, Women and the Church
Tagged as Apostle Paul and women // Chysostom // Junia in the Bible // Martin Luther // Rena Pederson // women in the new testament 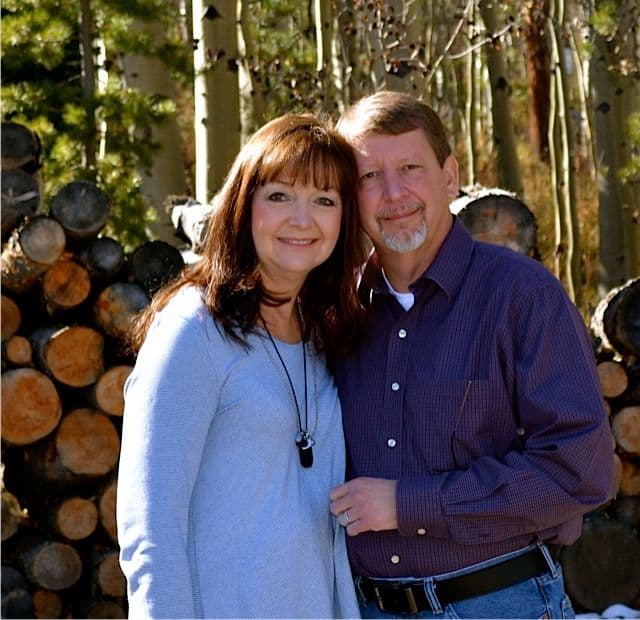 Patrick has served and grown churches for more than 40 years. He has been the lead minister in churches in Ohio, West Virginia, Michigan, South Carolina, Colorado, and Tennessee and served as a consultant for churches across the U.S. and beyond. He and his wife, Kami, recently founded Our Safe Harbor Church. He is also a scientist holding two doctorates (psychology and brain chemistry). As a man whose work in science drove him to faith, he approaches scripture with the firm belief that any God worth worshiping can deal with any question thrown at him.