The Wise Woman in 2 Samuel 20: Insights from an Archaeologist

Part 1 tells the story of the Wise Woman of Abel Beth Maacah found in 2 Samuel 20. In this article, Dr. Nava Panitz-Cohen (Hebrew University of Jerusalem), one of the archaeologists directing the current excavations at this historical site shares her experience with the story.

I have worked for some two and a half decades at field excavations in Israel such as Tel Miqne, Tel Batash, Tel Beth-Shean and Tel Rehov . Presently, I co-direct the new excavations at Tel Abel Beth Maacah with my friend and colleague, Bob Mullins. 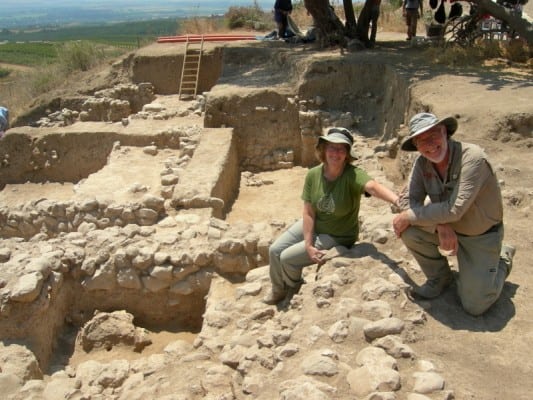 When I was asked to write a short piece about my experiences as a female dig director my first thought was – would they have asked a male dig director to write such a piece? Probably not. But why is that? I guess because there is supposed to be a fundamental difference between the experiences of men and women when doing this same job. And probably because female dig directors are in the minority; at least in Israel, hearing from a woman running an excavation is more of a novelty.

At first, I was somewhat perturbed by this. Why should the experience be different just because we are women? Haven’t we achieved equality in the deepest sense? Am I not fulfilling the exact same role as a male archaeologist? After all, I’m not an assistant, we are co-directors.

Is the job definition different? The issue of gender should not enter into this, but rather questions like: Am I qualified? Am I capable? Am I motivated? But I know that such an attitude is a utopian and unrealistic attempt to deny the fact that, yes, the experience is different in a number of ways. 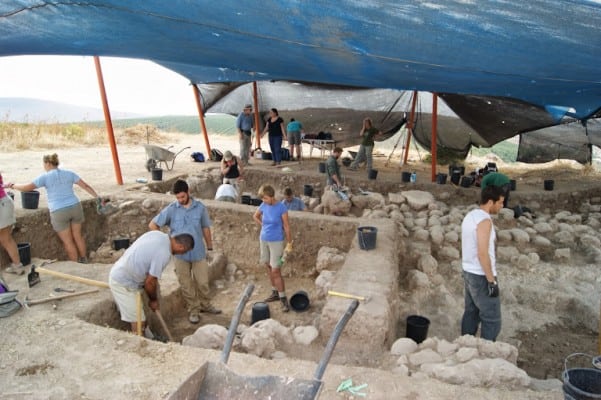 While I bring to the job my own qualities, personality, and abilities, there are also real and fundamental gender issues beyond my own personal identity that play out in two primary ways: what society thinks of women in positions of authority and, in the wake of that, what we think of ourselves in those roles. Sheryl Sandberg shares insights on this reality in her interesting and provocative book Lean In: Women, Work, and the Will to Lead.

Sandberg writes that women are regularly socialized into subordinate roles by the need to be nice, to be liked. This promotes a non-confrontational attitude so that when the time comes to take charge and make tough and sometimes unpopular decisions, women often shy away.

There also is the fear of not being taken seriously (what is called in Yiddish the “maideleh” – “the nice little girl”), or even worse, not taking oneself seriously. Yes, low self-confidence is the bane of female authority. Being conditioned to take the back seat to a man whose job it is to drive (the jeep in the field!).

Additionally, women and men often respond differently to failure. When a woman fails, she agonizes and becomes Lot’s wife, looking back and turning into a pillar of salt, frozen and unable to function. Lot would never have looked back, he would have just continued on his donkey to the next challenge. When a man fails, he reviews, processes, shrugs, and moves on, convinced that he is just fine – and he is.

When these issues are played out in an excavation, where the essence of fieldwork (with its emphasis on physical strength, tools, logistics, sweat, and real-time hard decision making) is often conceived as male terrain, it becomes even more complicated. Indeed, during the excavation season, I had to constantly develop awareness and work hard to overcome these inherent gender-generated tendencies. 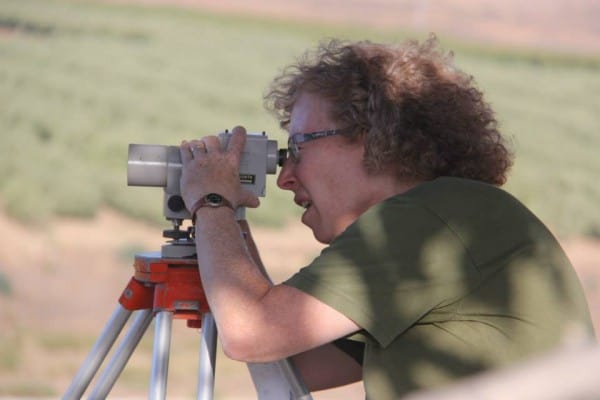 Luckily, in order to accomplish the goal of directing, there are a number of valuable qualities that most women bring to the position, including empathy (which we were also socialized to excel in), organizational skills (running an excavation is a piece of cake compared to juggling family, work, academia, a social life…), perspective, the ability to foster camaraderie and teamwork in a less competitive atmosphere, the ability to delegate, and the ability to plan. In short, less control freak-ness and more cooperation and encouragement in order to get the job done.

In summary, I feel that I ought to have something profound to say about my experience that will inspire other women.

Maybe I should express my thanks for being given this opportunity. Perhaps a word or two to assuage the guilt of the men who have kept us – or keep us – back in any number of subtle ways. But mostly – how important it is to have more women excavation directors serving as role models and mentors in fieldwork. I spent over 25 years excavating with the best field archaeologist in Israel – Prof. Amihai Mazar – which immensely enriched my professional ability. I wouldn’t trade this experience for anything in the world. 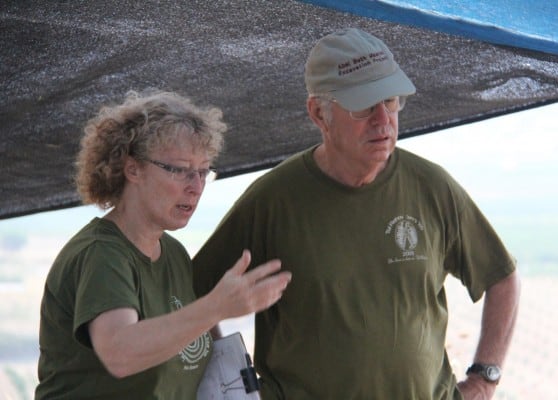 Even so, I wonder how it might have been different if I had worked under a female director. Would it have been easier to incorporate the time in the field away from family with my role as a mother and wife? Would this have boosted my self-confidence and belief in myself? Would I have ventured to direct my own dig sooner? Perhaps. Ultimately, it’s up to us to take charge of our fate and to make the right decisions for ourselves, whether we are men or women.

I learned a lot about myself during the first season at Abel Beth Maacah, growing both personally and in the sense of gender awareness. I’m looking forward to the ongoing challenge of directing an excavation by emphasizing what I like to do best – to work together as a team, to develop strategy, and to focus on the goals without losing perspective of the people and broader issues involved; I want to nurture but also to lead, to make tough decisions, but also to be liked.

Is this typical of a female dig director? Probably, yes.

And I especially look forward to carrying out this agenda together with my (male!) colleague, Bob Mullins, who is the perfect partner for accomplishing this challenge.

Ultimately, each gender brings its strengths (and weaknesses) to the team, and that will ensure the success of our project – through mutual respect and consideration.

The excavations of Tel Abel Beth Maacah are a joint venture of Azusa Pacific University and Hebrew University, in collaboration with Cornell University. Registration for students and volunteers is now open for the 2014 season (June 24-July 22).

Read more about the dig from co-director Dr. Robert Mullins here and about some significant finds that made at these sites: Biblical Archaeology Society, Huffington Post, Fox News, The Times of Israel.

This post was adapted from an article on the ASOR blog and used with permission.