The Promise of Pentecost: Your Sons and Daughters Will Prophesy

Last Sunday we celebrated Pentecost – the birth of the church.

It’s the time we remember God sending the Holy Spirit upon believers to empower them, fulfilling the commission we had been given. Fire and wind, mysterious languages, a massive revival breaking out.

When I first heard the story of Pentecost it was painted to me as the Holy Spirit empowering just the 12 apostles to step up and speak out.

They had been hiding in an upper room, but then the Holy Spirit came. Those 12 men went out and began speaking in other tongues, preaching and prophesying the truth of Jesus.

It’s a great story, and an exciting start for the church. But it didn’t ignite any passion. There was never any place for me within that story. Sure, God can empower anyone to serve … but there was a subtext there. The subtext said God can work through anyone [who is a man]. Anyone [who is young and able]. Anyone [who fits the right image].

It was the birth of the church I was supposed to be a part of – but it left me on the outside. Anyone became not me. And I know for a lot of people that anyone has become not you, too.

The real story of Pentecost is something different entirely.

God’s empowerment of the 12 was just the tip of the iceberg. If you’ve ever been left on the outside, I invite you to take a moment and read it with me again:

“All [the apostles] were constantly devoting themselves to prayer, together with certain women, including Mary the mother of Jesus, as well as his brothers.” (Acts 1:13-14) “When the day of Pentecost had come, they were all together in one place. And suddenly from heaven there came a sound like the rush of a violent wind, and it filled the entire house where they were sitting. Divided tongues, as of fire, appeared among them, and a tongue rested on each of them. All of them were filled with the Holy Spirit and began to speak in other languages, as the Spirit gave them ability.” (Acts 2:1-4) “And at this sound the crowd gathered and was bewildered, because each one heard them speaking in the native language of each.” (Acts 2:6)

Do you see it? This was more than God empowering 12 men.

There were a large number praying together, and some of them were women.

Men and women were filled with the Holy Spirit.

Men and women were gifted by the Spirit.

The birth of the church is the moment in history where God’s plan of unity and equality is unleashed. The whispers of the Old Testament are boldly proclaimed to the crowd:

God is making the plan clear: In the Kingdom there will be no discrimination from race, gender, age or socioeconomic status.

God will pour out his Spirit on all people. God will enable all people to prophesy, to speak his very word on his behalf. This is not an afterthought. It’s the first truth that God’s church proclaims*:

It took a while for the early church to fully grasp this equality and unity, and it’s still hard work for us today.

We still struggle against injustice in so many areas. But Pentecost reminds us that these struggles are not from just our own frustration. They are God calling the church back to who we were originally made to be. The Holy Spirit is a gift to all people, and God calls based on gifting not on gender.

As we celebrate Pentecost, I encourage you to remember that equality is not something God tacked on to the plan. You are not somehow outside of God’s gifting and blessing because you don’t fit the right image. Equality was the very truth he spoke over the birth of his bride.

For more on the significance of Pentecost read In the Image of God: Implications for Gender Equality. 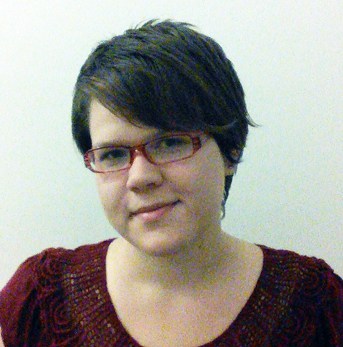