During my freshman year at a conservative Christian high school, my keyboarding teacher suddenly fell ill. That week, after our regularly scheduled chapel service, the principal announced that my teacher was suffering from a life-threatening brain tumor. He wanted to have a special time of prayer on her behalf, and he wanted prayer volunteers.

“Boys, if several of you will please volunteer to pray out loud. And girls, you can pray silently in your hearts.”

Silently. In your hearts. I remember feeling outraged that I was not allowed to speak a prayer for my teacher. That day, and many others wherein I was told that women could not be leaders in the church, convinced me for a time to abandon church altogether. Why would I stay where my voice was not valued? In fact, for many years I felt apologists for female clergy were lovely but misguided. Why waste one’s time trying to change an institution that obviously does not respect the full range of talents of half of its members?

But here’s the thing: for centuries, despite having their faith practices regulated and mediated by masculine religious systems, women have been empowered by their faith. They have sought God and found their efforts rewarded. In the postmodern era, while theorists have de-mystified structures of authority, spiritual practice has too often been marginalized. For population groups such as women who are already marginalized socially and politically, ignoring the role of spiritual faith altogether results in cutting off one venue to the power that women have historically if quietly, exercised on a personal level.

The local church, as the center of religious teaching and fellowship, is worth improving instead of abandoning.

Thinking back to that day in high school now, I am reminded of one of the most compelling stories in the Bible: Hannah’s story. Like other women born in Israel during her time, Hannah was in a polygamous marriage arrangement and was ostracized for being childless. Hannah experienced great mental anguish over a number of years, despite having a loving husband. One year during their annual pilgrimage to the temple at Shiloh, Hannah’s grief culminated in an emotional appeal for help from God.  She did not ask the priest to pray on her behalf, but went to straight to God, pouring out her heart. Hannah’s silent prayer was so impassioned that the high priest, Eli, believed her to be drunk. Perhaps she felt offended by Eli’s assumption, for she replied “I am no worthless woman” (1 Sam. 1:16).

Hannah was a woman who knew her value and was determined to receive God’s blessing. She decided that if God would only give her a son (which in Hannah’s culture meant significant cultural power) she would return him (and that cultural power) back to God. When God granted her request, Hannah was thrilled to nurture her baby son for a time until proudly taking him back to the temple to publicly give him back to the Lord. Upon returning him, she burst into a beautiful song that would later be echoed by Mary, the mother of Jesus. Hannah’s prophetic prayer-song, breaking the narrative of I Samuel, articulates YHWH as a God who reverses binaries, working through weakness: “The bows of the mighty men are broken, and they that stumble are girded with strength.”

While the implications of Hannah’s story are numerous, when it comes to the issue of women’s roles in the church, I would like to focus on three points that are applicable today:

1. Women’s suffering is often misunderstood by the male gatekeepers of the church

We cannot be sure if Hannah was simply moving her lips or muttering sounds that were unintelligible, but we can be sure that she was transgressing the behavioral norms of her culture. Eli assumed wrongly that wine made her do this; but regardless, how could a man fully understand the plight of a barren woman in a culture that blamed and despised her? He was obviously impressed by her passion but clueless as to how to respond.

Likewise today, women face unique challenges in cultures that often despise them. Women’s bodies are often targets for personal and political power struggles. While many caring men empathize and support their sisters, they cannot fully understand the suffering. Allowing female leadership in churches means there is a resource for half the congregation to be completely understood. Otherwise, overly-impassioned women can be pretty easily dismissed in a traditional masculine hierarchy.

2. God validates leaders, regardless of rules or decisions made by church officials

Surely a person such as Hannah could teach both men and women much about how to pray for God’s blessing. It is important that the church become egalitarian for the church’s sake. Women are empowered by their faith and their religious practices, but all too often their talents are put to use in other venues because they are disqualified from official positions within the church.

The leadership at the church I attended in my youth once argued amongst themselves over the qualifications for elders and deacons. Because Paul says in 1 Timothy 3 that elders and deacons should be “the husband of one wife,” our pastor decided that not only were women excluded from the role but also single men could not be nominated. Angrily, one elder countered back that if that were the case then Jesus Christ himself was not qualified to be an elder of our church. Our pastor simply replied yes that was true. What seems to be an absurdly literal interpretation to many will always be deemed logical to others. Fortunately, God is not subject to human rules or logic, nor does God care about qualifications when raising up leaders.

3. When women are publicly heard and acknowledged, the result is a (more) beautiful song

Hannah relishes the moment she can bring the child God gave her back to the temple. Yes, she was keeping her promise to God that she would give him back, but also her personal blessing now became public knowledge. Everyone could now see that God had heard her prayer and answered it. This brought glory to God and validation to her quest.

When I was told at age 14 that I could not pray out loud, I was not upset because I felt that God would not hear the prayer in my heart — of course God would. But without public acknowledgement of my ability to pray, some part of my song was squelched.

So many of us, men and women alike, are tired of having our songs squelched by the gatekeepers of the church, where we go to worship a God who is not bound by cultural convention or church bylaws. We have much work to do on an earth that is filled with horror stories and too many suffering people. The church needs all the leaders it can get, using all of their gifts to the fullest in order to be the light shining in the darkness. 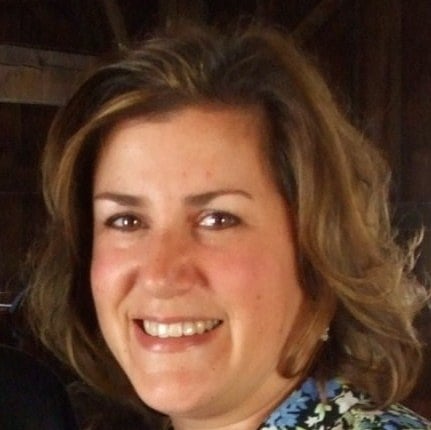 is a freelance writer living in Fort Wayne, Indiana. She holds degrees from Milligan College, East Tennessee State University, and Ball State University and recently founded WordPro Editing, a proofreading and tutoring business. She enjoys traveling and being a volleyball mom.