Mentoring in the Church: Apollo had Priscilla, Phoebe had Paul

One of the most valuable assets for any developing leader is a mentor.

Joshua had a great one in Moses, Elijah had Elisha, Apollo had Priscilla and Aquila, Timothy and Phoebe had Paul, Mary had Elizabeth. All of them became more skilled at operating in their God-given call because of the people who were willing to invest in them and their future as people by whom the growing church would be encouraged in its divine mandate to build the Kingdom of Heaven. By definition, a mentor is someone who has already been where you want to go. This is a person who not only knows the way but also is willing to show the way to less experienced travelers on the journey.

Leadership abounds in the Church at large. Every new generation experiences a powerful surge of rising leaders ready and willing to take their place at the helm when their time comes. Thanks to a combination of factors including experience, facing facts, awareness of civil rights, intelligently re-evaluating muddled theology and ancient, deep-rooted mindsets, as well as the power of the internet, more of those rising leaders are women than ever before.

There are now more acknowledged women leaders in every sphere of influence than at any other time in history.

Empowered by higher education and the willingness of thinking people to judge others on their merits rather than their plumbing, women are moving into senior roles in the corporate world, politics, churches, mission groups, and charity organisations. They’re standing tall on platforms to tell what they have learned, and seeing them, others are envisioned and empowered to rise up and embrace their own call of God. In this way, the world is being changed. But there’s a fly in the anointing oil. Though many women are leading powerfully and with great skill and effectiveness, they are still hugely outnumbered by men.

A mentor is a tremendous gift to a rising leader, but for those in contexts stuck on single gender mentoring, the grim truth is that most female leaders will never be mentored.

The in/famous Billy Graham rule in which any male leader worth his salt must not ever be alone in the company of a woman, means that the chances of women leaders being shown the way along the road by a more seasoned leader are very slender. For this reason, multitudes of women are rising to their leadership call in the Church world with only peers to encourage and advise. We all appreciate support from colleagues and friends, but they don’t take the place of experienced leaders actively helping develop leadership capacity.

Women constitute about 10% of church leaders. Factoring in that there are equal numbers of emerging leaders of both genders, the few women leaders out there are already overwhelmed with potential mentees. As long as same-sex mentoring is the norm most women will never have the opportunity to be mentored by a senior leader.

Leadership needs to be intentionally modelled in a gender-equal format in order for a reshaping of culture to take place. When there is lack of provision for ongoing leadership development of women, which is possible even in churches that give lip service to gender equality, the dearth of training opportunities becomes an occupational hazard for many women.

Fears of sexual immorality because of male/female mentoring relationships only serve to add to the scarcity of women leaders.

I don’t know a woman leader who hasn’t endured the humiliation of being ignored and side-lined in conversations at leadership events, or felt the ignominy of being held at arm’s length by peers or potential mentors, who apparently fear being overcome by such unbridled lust that they will be unable to resist engaging in an illicit affair. This kind of treatment is not something that happens occasionally; it is the norm for many women leaders. There have been many times when I, and others I have spoken with, have been sorely tempted to say: ‘Honestly sir, you’re kidding yourself.’

The world has been able to work this one out. What is the problem with a people of whom it is said they are filled with the Holy Spirit, one of the fruits of whom is self-control? Our Leader is the source of purity and yet we think we can protect ourselves by implementing more rules and regulations. We’ve all been around long enough to know that anyone intent on moral failure will find a way around every rule. In fact, immorality appears to be more of an issue in churches and organisations that focus on women as potential threats to every ministry than in contexts in which they are given equal respect and value to men.

Ephesians 4:12 instructs leaders to equip the saints for works of service. There is no mention of gender here; it is we who do the genderizing.

The Church needs a culture of mentoring, regardless of gender. For the Kingdom of God to operate with maximum effectiveness we must build into the framework of every Christian organisation an expectation of mentoring and being mentored in a way that most suits the development of the gift, not allowing rigid and awkward gender issues to derail the empowerment of good leadership.

Principles for staying safe are not difficult. Just be sensible. When you meet for coffee, do it in an open place in your own town, in a place frequented by people you know. Most church offices have a glass panel in the door, but you could leave the door open if that would be more acceptable in your context. Try a cross-gender group mentoring, especially with developing leaders, but make sure that everyone is equally involved and one sex doesn’t dominate. Choosing not to get into an elevator or a vehicle with someone of the opposite sex is untenable; some of the best ideas come out of meetings that take place in elevators and cars. Regularly have times in which staff brainstorm ways of having ethical relationships with peers regardless of their gender.

If you’re having a social event, invite the mentee’s whole family, and vice versa. Mentoring works well in open and transparent relationships. That happens so much more naturally when you’re doing life together.

As architects of culture, it’s vital that we create and establish ways of carrying the Kingdom of heaven with power and grace so that the events that happen on our watch are ones which further the cause of Christ well into the 21st century.

For more on this topic also see:

The Secret of Mentoring: Give What You Have by Bev Murrill

Relationships of Welcome, Not Fear by Karina Kreminski

Gender is Irrelevant: A Response to CBMW’s Call for Masculine Mentoring by Tim Fall 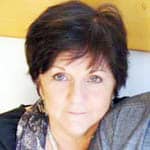 has over 30 years of experience leading churches along with her husband, Rick. A native Aussie, Bev ministered in the UK for almost two decades, but now speaks and consults in leadership settings across the world. She is the author of two books, "Speak Life and Shut the Hell Up" and "Catalysts: You Can be God’s Agent for Change". Rick and Bev have been married for 44 years and have four married children and 10 grandchildren. Click on Bev's name to visit her website and learn more.