I can’t imagine a world in which it would be culturally acceptable for a hostess to walk up to her guest of honor and ask him to have a word with her sister, who was not anticipating the needs of her guests with the same alacrity as the hostess (especially loudly enough for at least one eyewitness to hear and write about it). That is not the world that I live in, and it was certainly not the world that Martha of Bethany inhabited.

I’ve heard quite a number of sermons about “Mary and Martha” over the years, and they have all had the same tenor: Strive to be more like Mary and less like Martha.

Martha has come to represent the influence of the world (with her distraction and busyness) and Mary seems to represent the ideal Christian woman, sitting at Jesus’ feet, at least, in the eyes of many Christians I’ve heard speak.

Just over a year ago, I was captured by the story of Martha. It was a season of recovery for me. I was having trouble finding the strength to “do” my faith the way I’d been taught through my formative years. Have you ever had a Biblical person reach out and grab you, asking to be noticed? That is what happened with Martha. I haven’t been able to stop reading her story since, over and over.

Martha is a strong character, complex and layered and rich.

She welcomes Jesus into her home, she addresses Him directly, without fear of reproach (and He answers her with respect and love, not with rebuke). When her brother has died and she hears that Jesus is coming, she leaves her home and those who have come to mourn and goes out to meet Him, to confront Him with these words: “Lord, if You had been here, my brother would not have died. Even now I know that whatever you ask of God, God will give you.” (John 11:21b-22 NASB). Those words sound remarkably like something I would say to God. Indeed, they sound like words I have said.

Martha goes on, in that passage in John, to give one of the most complete confessions of faith spoken by anyone in the gospels, right in the midst of her grief at losing her brother. Of course, Mary is there too. She also has a conversation with Jesus, and He weeps with her. But unlike the all too common modern interpretation of these sisters, no judgement is placed on Martha for walking out to meet Jesus, or on Mary for choosing to stay behind.

While there are many who might identify with the role that Mary played in this miraculous story in John – on the sidelines, quiet and crying, undone by grief – I see myself in Martha’s responses: a bit of anger at Jesus’ delay, an intellectual struggle with resurrection and what she has believed Jesus to be, and a practical caution against opening a tomb because of the smell.

Jesus said to her, “Did I not say to you that if you believe, you will see the glory of God?”

But while I identify with Martha, as she takes charge and refuses to beat around the bush, I do not want to demonize Mary.

Both sisters welcomed Jesus into their home (together with their brother, Lazarus). Both sisters sent word to Jesus to tell Him that Lazarus was sick. John 11:5 tells us that Jesus loved Martha and Mary and Lazarus (although I will admit that my Jesus Feminist heart loves the fact that Martha is mentioned first in this verse). Mary sits at Jesus’ feet and listens to Him and, perhaps unexpectedly, anoints His feet with her hair, garnering all sorts of critical attention.

Both Mary and Martha are human and nuanced, they are not opposite sides of a dichotomy.

In the process of sitting with Martha, I have learned to listen to Mary’s story as well. It is likely that I won’t be the one who stays behind when I hear that Jesus is coming (especially if I have something to say to Him), but I want to honor the people (women and men) in my life who do. 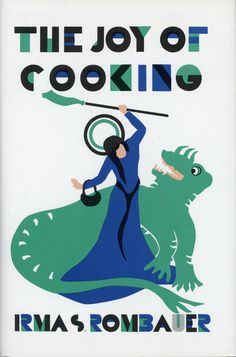 Recently, I had a party to celebrate St. Martha’s Day (which is July 29th, for the interested). I invited a small group of like-minded friends and cooked with abandon (Martha is the patron saint of cooks). During this process, I discovered that the original Joy of Cooking was illustrated with an image of St. Martha fighting a dragon (mythology suggests that she slayed a dragon at some point after the gospel of John). While everyone was eating the main course, I read both stories aloud (from Luke 10 and John 11). I looked around my table at the faces of complex, thoughtful people, gathered to celebrate a woman so often cast aside, and just as Jesus told Martha she would, I saw the glory of God. 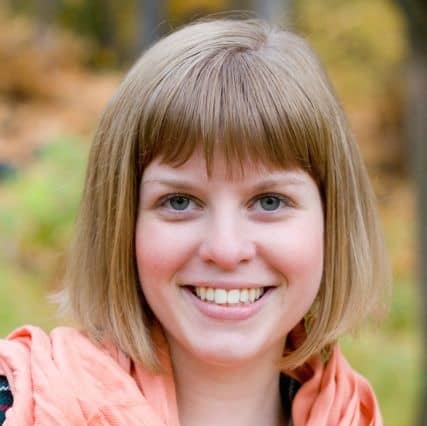