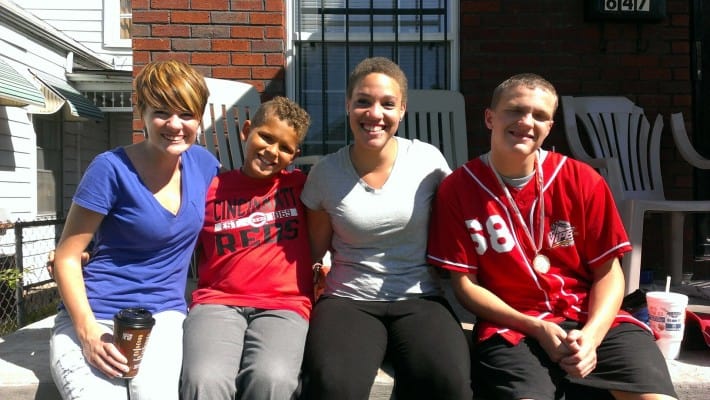 We are a mix of races, disabilities, eye colors, athletic abilities (or in my case; lack thereof) , heights,  etc.  We were brought together through adoption.   Nobody thinks we look alike.  That doesn’t stop us from trying to pretend to look alike.

“Well, I know that Ashley and I don’t look alike, but our eyes are similarly colored and our birthmarks are kind of shaped the same way” – real-life comment from me.

Literally, every member of my family participates in this weird “we look alike” ritual that nobody outside of our family understands.  It’s difficult to identify as a family when the family doesn’t look like it belongs to one another.

I wonder how often believers feel like they don’t look like they belong in the body of Christ.   I wonder, because I have those same feelings- particularly in regards to being a “Christian Woman”.

I would argue that the church has been obsessed with my image.

“Modest is Hottest” was something that was told to me over, and over again.  In youth groups.  In the books I read.  It was everywhere.  I wasn’t particularly concerned with being “modest” or “hottest”.  But after years of hearing messages like:

When you dress and behave in a way that is designed primarily to arouse sexual desire in men, you are committing pornography with your life.” – Joshua Harris, Sex is Not the Problem (Lust Is)

If you look like a piece of meat, you’re gonna get thrown on the BBQ.  It’s that simple.” -Justin Lookadoo, Dateable

…it was impossible not to become consumed with the way I looked, the way I dressed, and the stark contrast between who I was and who God is.

Those quotes came from popular Christian literature that I grew up with.  Maybe you don’t find those quotes shocking.  But they communicated very specific messages to me- that I wasn’t worth respecting as a person if I didn’t fit within the “good, Christian girl” box.  If I fell outside the box I was devalued, and in the case of Lookadoo, even deserving of assault or rape.

I remember being told that I shouldn’t sway and dance to the worship music because it would be distracting to the males I would be worshiping with; which made me think their worship was more valued than my worship.  Their bodies were “good” and innocent, whereas my body was inherently sinful.  I was seen as a potential temptation to sin rather than as a human being.

The message I took away was that men were created in the Image of God, and I clearly wasn’t.

It is difficult to find your identity in being created in the image of God when the God that is depicted doesn’t look like you.  If finding my identity as a woman and a Christian is this difficult, I cannot fathom the challenge in finding identity for my brothers and sisters that are people of color or members of the LGBT community.  I think that all of us have probably been hurt in the name of holiness somewhere in our walk, and have been made to feel like we don’t belong and that we have no value.

It’s easy to feel like we aren’t invited to the table.  That we aren’t part of the family.  That we are the ominous, ever-present, “other” of the church.

It can feel hopeless. But my dear brothers and sisters, we have not been called to hopelessness.  I’ve been reading the story of the crippled woman in Luke 13.

Now he was teaching in one of the synagogues on the Sabbath.  And behold, there was a woman who had had a disabling spirit for eighteen years.  She was bent over and could not fully straighten herself.  When Jesus saw her, he called her over and said to her, “Woman, you are freed from your disability.”  And he laid his hands on her, and immediately she was made straight, and she glorified God.  But the ruler of the synagogue, indignant because Jesus had healed on the Sabbath, said to the people, “There are six days in which work ought to be done.  Come on those days and be healed, and not on the Sabbath day.”  Then the Lord answered him, “You hypocrites!  Does not each of you on the Sabbath untie his ox or his donkey from the manger and lead it away to water it?  And ought not this woman, a daughter of Abraham whom Satan bound for eighteen years, be loosed from this bond on the Sabbath day?”  As he said these things, all his adversaries were put to shame, and all the people rejoiced at all the glorious things that were done by him.” Luke 13:10-17 ESV.

The crippled woman was on the outside of society and of the church; disabled and a woman.

Jesus broke the rules of society and of the religious constructs of the time to heal her on the Sabbath, and then spoke these beautiful words:

When I imagine this moment, I can almost feel the stunned silence after Jesus gives her that title.  The shock in the room feels tangible to me.  And it would have been shocking.  “Son of Abraham” would have been a familiar phrase, but never a “daughter of Abraham.”  As far as we know, such words had never been spoken before.

There are going to be real moments when you don’t feel like you belong to the family.  And, just like my family carries an intangible “Blair” identity, we carry an identity that unites us as one body as well.  We each matter.  We are each valued.

Maybe we need to start looking for similarly shaped birthmarks instead of pointing out the incredibly obvious differences between us.

Posted in Women and the Bible, Women and the Church
Tagged as daughter of Abraham in the bible // Jesus and women // women in the new testament 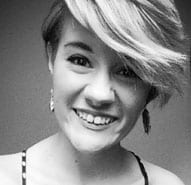 is a Cincinnati girl who loves cats, community theatre, and extreme amounts of coffee. She works in Customer Service, but has a passion for empowering people through the love of Christ. Kayla has worked in various youth groups throughout the years and is currently striving to discover what “faith in action” is going to look like for her life.