My first official contact with women struggling for equality was as a young reporter.

Some women had chained themselves to the front of a government building. I arrived with an open mind, but they refused to talk to me because I was “a man”. So I headed back to the news van. In those days, it was a story the Media could easily ignore. Fortunately, one of them had a change of mind and called me back. I covered the story, they got their publicity, and I began to wonder about issues of equality.

Looking back, my mother was a feminist. But she was many other things also. She was a researcher for a national women’s magazine. So when she talked of sexist behaviour, marital rape, workplace inequities, and the ordination of women, it was all too easy to label these as “yet another of mom’s passing passions” – along with participating in anti-war marches and lobbying for animal rights.

I came to realise she was ahead of her time. But at the time she seemed “eccentric”. She certainly did not fit in with the Stepford Wives at the local Catholic school. In her youth she had put up her age and joined the Army, rising to be an officer at a time when women were largely invisible. She had wanted to be a spy during WW2, but failed selection because she insisted on keeping her British accent.

Her idea of a “good time” was climbing gates to attend a big dance, shooting big guns at German aircraft, and managing a live-ammunition warehouse. She also trained her “girls” in germ warfare at Porton Downs. Raised in a conservative (Irish) Catholic family, she had a lifelong love-hate relationship with the Church, which she saw as male-dominated, anti-women, oppressive, corrupt and worldly. Despite this, she was incapable if leaving it.

When I married, I discovered my expectations were different from my wife’s. She was uncomfortable with mutuality and equality. She found it threatening. Her family had been rigid and male-dominated. Her mainline Protestant experience had reinforced this rigidity.

A few years after becoming a Christian, I began studying Theology. Having made my commitment to Jesus at an evangelical Anglican church, it seemed ‘natural’ to attend one of their colleges. The academic standard was high. But there was a lack of genuine Holy Spirit ministry, the college officially opposed church leadership by women, and marriages were expected to be complementarian. In practice, this complementarianism was strongly hierarchical, controlling and even manipulative. In other words, women were expected to do what they were told by men (and not simply their husbands). Church management reinforced this culture.

I found it odd and disturbing that women were endorsing and promoting the very same culture that oppressed them. I was reminded of the Stockholm Syndrome, where captives voluntarily surrender their independence to the perpetrator. Something was very wrong in this end of God’s Kingdom. While I was attracted by the academic rigour, and inspired by the zeal for the Gospel, I was repelled by the locked-down spirituality and the limitations on women. So I left the college and returned to my work as a journalist and editor. Eventually I returned to studies, become a bi-vocational Minister, and later a full-time Pastor in another denomination.

During the years around Bible College, I developed a thirst for a deeper spirituality. Not ‘deeper’ in the Gnostic sense of gaining special secret knowledge in order to be superior to others; but rather a deeper heart-connection with God, along with a deeper transparency, authenticity and even vulnerability with others. The answer came in a Holy Spirit encounter. This brought me into a Pentecostal spirituality.

Two key Pentecostal distinctives are openness to the Spirit and equality of the sexes in ministry (Acts 2, especially verses 17-18). These attributes (openness and equality) are not independent of one another; they are connected.

This is because God chooses both women and men, first as individuals, and at times together, to lead churches and ministries in the power of the Spirit.

In an ideal world, local churches and their selection committees should have enough spiritual maturity to recognise the Spirit’s anointing and make the right appointment. But reality can be different.

Sometimes, in haste to fill a vacancy, churches appoint people who are immature. A cultural preference for men continues without question. People who (mistakenly) see ministry as a ‘career’ are appointed. People who see ministry as an opportunity to break through the ‘glass ceiling’ but who lack pastoral passion are appointed. People with unquenchable egos are appointed – with disastrous results. I read of one Lutheran church that appointed a Muslim chaplain as their minister because he was “a nice guy”!

Meanwhile, women who have a right attitude and who are chosen and anointed by God are overlooked or undermined. I question whether churches that consistently block God’s choice can really be considered ‘churches’ at all.

One of my greatest disappointments has been those Pentecostal churches that proclaim they have an “Acts 2 faith” yet contradict this with a culture imported from the world rather than the biblical equality of Acts 2 and Galatians 3:28 (“There is neither Jew nor Greek, there is neither slave nor free man, there is neither male nor female; for you are all one in Christ Jesus”).

Currently I’m pastoring in a church that says it is open to women in senior roles. But, in practice, this is not always the case. A certain resistance, reticence, and even ‘blindness’ persists. Moving women up the ladder’ can be difficult.

The challenge, contrary to this culture of indifference and exclusion, is to open doors of opportunity to women who are both talented and anointed. Only then can the Pentecostal claims of openness to the Spirit and equality of the sexes in ministry be shown to be authentic. Otherwise, we may find ourselves directly opposing God while telling ourselves we are doing his will as Saul, who became Paul, discovered (Acts 9:3-5).

Posted in Biblical Equality, Personal Stories, Women and the Church
Tagged as egalitarianism // sexism and gender equality in the church 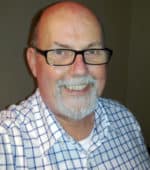 Terry pastors in a multi-site Pentecostal church in Australia. He has held senior ministry roles in the Anglican Church of Australia, the Uniting Church in Australia, and Australian Christian Churches. He has also been a Director of two of the nation’s largest mission organisations – Wesley Mission Sydney and Anglicare NSW. Terry’s daughter, Elle McCutcheon, is a pastor in an ACC church in a large regional centre.