Advent and the Agency of Mary

Few women in the Bible are more interesting, inspiring and the focus of devotion as Mary, mother of Jesus. With the Advent season upon us, she is receiving even more attention. Tomes of theology and vast collections of art have been created in her honor.

When we consider the Christmas story, Mary comes a very close second to Jesus himself as a leading character, and with good reason. This brave young woman was the human vessel in which the God-made-flesh was conceived. It was from her own strong body that the body of Christ was birthed into the world. Indeed, blessed is she among women – among all people!

Mary, clearly freaked out by this visit and what it might mean, is immediately uneasy. So the angel attempts to comfort her, “Wait, don’t freak out, Mary. God is super pleased with you. So pleased, in fact, that you’re going to become pregnant and give birth to a baby boy! When he’s born, call him Jesus. This kid is going to be very important, the Son of the Most High. God will even put him on the throne of David, to reign over your people forever. His kingdom will never end!”

“Hold on one sweet second there, angel,” Mary replied, “How is that even possible? I’m still a virgin.”

“The Spirit of God will come to you — that’s right, the very power of the Most High will come over you. The holy child will be called the Son of God!”

“I am the servant of the Lord. Let it happen just as you say.”

Let’s stop here. It is critical that we do not miss the powerfully profound nature of Mary’s response. Read her reply again:

“I am the servant of the Lord. Let it happen just as you say.”

Do you see what happened there? Our over familiarity with the story can cause us miss it, but Mary did something astonishing. She chose to accept God’s plan. This might not sound like much of a new insight until we consider that, by indicating she freely accepted this great responsibility, we realize that she was free to refuse.

Mary could have declined being the mother of Jesus, the vessel through which the incarnation entered the world. Some will argue that God’s will is absolute, that Mary did not truly have the choice. But her agency in this moment is critical. In that moment after the angel informed her what would happen – in that momentary pause before she answered – she was free to choose.

Not only is this a powerful example of God affirming and respecting the freedom of individuals – and not the least the agency women should have over their own bodies – it stands as an example for all of us. In the same way, as we live into the world as followers of Jesus, we are given the freedom to participate (or not) in the sacred work of embodying the love and service of Jesus in the world around us. God’s will for our lives will not just happen to us, it won’t be thrust upon us. Rather, God invites us to participate in His incredible (if, at times, costly) work of love in the world.

Further, and perhaps more importantly, it stands as an example to followers of Christ on how we are to represent God to the world around us. Too often our zeal and conviction lead us to represent our faith as though Jesus is a conquering king who will take His kingdom by force.

Yet, there are few stories better than the Christmas tale to remind us that Jesus, King of Kings though he is, chose to come with humility, vulnerability and self-sacrifice. He was heralded, not to world leaders, but to shepherds. He was honored, not by the religious leaders of his own people, but “pagan” wise men. Jesus, unquestionably the one person who could rightly demand submission and obedience, instead chose invitation.

And so, this Christmas season, how will we respond? What will it mean for us to say with Mary:

“I am the servant of the Lord. Let it happen just as you say”. 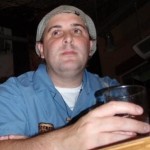 is an author and pastoral leader at Little Flowers Community, an inner city faith community in Winnipeg. His books include “The Cost of Community”, "Vulnerable Faith", "The Last Verdict" and many more. He's married to his Australian wife, Kim, father to his Ethiopian son, Micah, with a new baby girl due before the end of 2016.