8 Ways to Rethink the Conversation About Singleness

These days there is more emphasis on marriage and family than ever.

My social media feeds are full of articles and posts about gay marriage, sex in couple relationships, the struggles and joys around creating a healthy Christian marriage, the sadness of miscarriage, the intricacies of parenting, the wars around household chores. I could go on and on. This is all fine, but my concern is that articles about healthy marriage abound whereas articles around healthy singleness are much less popular.

Interestingly, the debate about gay marriage has served to harden traditional evangelical views around marriage. Fear is growing among many Christians that unless we protect the institution of marriage our civilization, as we know it, is in peril. I think this is partly what is behind the many books and articles being written about marriage.

Ironically, this is happening at a time when we should not be focusing on marriage but on singleness.

I can understand the gravitation towards a fixation on marriage; I can even understand that this relationship is very important to God, so it is worth investing in and nurturing. But I can’t fully comprehend the present obsession with the marriage relationship.

Demographic studies show that singles (adults never married, divorced, or widowed) make up from 24-51% of population in the Western world. Even those who choose to marry are doing so later (age 29 for men, 27 for women), so they are single for the first decade of adulthood.

At a time when more people than ever are choosing to be single or simply end up that way, at a time when the church is telling people with a homosexual orientation that they must remain celibate, at a time when singleness should be encouraged as a viable option for serving God’s mission in the world, evangelicals are fixated on the marriage relationship.

I think this conversation needs more attention.  So here are some thoughts around how we can be more inclusive of singles and change the conversation around singleness today.

1. Recognize the privilege that married people with children hold

My friends keep telling me how hard it is to be married and have children. I agree with them. I am a pastor so I know about the struggles married people have. In counselling sessions with church members I hear about the difficulties that surround the intimate sharing of two lives. My married with young children friends are some of the most stressed out people I know.  However, people who are married with children are the norm in society almost in every way possible.

Food is packaged for people married with children, government policies are designed around them. Sermons focus on marriage development and marriage retreats are given priority. We celebrate marriage, births, and anniversaries with social media posts and parties. The idealized and sometimes idolized trajectory of life is marriage, having kids, owning a house, retirement, and then the enjoyment of grand kids. This progresses to our twilight years being spent together reminiscing nostalgically about the past. There’s nothing wrong with this narrative. I just wish alternatives stories were promoted more in society.

Living differently from this normative cultural narrative can be just as fulfilling, rewarding, and challenging.

When we persist in marginalizing alternative narratives it’s no wonder we see so much loneliness, grief, FOMO syndrome (fear of missing out), and despair prevailing in our communities. Married couples with children carry a privilege they need to be aware of regardless of the difficulties they face in life.

2. Include people who are single in your family life

Perhaps because many families are stressed out and feel threatened by life they tend to withdraw and internalize. The focus becomes the maintenance of the immediate family and if there is room for anything else, it might be other families who are similar.

It is a myth that single people do not want to connect with families.

Sure, sometimes the conversation around nappies, schools, and sickness can get a tad monotonous, but it brings an important dimension to the lives of single people. Singles need to reach out to families and families need to share their lives with singles who need the support and strength that comes from the comfort of the family system.

I have already implied that our society idolizes the nuclear family. I think this happens even more so in the church. Family life is sacred and to be protected from intruders at all cost. When I was pastoring the most common objection to involvement in ministry went something like, “We are spending time with the family and so cannot give more to the church”. To impede on that family time was a sin.

Think of the perfect image of the senior pastor or youth pastor. Usually that picture will be a man with a supportive wife and children. Anything outside of that picture signals complication, discomfort, and even confusion. How did we get to be this way?

Church history tells us that celibacy was once the norm for ministers, saints, nuns, and monks.

Even though the Desert Fathers have been exalted in church history, there is now a re-visioning of this narrative which more accurately conveys the work of Desert Mothers, usually single, who made a substantial contribution to the mission of the church. I am thankful for this re-visioning. Married people with children will always be the norm, but we can work to make sure single people do not feel excluded and marginalized.

Many theologians are courageously delving into Trinitarian theology and thinking about how we can ‘apply’ the Trinity. As we look at the dynamics we see that the three in one are community in deep relationship with each other.  If we are made in the image of God, then we are also relational and interdependent rather than independent human beings. We need each other, and more, we long for each other because we have community stamped into our DNA.

If this is true then we need to seriously think about doing community better as God’s church. Where else can there be bold witness to the image of God but through the church as we reflect that image? True community means that all are included and no one is marginalized. Married and single people worship together in the presence of and bearing witness to Father, Son and Holy Spirit.

5. Pay attention to the specific concerns of single people

One myth still being perpetuated is that single people have more time on their hands, so times of rest and refreshment come more easily than to married with children people. This is not true. Many single people, especially if they have heard the call of God to forsake marriage normativity, are often stressed, lonely, and over committed. Sometimes this simply comes with the burden of living lives worthy of the call, but other times this can be a pressure that is too heavy for single people. We need friends who care enough to intentionally check in on us to make sure we are not over-committed. Don’t assume that a single person has these kinds of friends in her or his life.

6. Stop being fearful of people who are single

This may sound a little dramatic, but I think many people are fearful of single people. Sometimes it can be a fear that comes from confusion or puzzlement. “I wonder why they are single?” I often hear people say. Instead of coming closer to the person, withdrawal happens as that person is seen as different or is even treated suspiciously.

As a woman I am sometimes accused of being “careerist” and too selfish to think about marriage and children.

I also get told that I am too independent. Sometimes I am thought of suspiciously by wives who are worried about predatory-like behavior from me towards their husbands, or alternatively, unfaithful behavior from the husband. I think that single men face prejudice on another level altogether and support networks are even more difficult for them. Let’s break through some of these unhelpful suspicions and fear and see the humanity that lies in each of us; then treat each other with respect and compassion.

If we believe that the church is the embodiment of the good news of the gospel in our world, then we need to incorporate a more thoughtful view of community in the church. I am surprised by how often the image of community is left out in usual pictures of the church.

We emphasize the family image but have contaminated that notion with un-biblical and prejudiced paradigms.

For example, church traditions that teach that a woman’s God-ordained role in life is to be a wife and mother at home communicate that women are somehow “less then” or settling for second best if they remain single.

We need to peel back these prejudices and think together about what it means to be true community as the church. I have written more about my frustration with the church’s practice of community here: http://www.missioalliance.org/stop-using-word-community-unless-mean-part-one/

8. Employ people who are single in ministry

I have faced prejudice as a single person in ministry. Often single people are not considered for roles because it is thought they will not be able to understand the issues married people face.  Should not the church be a little more countercultural than this?

Single people are more prone to economic disadvantage, so the church should be employing more single people if possible. There is no good reason to not employ a single person if there is a biblical view of team within the ministry of the church. As we complement each other, each person’s gifts support and shape the overall mission of the church. As married people and single serve together, the body of Christ works harmoniously and mutually.

As I re-read this I wonder if I have been too vocal, too harsh.

I ask myself if I have come across as a victim or whether I have been unfair to married people with children. I hope not. I have great hope in God’s church. His Spirit is at work to purify reform, refine, and transform us into a people who are counter to the values of this world. I am thankful for those who are writing about and intelligently raising awareness around singleness for our times.

May God’s Spirit continue writing the story of the kingdom through us, and may that story bear evidence to the glory of God’s church in the times in which we live.

More on Singleness in the Church

Singleness and women in the church by Katelyn Beaty

A Liberation Theology for Single People by Christena Cleveland 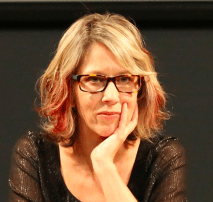 is Lecturer in Missional Studies at Morling College Sydney in Australia. She has over 15 years of ministry experience, including serving as Senior Pastor for 8 years in a suburban church in Sydney. Karina has a doctorate from Regent University in missional church formation and is looking into planting a church in the inner city.