Mother’s Day makes me think about God’s maternal side.

Christianity has been guilty of a patriarchal history that has been oppressive of women. Our conception of God as masculine, e.g. God as Father or King, certainly contributes to our slide into patriarchy. Although written in patriarchal contexts, the Bible itself does not refer to God exclusively in masculine metaphors. There are, albeit few, feminine metaphors used to describe God in the Bible. In this post, I want to highlight the maternal or motherly metaphors used.

One of the common images is God as a mother bird sheltering her children under her wings. We see this in Ruth 2:12 – “May you be richly rewarded by the LORD, the God of Israel, under whose wings you have come to take refuge.” (All references are from Today’s New International Version.) The Psalms used this imagery a number of times:

Jesus picks up these images when he laments over Jerusalem:

“Jerusalem, Jerusalem, you who kill the prophets and stone those sent to you, how often I have longed to gather your children together, as a hen gathers her chicks under her wings, and you were not willing.” (Matthew 23:37; Luke 13:34)

These images paint God as a protecting and sheltering God for his people. But a variation of this image paints a God who also pushes his children to be independent and to grow stronger. Mother eagles are known to teach their young ones to fly by deliberately pushing them out of its nest but catching them before they plunge to their doom: “[God] guarded [Jacob] as the apple of his eye, like an eagle that stirs up its nest and hovers over its young, that spreads its wings to catch them and carries them aloft.” (Deuteronomy 32:10-11)

Before we claim that the Bible only reinforces stereotypes of motherly warmth and care with these images of God, check out Hosea 13:8 – “Like a bear robbed of her cubs, I will attack them and rip them open,” says the Lord. Here, we see that the maternal instinct to protect the children can produce wrath as much as warmth. Beware the fury of a mother! No sentimental mother-image here.

Of all the prophets, Isaiah seems to be the fondest in painting God as an actual human mother as these three verses attest:

“As a mother comforts her child, so will I [God] comfort you; and you will be comforted over Jerusalem.” (Isa. 66:13)

“Can a mother forget the baby at her breast and have no compassion on the child she has borne? Though she may forget, I [God] will not forget you!” (Isa. 49:15)

That last verse is one of my favourite verses for use in the assurance of forgiveness in a worship service. I like it for its compassionate and faithful portrayal of God but also because it is one of the few feminine images of God that I can use in a service. It reminds the congregation that God is beyond gender; the gender pronouns are simply metaphors to help us understand God who is always beyond our full understanding. As theologian Lynn Japinga wrote, “Language about God should help us to understand and encounter God, but we should not confuse the reality of God with the limits of our language.” (Feminism and Christianity: An Essential Guide, Abingdon: 1999, p. 64)

I know there are many conservative Christians who are uneasy with using feminine images for God. But using female metaphors for God is not a radical feminist innovation as the biblical passages above show. It is also part of early Christian history. Here, I refer again to Japinga:

In the second century Clement of Alexandria mixed his metaphors in his description of Christians nursing at the breast of God the Father. Medieval mystic Meister Eckhart described God’s activity: “What does God do all day long? God gives birth. From all eternity God lies on a maternity bed giving birth.” (Feminism and Christianity, p. 65)

It is true, however, that despite these maternal images, the Bible never used the feminine gender for God, and never called God “mother”. In an ancient patriarchal culture, it is not surprising that the ancient Hebrews used masculine pronouns for God. But I don’t think that was to suggest that God has a masculine gender.

According to the Hebrew scholar Samuel Terrien the reason the ancient Hebrews never called God “Mother” was that “they reacted against the allurement of the Mother Goddess cult because they somehow sensed the difference between true divinity and deified nature.” (Till The Heart Sings: A Biblical Theology of Manhood and Womanhood, Eerdmans, 1985, p. 60) According to Terrien, ancient mother goddess worship, unlike certain modern-day revivals, was never about empowering or glorifying women. It was about glorifying Nature, with a capital N. It was born not from a veneration of female humanity but rather born from a confusion of the divine with nature; in essence, Mother Earth was worshiped as Mother Goddess.

Thus, all that are primary issues with nature, i.e. fertility, sexuality, life, health and death, were associated with the ancient Mother Goddess cults. These religions tend to merge sex with religious ecstasy and economic security (agriculture and husbandry). It is not surprising, then, that many of their religious rituals involved sexuality, even temple prostitutes.

Hence, the Old Testament’s refusal to call God “mother” was not a misogynist act. It was an attempt to emphasize God’s transcendence over nature and to steer away from the ancient goddess religions that over-emphasized divine immanence in nature. Neither was calling God “father” a glorification of human fathers or males but rather, the Old Testament consistently merged the images and metaphors of the fatherly God with motherly compassion and love, as the maternal images above suggest.

Something True About God

Mother’s Day is as appropriate as any occasion to recapture the biblical maternal images for God to help us see further truths about God. “People described God in feminine terms, not because God is actually a woman, but because feminine or maternal traits say something true about God and about their experience with God.” (Japinga, Feminism and Christianity, p. 66) The same must be said of masculine and paternal images for God. We must not confuse these metaphors with God’s reality. 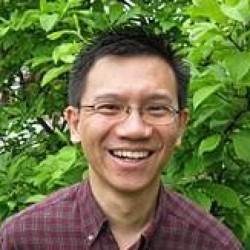